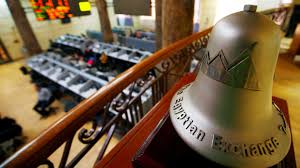 Capital Economics has predicted that the Egyptian Pound (EGP) will fall again against the dollar.
The economic research company said that the EGP appreciation is likely to discontinue even though it is
performing at its best since the beginning of the year, expecting it to lose all its gains and return to 18
EGP against the US dollar by the end of 2019.

The improvement of the EGP partly reflects the improvement in the balance of payments since
floatation on November 3, 2016 when it lost 50% of its value, as well as competitiveness due to the low
exchange rate that takes into account differences in inflation.

Capital Economics explained that there are several reasons why the pound is unable to retain its gains,
most notably the rise in inflation from trading partners, with the exception of Turkey, noting that the
recovery of the global economy will increase pressure on emerging markets and currencies.
Capital Economics also predicted the intervention of the Central Bank to ensure that the devaluation of
the currency will be gradual, with strong reserves holding imports equivalent to more than 7 months.
The company raised its forecast for the EGP to 18 pounds to the dollar by the end of 2019 and EGP 19 to
the dollar by the end of 2020.

Meanwhile, any rise in the value of imports would be undermined by more than one factor, including
the vacant energies of the economy, which could limit price increases and allow the Central Bank to cut
interest rates by 2% before the end of 2019.

It should be noted that the previous period witnessed a wave of USD decline, and the EGP rose in turn to
its highest level in two years.

Central Bank said that the decline was due to the increase in foreign exchange inflows, but this was not
reflected in the decline in the value of the dollar in commercial markets as prices continue to rise.