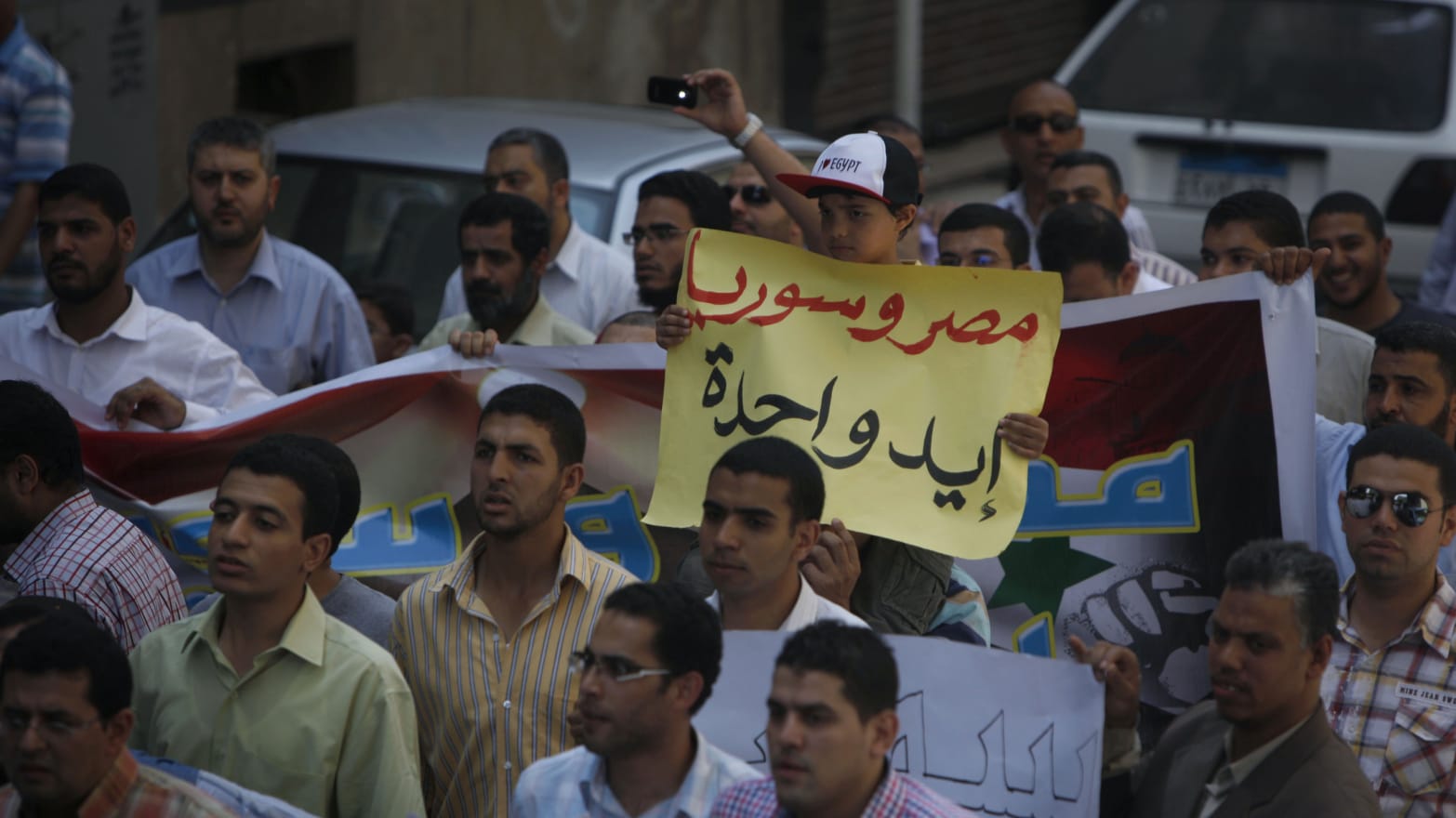 Thousands of Egyptians took to social networking sites to express their love and solidarity with Syrian refugees living in Egypt. This came in response to an incitement campaign that was waged against them.

The campaign was instigated following a post from a former leader of the Democratic Jihad Party who said that: “the economic activity of the Syrians in Egypt is financed by the international organisation of the Muslim Brotherhood and represents money laundering operations for some terrorist groups.”

Following this comment, Samir Sabry, a lawyer close to national security, presented a statement to the Attorney General demanding legal action to reveal the sources of Syrian funds coming to Egypt.

“The Syrian’s funds have permeated Egypt in many areas, from investment in real estate, the stock market or the industrial sector. They have used small and medium enterprises and retail trade as a way to invest money,” Sabry said.

He estimated the size of investments of the Syrian businessmen to be $23 billion.

These comments were immediately greeted by an outpour of support on social networking sites in the form of a trending Arabic hashtag (the Syrians of Egypt). The hashtag gained considerable momentum and sent a clear message of support and welcome to Syrians in Egypt.

The UNHCR estimates the number of registered Syrian refugees residing in Egypt to be about 130,000, while the government says the number is up to 300,000.

Syrians have permeated into many service and industrial fields in Egypt. They developed their investments in restaurants, food, traditional crafts, textiles, real estate and land, and have had a significant impact in promoting the Egyptian economy by creating jobs for thousands of Egyptians.