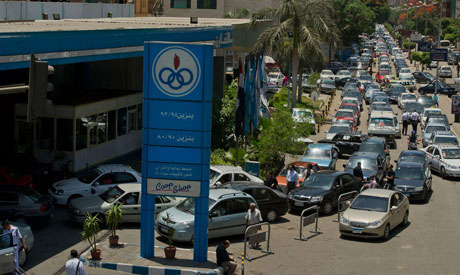 Widespread panic hits as Egyptians learn from social media that the government will increase fuel prices on June 14.

A statement from the Ministry of Finance immediately denied the validity of these concerns, asserting that such rumours aim to raise public unease and mislead citizens.

The government’s categorical denial of price increases in mid-June contradicts plans announced by Petroleum Minister Tariq al-Mulla in January 2019, in which he stated that the government will not change fuel prices until the end of the fiscal year ending in June 2019.

The Egyptian government’s denial also contradicts the International Monetary Fund’s confirmation on April 6 that Egypt has pledged to raise fuel prices by mid-June to reach the cost price, according to the fourth review report of Egypt’s economic reform program.

According to the Egyptian government in its audit report, the IMF will have to apply an additional increase in fuel prices to 100 percent of the cost in mid-June, except for the price of liquefied gas, and fuel used in bakeries and in electricity generation.

It is worth mentioning that the Egyptian government announced last December the application of the mechanism of automatic pricing on other petroleum products on June 5, with the first price adjustment implemented in accordance with the mechanism in September 2019. The government had also pledged to cancel subsidies on petroleum products “which will raise prices by June 2019”.

Don’t forget our loved ones, trapped in Egyptian prisons during this...