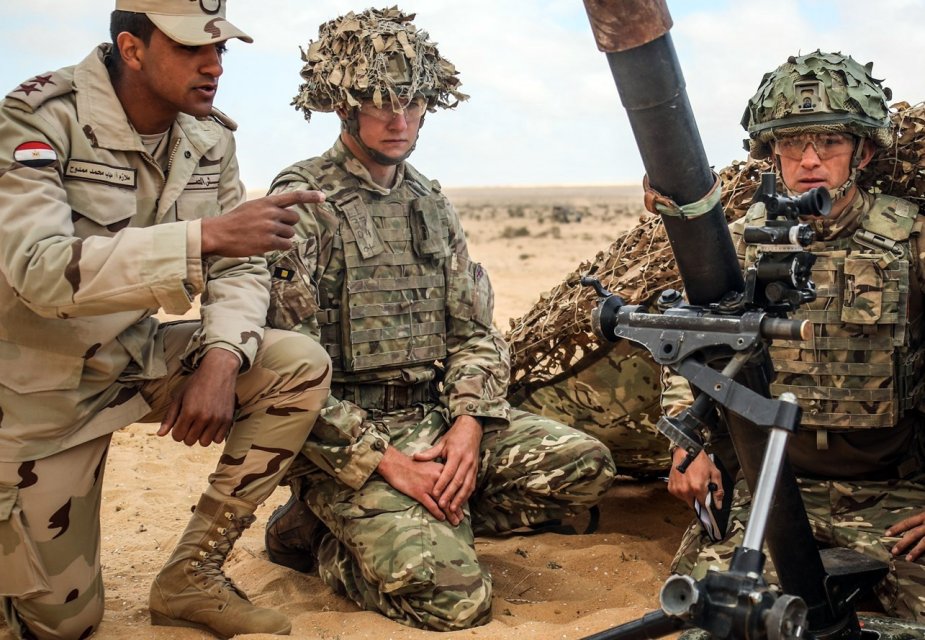 The meeting came as a part of the Minister’s first official visit to Egypt, and presented an opportunity to reaffirm the strength of the UK’s defence relationship with Egypt and deepen the longstanding strategic partnership between the two countries. The Chief of UK Defence Staff’s Senior Advisor for the Middle East Lt General Sir John Lorimer, British Ambassador to Egypt Sir Geoffrey Adams and British Defence Attaché Colonel Edward Sandry accompanied the British Minister.

The UK recognises the pivotal role Egypt plays in the region’s security. Our growing partnership ensures that together we stay one step ahead of common threats and build regional and international security.

Defence cooperation between Egypt and the UK has increased significantly in recent years. In March, Egypt and the UK conducted military training AHMOSE, the first bilateral exercise between the two countries in 30 years. The UK also joined Egypt, the United States and a number of other countries in Exercise BRIGHTSTAR last year.

After raising its price: Test of COVID19 compulsory for those coming...