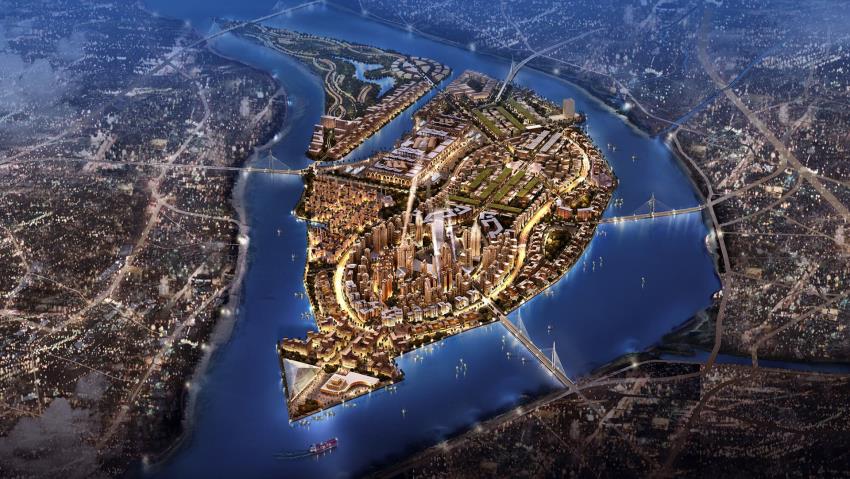 In an escalating step against the people of Al-Warraq Island, security forces used bulldozers to remove cultivated areas of fruit trees on the island, amid fears of forced evacuation by local residents, a threat that has been looming for months.

This follows a long conflict between the people of the island with the government which has witnessed strong clashes.

The Al-Warraq Family Council appealed to the inhabitants of the island to gather and respond to the security forces’ attempts to force a number of families to leave their homes. The Council revealed through its Facebook page that security forces stormed the house of a resident of the island, Awad Abu Khalloul, and arrested him and his family for refusing the demolition of their house and the bulldozing of their land.

When security forces attacked the island on July 16, 2017, a number of buildings were forcibly removed, resulting in bloody clashes that left many killed and injured. Security personnel were forced to leave the island following the interior minister’s decision to halt the forced eviction of the people of Al-Warraq Island.

Thereafter, authorities arrested 22 residents of Al-Warraq Island and charged them with resisting the authorities and demonstrating. The case was referred to the court and is still pending investigation.

Residents of the island, which has an estimated population of 90,000, have condemned the tactics used against them to pressure them into giving up their property.

Reports have emerged linking the attempts to displace the inhabitants of Al-Warraq island to an agreement to hand over the island to an Emirati company to carry out “development” projects.