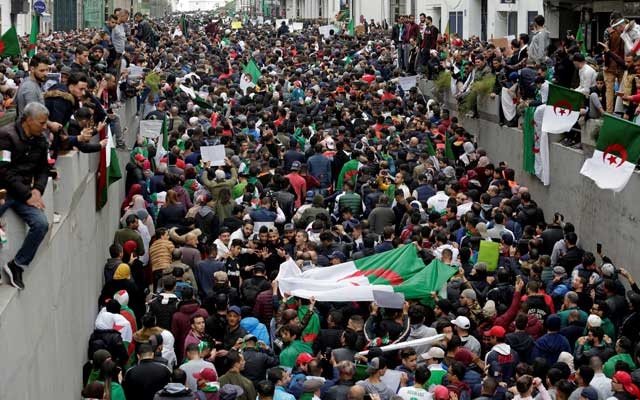 Prominent global affairs magazine, Foreign Affairs, said that the lessons of the Egyptian revolution were useful for revolutionists in Sudan and Algeria.

The feature titled ‘What Algeria and Sudan can learn from Egypt’ by Killian Clarke showed that the uprisings of Algeria and Sudan, which in April ousted two long-time presidents, appear to be similar to the 2011 revolution of Egypt which overthrew President Hosni Mubarak.

In Egypt’s footsteps, the Generals in Sudan and Algeria intervened to overthrow their country’s dictators to find themselves at the centre of a post-revolutionary political transition.

Clarke said that the similarities and parallels were worrying, especially in light of Egypt’s fate. After Mubarak’s ouster, a hasty and unwarranted political transition led to differences between the revolutionaries, opening the way for the army to return in a counter-revolution in 2013. General Abdel Fattah al-Sisi established himself as president and has created a more repressive and violent regime than the regime overthrown in 2011.

Clarke believes that the Egyptian democratic experiment, which he described as “failed”, offers lessons for Sudan and Algeria to learn from to achieve democracy.

The writer points out that one of the important lessons learnt from the Egyptian revolution is that street protests affect the army’s decisions. It seems that demonstrators in Algeria and Sudan were relying on this strategy. In Khartoum, protesters organised a sit-in in front of the army’s general headquarters. Protesters continued to demonstrate and set up roadblocks and declared a general strike, asserting that they would persist in their disobedience until the army responded to their calls and handed power over to civilians.

The second lesson of the Egyptian experiment is that it is imperative that revolutionary forces unite. Indeed, the main reason the Egyptian army was able to return to power so quickly in 2012 was the conflict between secular and Islamic forces.