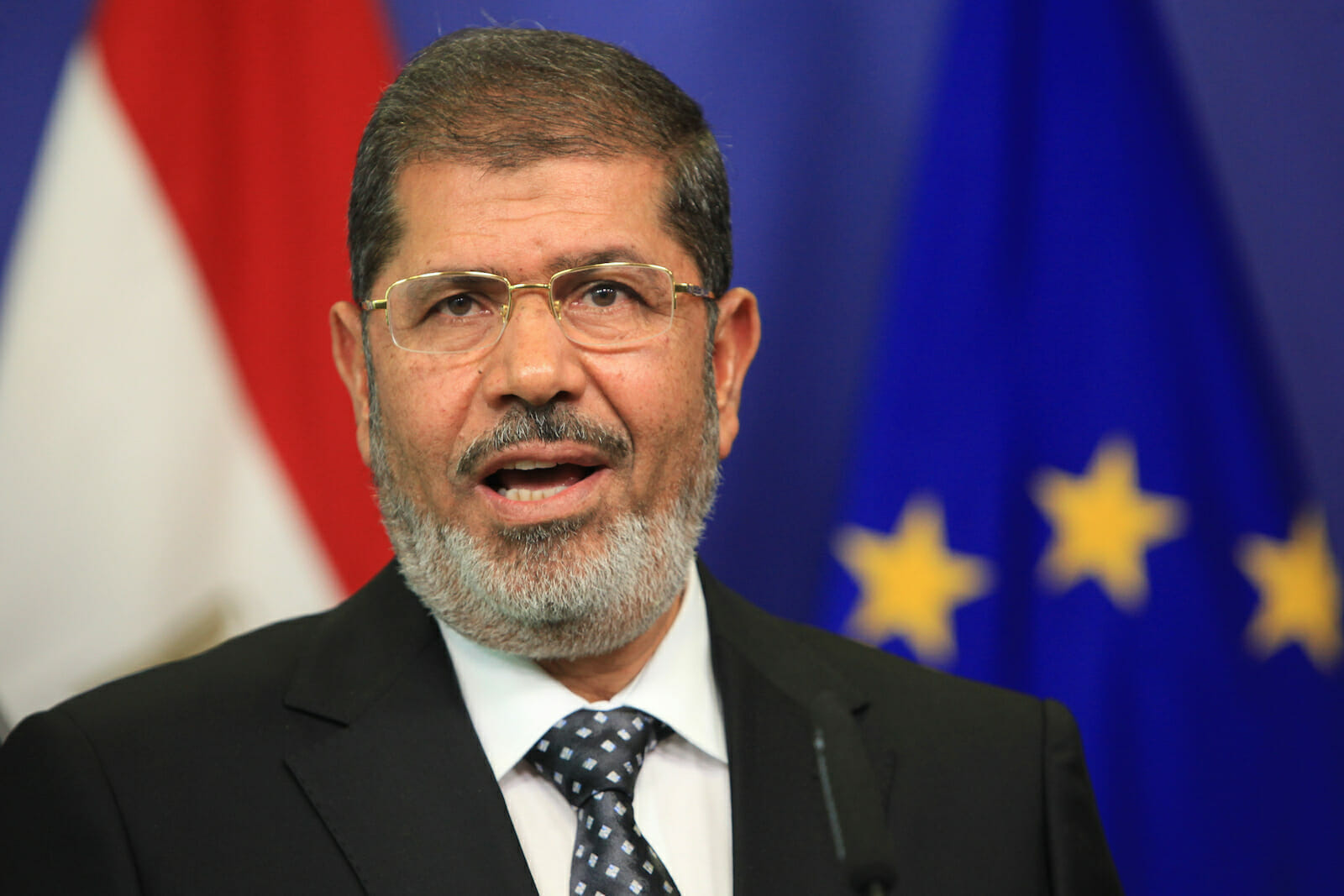 On June 17th Mohammed Morsi, Egypt’s former president, died in court. He had been in custody since 2013 when he was overthrown by his former head of the armed forces, Abdel Fattah el-Sisi, who replaced him as president.

Morsi was in court for allegedly passing state secrets and was already serving sentences for previous trials which he had faced. For critics, his crime was not criminal, but political: as a member of the Muslim Brotherhood, he represented a challenge to the military regime which has dominated Egypt since 1952.

Morsi only served a year as Egypt’s president, from 2012 and 2013. That year coincided with Egypt’s brief democratic opening, which lasted from the uprising in February 2011 which saw the military regime force then-President Hosni Mubarak to resign until the military took back control under the veil of the mass Tamrod protests on the anniversary of Morsi’s inauguration.

While much of the attention is currently on Morsi’s detainment and the manner of his passing (his health had deteriorated due to his being held in solitary confinement which had an adverse effect on his diabetes), his passing offers an opportunity to consider the state of his political party, the Muslim Brotherhood, and its wider Islamist project in Egypt and the region today.

Egypt’s uprising began in January 2011, inspired by similar protests which had toppled Tunisia’s long-standing dictator. Many of the causes were similar: frustration at the regime’s failure to provide economic security and denial of political freedoms, including human rights abuses. They were initially spontaneous, led by young people and employing social media which kept them one step ahead of the regime. What was striking about the protests in its early days was the absence of the Muslim Brotherhood, the most organized political entity in the opposition. Partly, it reflected relative weakness: financially and politically it had been in decline during the preceding five years. Although it gained around a fifth of the seats in the unfree elections for parliament in 2005, it had faced repression by the state and opted to boycott the 2010 election. It therefore also did not expect the protests to succeed, given its own experience.

With Mubarak’s removal, the Brotherhood’s organization enabled it to become a leading element in the new pluralist environment. Its candidates won most of the seats to parliament in 2011-12 while Morsi won the presidential election several months later in what were Egypt’s freest elections. Yet within a year, Morsi was out of office and the Brotherhood banned and forced to go underground. Why did this happen?

Although the military took back power through a coup, it was helped by the failures of the Muslim Brotherhood in office. As well as being inexperienced, the new government and its allies were seen as incompetent. Despite being elected freely, the new government failed to both offer and act differently from the previous regime. Economically, it continued Mubarak’s market and liberalization programs, which in part had brought protestors onto the streets in 2011. Politically, it behaved in an increasingly authoritarian fashion: its deputies pushed through their preferences for the new constitution while Morsi granted himself extensive powers in a presidential decree in November 2012.

At the same time, the government’s position remained unconsolidated: public protests were regular and the military retained strong links to the security apparatus and the economy. As a result, Morsi tried to work with those individuals and groups who had influence. When mass demonstrations took place in mid-2013, the government lacked sufficient support from society or the political elite to stay in power.

The Muslim Brotherhood is one group among many that exists on the Islamist spectrum. Since its foundation in 1928, it has acquired supporters from across the Arab world, leading to the creation of parties inspired by its appeal to incorporate the principles and ethics of Islam into contemporary politics. While some, like the ideologue, Sayyid Qutb, and Hamas in Palestine were associated with the more radical and at times violent approach, others advocated for more peaceful and gradual change, making use of the ballot box. This was particularly the case in Egypt and Jordan, where the Brotherhood has faced periodic repression by the state.

Both variants of the Brotherhood’s approach—whether violent or peaceful—have been problematic for the Saudi and Emirati leaderships. For them, change, whether through violence or elections is seen as a threat to their own dominance, which is largely based on a rentier model: in exchange for providing sufficient public services and welfare through the use of rents generated by hydrocarbons, they expect their citizens not to demand political representation. In addition, the appeal and demands of Islamists like the Brotherhood are transnational in nature, thereby challenging the prevailing system of states associated with these authoritarian regimes across the region.

The Saudis and Emiratis have targeted the Brotherhood’s champions as well, including Qatar. A rival to Saudi hegemony in the Gulf, Qatar was an active supporter of the uprisings in 2011. Using its vast wealth generated by its natural gas exports, it saw the changes taking place in the region as an opportunity to enhance its status and acquire support. During Morsi’s presidency, it offered $7 billion in assistance. When Sisi took over, it rejected Qatar’s aid and instead took up an offer of $12 billion from Saudi Arabia, the UAE, and Kuwait.

Under Sisi, Egypt has stepped firmly into the Saudi-Emirati camp. At one level, this has meant that its status as an Arab power is diminished; despite having the largest population in the Arab world, it is financially dependent on its Gulf sponsors. At another level, repression has returned, on a scale far harsher than before. Moreover, the currents of that repression are beginning to be felt more widely too. Following Sisi’s recent visit to the US, President Donald Trump has proposed labeling the Muslim Brotherhood as a terrorist organization. If this should happen then it will become far harder to distinguish between the different variants of Islamist political ideology and organization and will see many Islamists committed to peace and democracy being tarred by the same brush.

Popular outrage in Egypt at decision to transfer Luxor statues to...

A map of coronavirus infections in Egypt