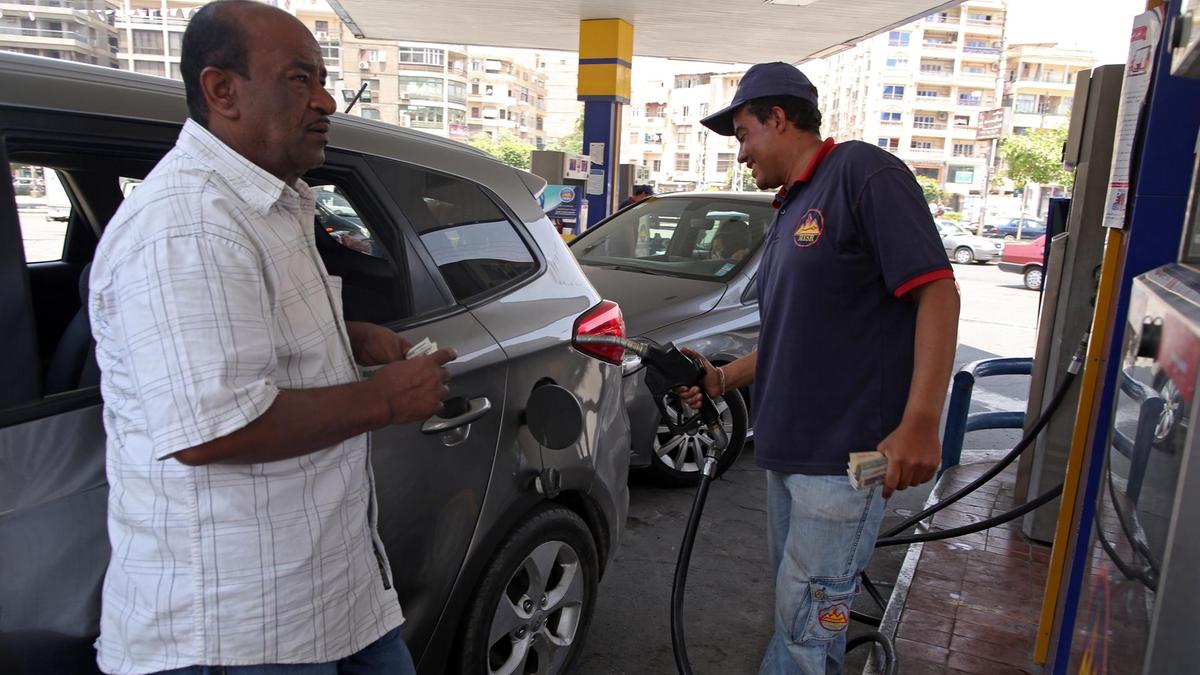 Once the Egyptian government announced its decision to increase the price of fuel, the media loyal to the Egyptian regime began to justify those increases and compare them with global fuel prices, especially in Europe and America.

Last week the Egyptian Ministry of Petroleum and Mineral Resources announced an increase in fuel prices for the fifth time in a row since July 2014.

The ministry said in a statement on Friday that the price of petrol will be between 9 EGP per litre, and 6.75 EGP per litre.

According to the ministry, the price of a litre of diesel was recorded after the last increase to be EGP 6.75 per litre.

The price of gasoline for the brick industry has increased to reach EGP 4,500 instead of 3,500 EGP per ton in the past.

The government kept the price of diesel for the food, cement and electricity industries unchanged.

The decision to raise fuel prices come within the framework of economic reform measures adopted by the Egyptian regime under the supervision of the International Monetary Fund. An IMF loan given to Egypt has been divided into several tranches, most of which have already been disbursed.

The system aims to eliminate subsidies on fuel and energy, but these measures have triggered waves of price increases not offset by increases in wages, which have seriously affected the standard of living for Egyptians.

The rise in fuel prices is usually accompanied by an increase in the prices of other goods, given the higher transport and conservation costs to increase fuel prices.

Last December, Egyptian President Abdel Fattah al-Sisi called on the local media to compare the situation in Egypt with European countries witnessing demonstrations, in an indirect reference to France.

Al-Sisi said in a television interview that he noticed how the media dealt with demonstrations in Europe, “without mentioning specific countries.”

“When you show these pictures [the yellow jacket demonstrations in France] to the people of Egypt, you have to tell them the reality in these countries,” he told Egyptian media.

“How much is the price of fuel there? And how much are fuel taxes?”

Following al-Sisi’s claim, the pro-regime Egyptian media have been comparing commodity prices in Europe and America to show that prices are lower in Egypt. After the latest increases, they have done it again.

However, al-Sisi and his media ignored any mention of wages, and they did not compare wages between Egypt and those countries.

During the protests that took place at the end of 2018, French President Emmanuel Macaron announced that the minimum wage would be raised by €100 a month.

In other words, the increase (just the increase) approved by Macron at the time was almost double the total income of those who are on the minimum wage in Egypt.

While already in prison the Vice President of the Strong Egypt...