EgyptWatch
Home Reports Cairo’s new capital: Is it turning into a city of ghosts? 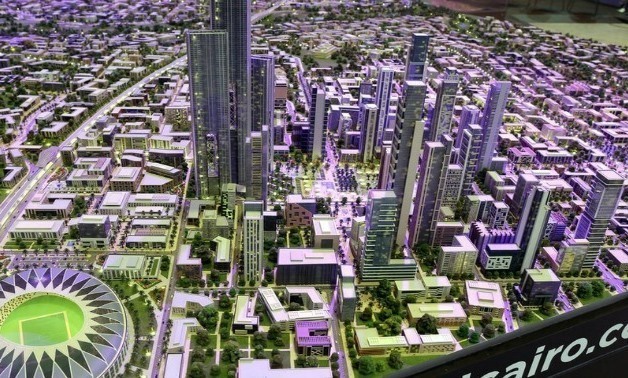 The Administrative Capital for Urban Development (ACUD) has started preliminary talks with several local banks to obtain financing of up to EGP 20 billion to fund facilities, infrastructure and various investments that are being implemented in the new capital east of Cairo.

Three banking sources told Al-Mal newspaper that the company’s officials held meetings with more than one bank, including Alahli Bank, Banque Misr and AAIB, to discuss the appropriate mechanisms for obtaining financial liquidity.

The sources pointed out that the trade-off is between a (club deal) joint loan in which a large number of banks will be contributing, or the process of securitisation with real estate developers.

They explained that the financing negotiations are still in their initial stages, noting that the banks prefer to finance through the joint loan mechanism due to the difficulty of resorting to securitisation. This is because the dues of the administrative capital stem from the land allocated to real estate developers and not residential units, and may require a guarantee from the Ministry of Finance.

The sources estimate that the funding period will range between five to seven years, during which time they will deliver the infrastructure facilities of water, electricity, sanitation, and other services to the areas allocated within the capital.

The target population in the first phase of the capital is about 500,000 people, in addition to the 40-50,000 government employees that are being transferred to their new headquarters there. There are plans to increase the capacity to 100,000 employees after the first three years, according to the Urban Communities Authority website.

The total area of ​​the city will be 170,000 feddans, with a population of 6.5 million once it has been fully developed, and will generate employment opportunities for about 2 million people.

The Capital Company announced the sale of 17,000 feddans to investors until the end of this past June. It plans to provide profits to the state budget within two to three years, according to statements published by Al-Mal, quoting its CEO, Major General Ahmed Zaki Abdeen, who pointed out the completion of 70 per cent of the infrastructure, in addition to residential neighbourhoods and the government district.

What is the purpose of establishing the new capital?

During the first economic conference in Sharm el-Sheikh in March 2015, President Abdel Fattah al-Sisi announced a national project that would end the chaos and congestion on the streets of Cairo. He then announced the new project “the New Administrative Capital” east of Cairo, on an area of ​​700 square kilometres, which is equivalent to the size of Singapore. The New Administrative Capital lies between the Cairo-Suez and Cairo-Ain Sokhna roads.

In earlier statements, al-Sisi said: “The goal of the project is the establishment of solar power plants, an international airport and the transfer of ministries, foreign embassies and government facilities out there.” He asserted that it includes about 40,000 hotel rooms, residential areas, recreational and green areas so as to reduce the pressure on Cairo.

Al-Monitor website published a report which was translated by Masr Al-Arabia website, in which it highlighted the new capital project. In the report, statements attributed to Sultan Abu Ali, the former Egyptian Minister of Economy, stated that “the New Administrative Capital will [be difficult and expensive and] the establishment of facilities and services in the proposed location would strain state resources, especially if they are funded outside the budget through the sale of new land, for example. Those funds should be allocated first and foremost for more important purposes, either to increase GDP or to reduce the local public debt which now stabilises at EGP 1.924 trillion ($253 billion).”

Property of the army

Abdel Fattah al-Sisi issued resolution No. 57 of 2016, according to which 16,645 feddans of the land located south of the Cairo-Suez highway were appointed to the army. This is the land allocated to the New Administrative Capital and the Zayed Al-Omrani complex, which is expected to be completed within five to seven years with the purpose of escaping the hustle and pollution in Cairo. The new capital is expected to cost $300 billion.

The decision was taken after Emirati businessman Mohamed Alabbar, Chairman of Emaar Emirati Real Estate, decided to withdraw from his plans to establish a new administrative capital in Egypt, stating that no agreement that satisfies both parties had been reached with Egypt over the new capital.

There seems to be a trend in the armed forces to acquire land and property which will increase in value for economic purposes related to the army, through its affiliates. What the press has not touched upon until now is that the New Administrative Capital is now the property of the armed forces by presidential decree.

The poor will not be able to enter

A number of real estate company owners asserted that the residential units in the cities surrounding the administrative capital project have gone up, especially in the cities of Badr and Shorouq. The rise was about 25 per cent, according to Alyoum Alsabaa newspaper, which supports the current government.

This clearly means that the New Administrative Capital will not be accessible for the poor or those on an average income.