EgyptWatch
Home Reports Al-Sisi and the Copts: The church wins and the Christians lose 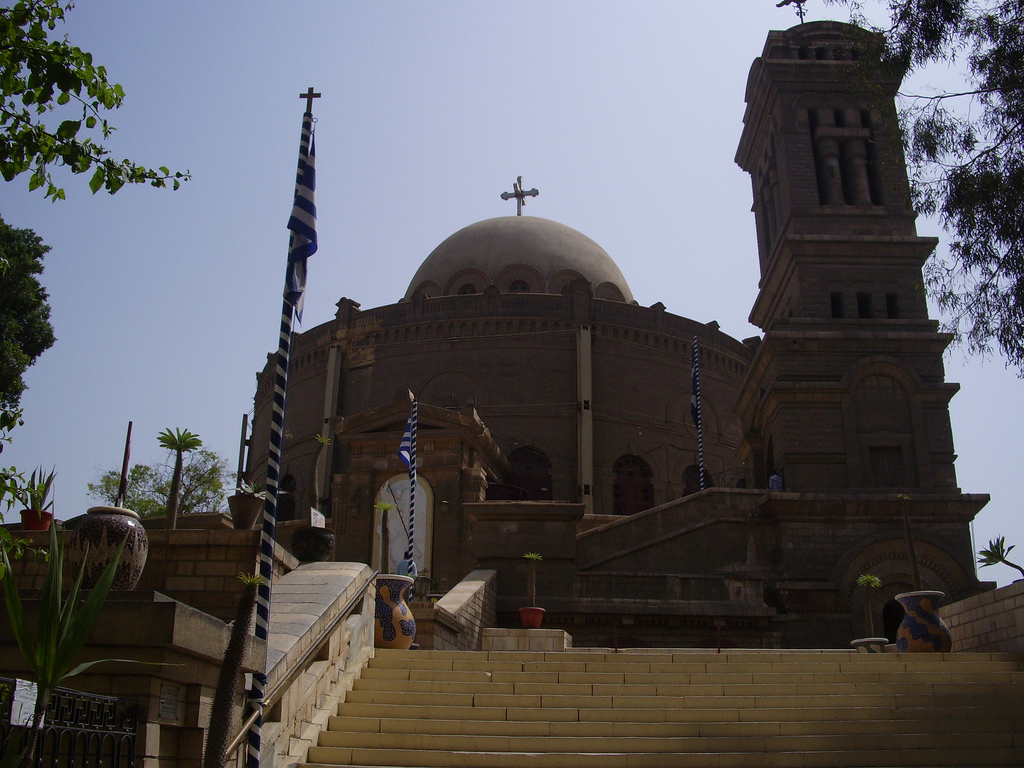 On July 1, the Egyptian government approved 127 churches and a building attached to each, bringing the number of new churches approved by the government under General Abdel Fattah al-Sisi to 1,021.

However, this rise in the number of churches approved by the government hasn’t been paralleled by a promotion of citizenship rights of Christians in the country. The killing of Christians in sectarian acts of violence has not stopped. Churches are still surrounded by fences and concrete blocks, and are subject to strict security.

During the period following the January 25 Revolution, churches did not have security forces, fences and barriers – masses of young Muslims and revolutionaries protected them. The scene since 2013 is different. Popular committees, citizens and young people do not stand in front of churches, but security forces do instead.

Getting approval to build churches is one of the tools the political authority uses to harness the church and its community as a voting bloc, but not to promote their citizenship rights and their acceptance into society.

What the Egyptian church has gained has not been gained by Christians themselves. There is a growing sense that there is a widening gap between members of the Christian religious minority and with Muslims in Egypt. This is clearly shown in the popular rejection of the establishment of churches and sectarian killings.

The last sectarian friction between Muslims and Christians was at the beginning of this year, while al-Sisi was attending celebrations of the opening of the Church of the Nativity of Jesus, the largest cathedral in the Middle East, which he established in the new administrative capital. While al-Sisi was standing beside Patriarch Tawadros II, security forces were trying to arrest a group of priests in the village of Zafarana in al-Minya province, Upper Egypt, because Muslim villagers protested against them praying.

That scene shows the situation in Egypt, that the church administration won the support of the authorities and built more churches, but Christians themselves lost popular sympathy.

“Where is the church, Emad?” Abdel Fattah al-Sisi asked the head of the Central Military Region, Major General Emad Ahmed al-Ghazali, during the opening of “Ahalina 1” residential project that was constructed by the armed forces in Cairo in mid-December. “We will build it,” al-Ghazali answered. The answer did not convince al-Sisi, so he gave an order to the Minister of Defence Mohamed Zaki to build a church in each new city.

Al-Sisi’s order is a summary of the Egyptian authorities’ vision of the rights of Christians as just churches and stone buildings. Every time Christians have improved the image of al-Sisi’s authority, they have worsened their image in the eyes of angry sectors of the Egyptian population who see Christians (not just the church) as allies of the authority.

Despite the papal support of al-Sisi’s authority, Christians chanted against him at least twice in 2018; the first was on November 2, 2018, when gunmen shot at a bus carrying Christians on their way to the monastery of Anba Samuel in Minya province, killing nine and injuring 13 others. In December they chanted angrily against him during protests by hundreds of Christians during a funeral service for a man and his son who were killed by a policeman following an argument.

Although the killing was the result of a dispute between a construction worker and his son on the one hand, and the policeman on the other, it angered Christians who considered it as an expression of persecution against them. During the funeral, witnesses reported angry verbal quarrels among some 2,000 people and police guarding the funeral in Minya.

It could be said that since the overthrow of President Morsi in 2013 and the appearance of Patriarch Tawadros II beside Abdel Fattah al-Sisi, then the minister of defense, authorities have not stopped exploiting the church and Christians.

The military’s deal of the century: A $10bn arms sale from...