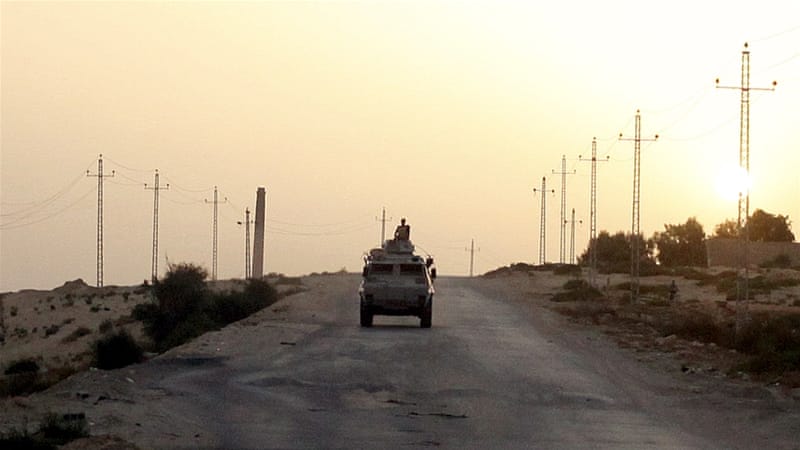 Officials said that Egypt’s air force on Friday hit more than 100 mountainous hideouts of militant groups in the city of El-Arish and the small town of Bir al-Abd. The officials spoke on condition of anonymity because they were not authorized to brief the media.

The airstrikes come on the heels of a suicide bombing attack that left two killed, including a soldier and a civilian Thursday in the northern Sinai town of Sheikh Zuweid.

A day earlier, militants beheaded four people and kidnapped a fifth in Bir al-Abd, after accusing them of cooperating with security forces. The Islamic State group claimed responsibility for both attacks.

Don’t forget our loved ones, trapped in Egyptian prisons during this...

Patriotism and soft power: how Egypt sought to gain from Afcon