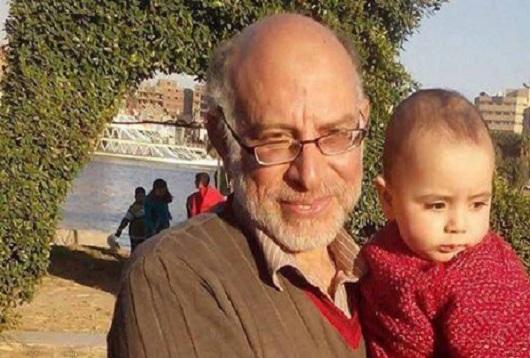 The Cairo Criminal Court on Sunday decided to release human rights activist Ahmed Abdel Sattar Amasha two years after his arrest, but in a strange incident he asked the court to keep him prisoner for fear of being killed or forcibly disappeared, as happened with other detainees after their release.

The decision to release Amasha, after he had exceeded the two-year detention period stipulated by law, was due to his arrest on charges of joining a banned group.

Amasha added: “We know that we are [living through] a coup. I have been in custody for almost a year and a half. I am only asking to be allowed visitors and for medicine to be brought because my health is in danger.”

Ahmed Amasha, Secretary General of the Foundation for the Defence of the Oppressed, participated in launching an international campaign to call on the Egyptian authorities to close Scorpion Prison because of the flagrant violations of detainees.

Several human rights organisations and dozens of political activists, lawyers and trade unionists organised a campaign calling for his release.

A number of international organisations have already condemned the method of prosecuting, torturing and forcibly evicting jurists, and adopting hideous methods to extract false confessions and fabricate cases against them, in violation of the most basic human rights standards and international covenants.