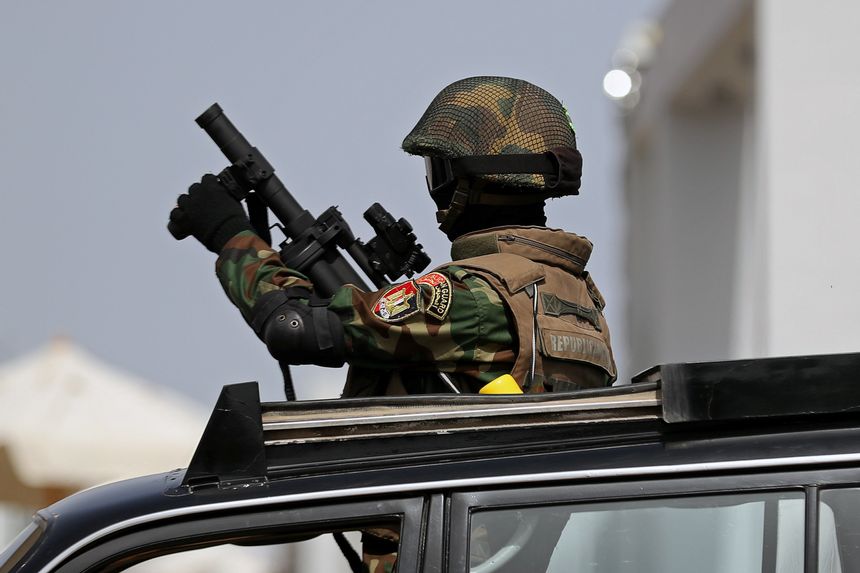 CAIRO—Egyptian security forces arrested Mohamed Abdelsatar at the school where he worked as a teacher in April 2017. Another man, Sabry Salah, was arrested the next month.

Mr. Salah’s wife and Mr. Abdelsatar’s school asked the government for information about their whereabouts in the days after their arrests. None was forthcoming.

The month after each man disappeared, however, the government said they were dead—killed by security forces in exchanges of gunfire.

Those deaths and others like them are fueling allegations that Egypt’s security forces are killing detainees and later claiming they died in clashes with police, according to the accounts of Western security officials, victims’ relatives and documents seen by The Wall Street Journal.

The killings are among hundreds carried out by the Egyptian Interior Ministry as it wrestles with attacks by Islamic State and other militant groups. Those attacks have claimed the lives of hundreds of Egyptians in recent years. The militant attacks and the increasingly lethal response by security forces have resulted in more scrutiny on the human rights record of the Egyptian government, a key U.S. ally and the recipient of billions in American military aid.

The Interior Ministry has said it killed at least 153 people in raids in the first six months of 2019, following the 235 it claimed in all of 2018. By comparison, 33 people died in 2015, the first year the ministry claimed a significant number of deadly raids.

An Egyptian government spokesman didn’t respond to requests for comments on the increase in the number of people who have died over the past year.

“These allegations are deeply concerning,” said a State Department spokesperson. The department’s annual human rights report also notes that there were numerous reports in 2018 of arbitrary and unlawful killings by Egyptian security forces.

“What we have in Egypt is not extrajudicial killing, but legitimate self-defense in the face of a pattern of terrorism,” said Khaled Okasha, a former police officer who served in a counterterrorism unit.

On Dec. 29, a day after the bombing of a tourist bus in Cairo that killed four people, Egypt’s Interior Ministry said it killed 40 people in a single night of raids on hide-outs of terrorists planning attacks on tourists, the Egyptian military, and churches.

The government later released photos showing Ahmed Yousri Abdelazim, a 31-year-old accountant, and Ibrahim Ghadeer, 24, a computer programmer, among the dead. The images stunned family members, since they believed the cousins were in police custody during the raid. Relatives had been trying to trace their whereabouts since they vanished months earlier after two years in prison on terrorism charges the family says were completely false.

“Suddenly I’m ashamed to say I’m Egyptian,” said a cousin of the pair who described the family’s ordeal.

Officials at the Cairo morgue acknowledged that they had the bodies, but refused to hand them over, the family said. A government spokesman didn’t respond to a request for comment on the case.

The Egyptian Interior Ministry routinely announces it has killed militants in shootouts, frequently accompanied by photos of the alleged militants lying dead next to firearms. It rarely identifies any injuries among security forces. In the Dec. 29 raid, the government released a series of photos to the media showing men lying dead with guns on the floor next to them.

The killings not only have included suspected militants but also others caught up in the security crackdown, Western observers and security analysts said. The government hopes the raids will have a deterrent effect, Western officials said.

“The message is, ‘Be careful, if you join one of these cells, you won’t get any help from the judicial system,’ ” a Western security official monitoring the situation from Cairo said.

In recent months, official media have used the language of revenge and retaliation for militants’ attacks. “Interior ministry avenges Al-Arish martyrs, announces killing of 14 terrorists,” said a headline in the state-owned newspaper Akhbar Al-Youm on June 5, referring to raids that took place in reaction to an attack on a checkpoint in the city of Al-Arish, in Egypt’s North Sinai province, that killed eight members of the police.

Among the people who have been identified as killed in the raids are prisoners, according to relatives of the dead and correspondence with the government reviewed by the Journal.

Security forces arrested Mr. Abdelsatar at the school where he worked in Egypt’s Beheira Governorate in April 2017. In a letter seen by the Journal, his school asked the Interior Ministry for information about his whereabouts. The next month, the ministry said he was killed in an exchange of gunfire with security forces.

Security forces detained Mr. Salah, 46, in May 2017, his family and their attorney said. In an official telegram seen by the Journal, his wife reported him missing days after his arrest, fearing the state had made him disappear. On June 20, 2017, the Interior Ministry said he and three others died in an exchange of gunfire during a raid on an apartment the ministry said was used as a militant hideout. The government didn’t acknowledge the arrest or state a reason for Mr. Salah’s detention.

A government spokesman didn’t respond to a request for comment on these cases.

President Abdel Fattah Al Sisi, who came to power in a military coup in 2013 that ended Egypt’s brief experiment with democracy following the 2011 Arab Spring, has carried out a crackdown on political opponents and armed militants, arresting tens of thousands of people and severely restricting freedom of expression.

Armed attacks by Islamic State surged in Egypt after the 2013 takeover. The bombings and shootings have killed hundreds of Egyptian police and soldiers along with Egyptian Coptic Christians and foreign tourists.

Lethal police raids picked up in 2015 following the killing of Egypt’s chief prosecutor in a car bombing. Days later, the Interior Ministry said it killed nine people, including a former lawmaker and other Muslim Brotherhood figures.

Despite the government crackdown, the militant attacks have continued.

“Egypt is entering a really hellish circle of violence…where the police seem to be executing detainees,” said Amr Magdi, a researcher on Egypt with Human Rights Watch. “If the country is facing security problems, this isn’t solving anything.”