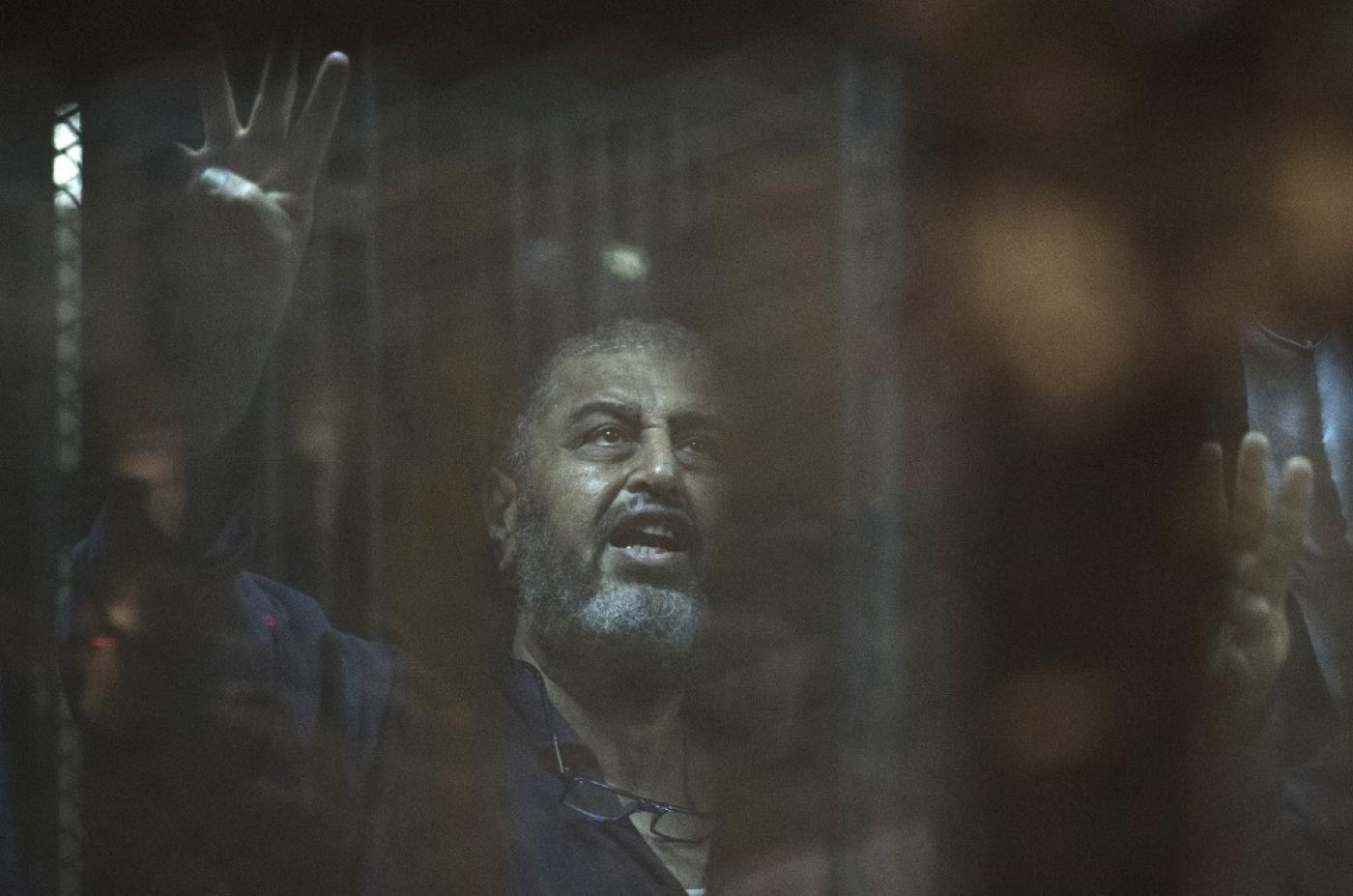 “The minister who testified in this court that we were spying before the revolution of 25 January 2011 was the one who released me after the revolution, and called the prison chief and asked him to talk to me to tell me that he had issued an order to release me.”

The deputy leader of the Muslim Brotherhood, Khairat al-Shater, was referring to the former interior minister, Mahmoud Wagdy.

In his speech before the court al-Shater asked, “if Mahmoud Wagdy had information against me, why did he release me? It is unlikely that the information was given to him after that because my exit from the prison coincided with the dismissal of the ministry. Where did he get any information or inquiries about us after his last day in the ministry?”

He added that Wagdy invited him to his office with other security leaders: “Why were we dealt with by all security leaders at the time, and then over the following years, without any charges against us? Why did we meet Omar Suleiman [former chief of intelligence] as one of the political forces? Was he ignorant of these inquiries?”

Khairat al-Shater’s argument shows an example of part of the conspiracy of the Egyptian regime and the military and police institutions against the Muslim Brotherhood, and the charges that are fabricated against them to keep them in prison.

Al-Shater, the deputy leader of the Muslim Brotherhood, also revealed the details of visits of foreign officials, including UAE Foreign Minister Abdullah bin Zayed al-Nahyan, to the prison where he was being held, after the military coup in Egypt in July 2013.

Al-Shater’s speech during the last session of the retrial of a number of Muslim Brotherhood leaders on charges of communicating with Hamas, was his first since his arrest more than six years ago.

The deputy leader of the Muslim Brotherhood spoke of the visit of the UAE foreign minister, Qatar’s foreign minister, US Assistant Secretary of State William Burns and EU Representative Bernardino Leon to his prison, days after he was arrested.

“I was surprised by the prison governor who called me at 12pm to meet the UAE foreign minister and assistant secretary of US state asking me to accept the fait accompli for the release of the Muslim Brotherhood leaders and members,” al-Shater said.

“All the accusations against the Brotherhood, its leaders and its members were fabricated for political reasons,” said the deputy leader of the Muslim Brotherhood.

“The intelligence service contacted me under President Morsi and asked me to talk to Ismail Haniyeh [head of the Hamas political bureau] for the border issue. I asked them to have the dialogue through the presidency,” he said, adding: “how, then, was I accused of communication with Hamas?”

The deputy leader of the Muslim Brotherhood ended his argument by saying, “We have saved this country, we have never engaged or conspired.”

Al-Shater’s argument in court reiterates that there is a conspiracy by the Egyptian state apparatus, police and army officials against the Muslim Brotherhood.

Members of the Muslim Brotherhood say all the charges against their leaders are fabricated and that the real accusation is political rivalry.

The most prominent of these leaders is Khairat al-Shater, who was arrested on July 4, 2013, but was charged in several cases that occurred after that date.