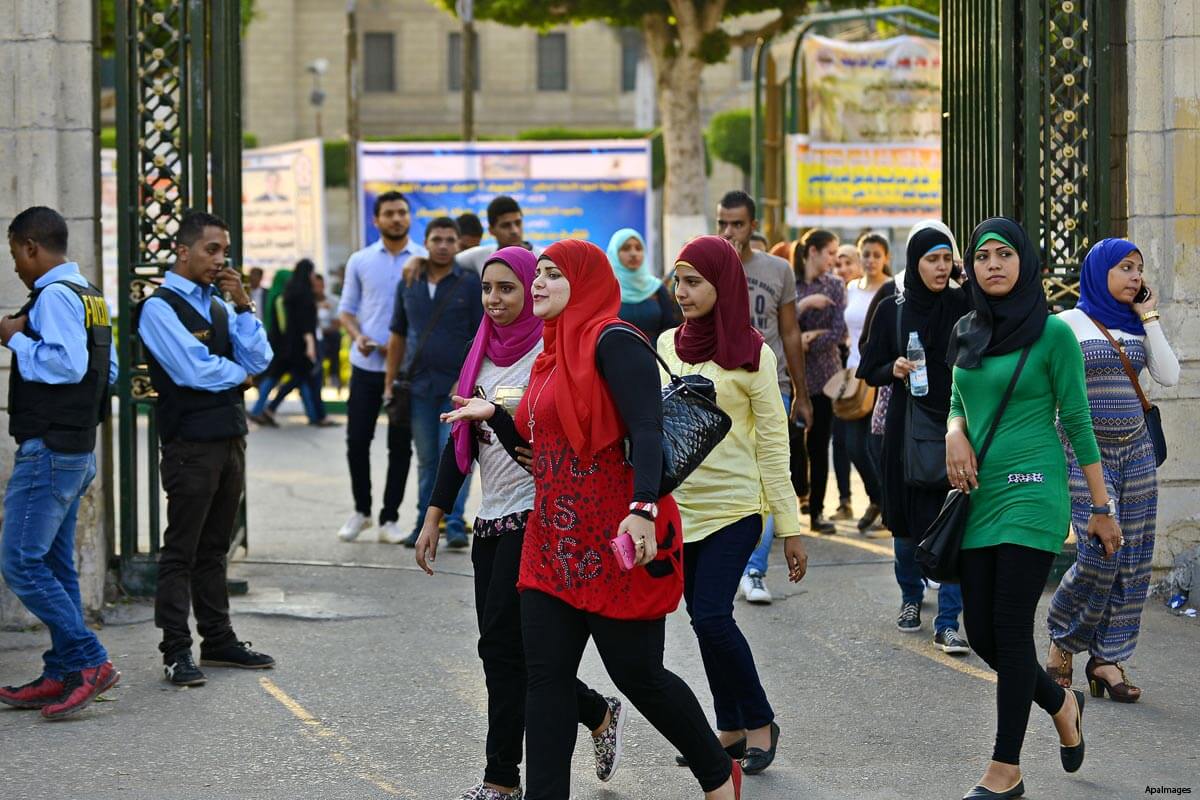 High school students are suffering uncertainty and confusion in the absence of answers about the fate of their school system in the next academic year, which reinforced the feeling among students that the Egyptian regime does not have a vision for developing education and that they are just mice being experimented with.

Although just a few days are separating students from the beginning of the year, uncertainty surrounds the situation of 10th-graders next year, and whether it is a cumulative year or just a transfer.

The controversy over the status of the second grade of high school after the news that the new cumulative system of high school would be abolished was submitted to the Court of Administrative Justice which held its special session yesterday.

The court decided to reserve the case for the verdict until a hearing on September 4. The head of the public education sector, Reda Hijazi, told the Court of Administrative Justice that the second grade secondary, the year of transfer, is not cumulative so far.

The Deputy Minister of Education, Mohamed Omar, also called on parents not to be misled by what is published on social media or in statements from unofficial sources. Omar stressed that the ministry has a reform project that has already started, and will not stop at all academic, educational and administrative axes.

Egypt’s education minister Tarek Shawky frequently praised the education system he intended to implement, but its dimensions remained vague, and the Egyptian government did not disclose it. But the minister’s remarks clash with recurring facts that sparked widespread anger amongst students.

Mystery and confusion about the new system is not the first or the only cause of anger.

In May 2019 several governorates in Egypt witnessed rare student demonstrations protesting crises that disrupted their country’s electronic exam. The Ministry launched the e-exam system within the system of developing education.

Police forces broke up demonstrations and arrested protesting students in front of the Ministry of Education demanding the abolition of the new education system.

Hundreds of students, scattered in a number of streets in Egypt’s governorates, shouted slogans criticising the new electronic education system saying it is “a failed system” and “down with the e-system.”

Egyptian media reported that the Minister of Interior ordered later the immediate release of all arrested first graders. Photos of beatings and the arrest of students caused widespread anger on social media. The Ministry of Education has continued to work on the new electronic system.

The ministry launched the new electronic system in an attempt to control exams leaking, which has happened repeatedly over the past few years. But attempts to control the leaks ended in a bigger mess by the exams being cancelled completely. Leaking or cancelling of the exams made students lose confidence in the educational system in Egypt.

The education system in Egypt has become a huge psychological burden on students, causing depression and stress. Over the past year dozens of students have attempted suicide and six have actually committed suicide.