EgyptWatch
Home Reports In Egypt there are no trials, only slaughter 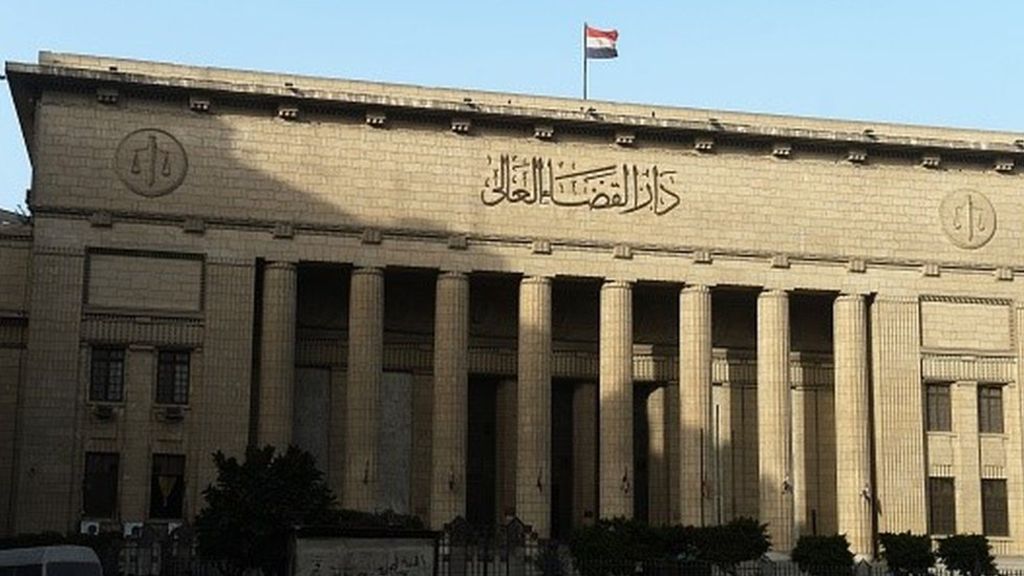 In an endless series of death sentences in Egypt, a Court in Cairo has sentenced six Egyptian defendants to death in a preliminary conviction in the case known as the “Popular Resistance Committee in Kerdasa.”

In practice, those sentenced to death live in tomb-like quarters, where they are transferred to solitary confinement cells and rarely have any personal belongings, are often without electricity or light, and are prohibited from their families visiting, or maybe allowed visits from them once a month for a short period of time in a miserable situation.

This was not the first death sentence for Egyptian politicians, and no one expects it to be the last. The Egyptian Initiative for Personal Rights revealed in its monthly report that 13 defendants were sentenced to death, in addition to 20 others whose papers were transmitted to the mufti, in eight different cases during July.

In the first six months of 2019, 306 detainees were sentenced to death. The Arabic Network for Human Rights Information (an independent organisation documenting human rights violations in the Middle East and North Africa) explains that Egyptian courts have sentenced more than 3,000 people to death since 2014 when President Abdel Fattah al-Sisi came to power.

The Falkland Islands (an archipelago of 200 islands) have about 3,000 inhabitants, which means that the al-Sisi era witnessed death sentences equivalent to the population of a small country.

It is difficult to obtain statistics on the number of executions carried out, or the number of final sentences and their exact proportion to the initial sentences. The Egyptian authorities do not issue a detailed breakdown of the number of death sentences handed down by civil or military courts.

In previous statements Amnesty International condemned the executions of people “convicted in trials which allegations of defendants’ torture were raised,” stressing that “this is not justice, but a testament to the high level of injustice in the country.”

The organisation pointed out that these executions are stark evidence of the growing use of the death penalty in Egypt.

Human rights organisations say the defendants face severe torture that forces them to confess to stop the pain.

Although most death sentences are preliminary and followed by appeals and other litigation, the action taken by the prison administration make the detainee actually live the life of the graves. Those sentenced to death are usually forced to remain in solitary confinement and, wearing red suits (the execution colour), in difficult living conditions until their sentences are annulled.

Egyptian lawyers say that cassation procedures can extend up to 18 months, and that the detainees are suffering in such dire conditions. Some of those people were released as innocents after hard years, such as Omar Hasan Malek, 26, the son of businessman Hasan Malik, who was sentenced to death in May 2015. He was acquitted in May 2017 with many others.

In a few cases families of those sentenced were surprised by the execution before litigation was completed, or without the knowledge it was going to take place or being given a chance to say goodbye. Even in the cases that overturned the sentences detainees emerged from solitary confinement cells and continued to suffer from health and mental illnesses.

People sentenced to death are prone to developing mental illness, insanity, and incurable diseases due to being kept in poor conditions and being denied their most basic human rights, and waiting for the unknown (the date of their execution.)

In the past two months at least three Egyptian detainees have died in solitary confinement.

Human Rights activists believe that the judiciary in Egypt is politicised. In recent years dozens of judges have been retired and transferred from criminal courts and some have even been tried, and the constitution has been amended to give al-Sisi new powers to appoint judges and the prosecutor in April 2019.

Al-Sisi announced during the funeral of Attorney General Hisham Barakat, who was assassinated, that Egyptian criminal law is no longer sufficient, and that Egypt has a terrorism problem and needs courts and laws capable of achieving justice.

Subsequently, in 2017, a series of amendments were made to criminal laws which gave the courts the power to reject all or some of the defence witnesses, and restricted defence opportunities to appeal sentences.

The International Court of Justice considered that these changes “pave the way for death sentences and mass executions.”