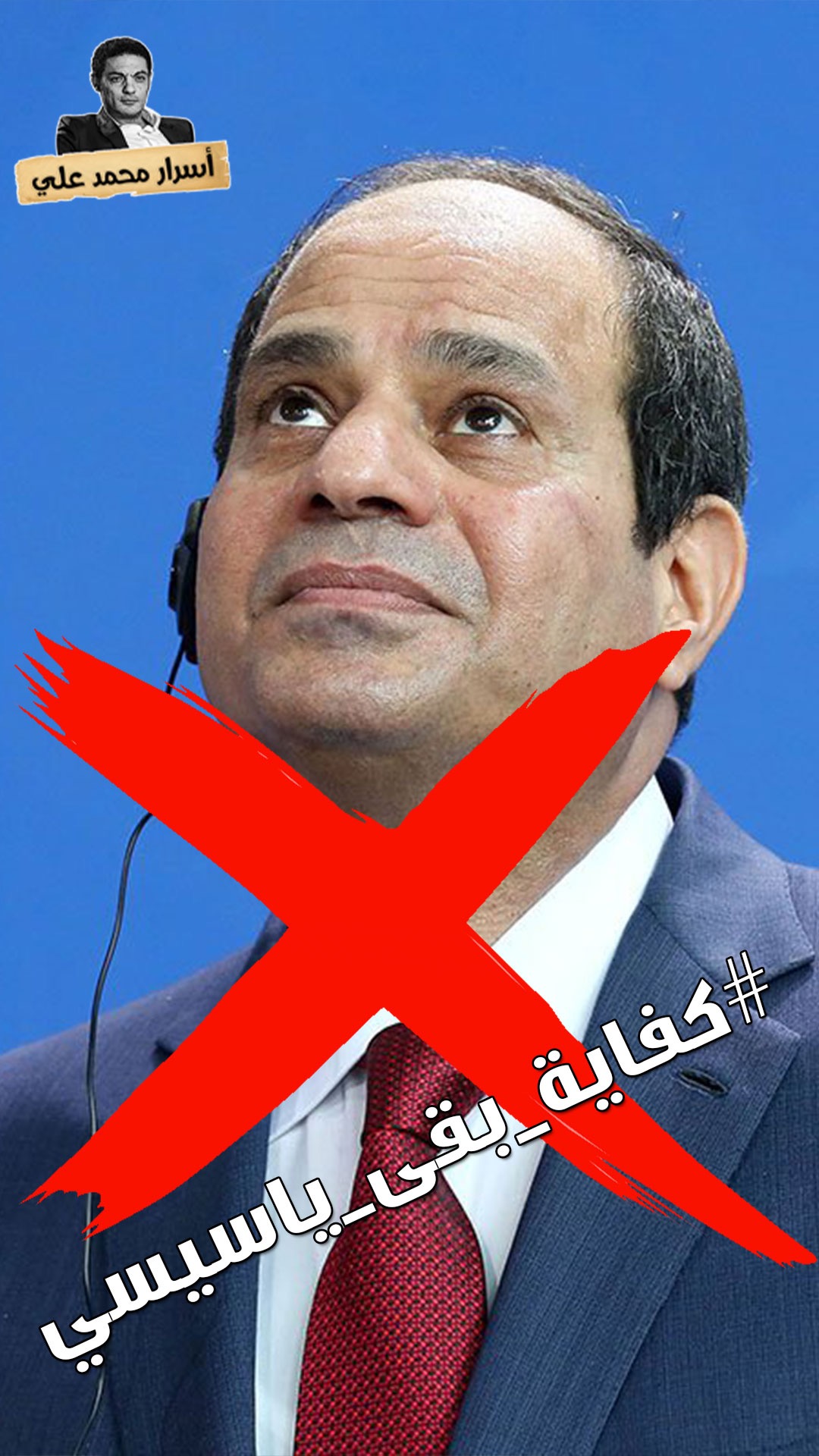 On Sunday, Egyptian artist and businessman Mohamed Ali Hashtag launched (Kifaya Ya Sissi) #كفايه_بقي_ياسيسي to demand the departure of Abdel Fattah El Sisi, and invited the Egyptians to blog through it.

Hours after the call was launched, the hashtag reached the tenth place in the world, after Egyptian activists reacted heavily to him until he collected more than half a million tweets.

In his latest video, Mohamed Ali said Sisi linked his downfall to the collapse of the Egyptian army, which was not true.

Mohamed Ali also addressed military and police officers in Egypt, noting that the regime implicated them in suspicious acts while they were on low salaries.

The Egyptian artist pointed out that the role of the armed forces is to protect the country and not trade.

On Saturday, Sisi had commented on accusations of corruption within the army and waste of Egypt’s money revealed by Mohamed Ali during the opening of the 8th National Youth Congress.

Sisi’s response came after Mohamed Ali’s accusations sparked widespread controversy in the Egyptian street and on social media, during the past days.

“The risk of secrecy is much greater than silence,” Sisi said in a private session of the conference on “lies against the state”. He added: “All state organs asked me not to speak, but what between me and the people is confidence.”

Sisi denied Mohamed Ali’s revelation that his mother’s burial was postponed until the Suez Canal was completed despite her death a few days earlier.

Sisi said he and his presidential team are eating their food at their own expense, pointing out that all the gifts have arrived at the President’s Museum.

With regard to wasting Egypt’s money in building palaces and presidential breaks in response to the desire of his wife, Sisi justified that, saying, “I pay tribute to a new country.”

Demands for Egypt’s detainees to be released as coronavirus spreads