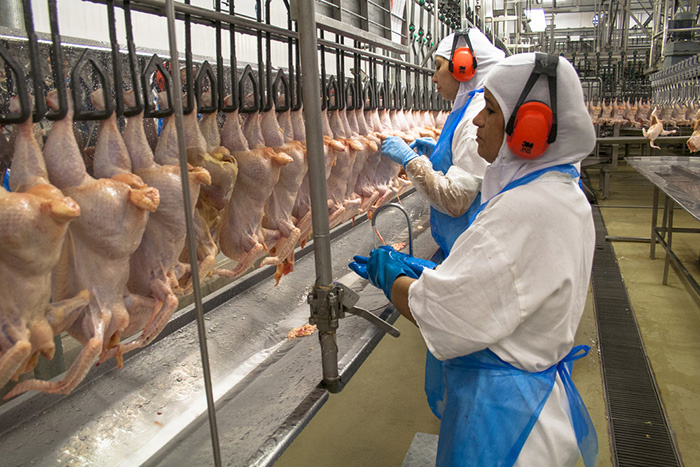 In what observers considered a shock to the imported meat market in Egypt, the Egyptian Ministry of Agriculture made a decision that only the IS EG Company would be able to issue halal certificates, which came into effect at the beginning of October.

The government made a newly established company, with no experience, to oversee the conformity of imported meat to the standards of Islamic slaughter.

The decision forces exporters to use one new certification body, IS EG Halal Certified, in North America, and its subsidiary IS EG halal Latin in South America (in Uruguay).

The Egyptian Ministry of Agriculture says its decision was based on concerns that were raised over mistakes made at other centres in issuing the halal certificate. But scrutinising the information about the company shows that the decision is as much about the health of Egyptians or any mistakes as it is for commercial and monopolistic purposes.

IS EG Halal Certified is an American private company headquartered in Fort Lee, New Jersey. A report issued by the Office of Agricultural Affairs in Cairo, said that the company is completely unknown in terms of the supervision of halal meat.

The company is a private company, not an official company, nor a representative of the US government or Egyptian government or any other government, nor is it related to the meat industry in America, or Islamic organisations in the United States. The owners of the company are Mr. Wael Hana, an American of Egyptian origin, and Mr. Antranig Aslanian Jr., an American.

IS EG was established in November 2017, less than two years before the decision to monopolise Egyptian halal certificates. Owners of import companies say the company was established as a real estate marketing company, but recently changed its activity to become a specialist in supervising the slaughter of meat according to Islamic law.

As a result of the Ministry of Agriculture’s decision, the price of services paid by the importing companies for each metric ton exported to Egypt has increased.

Previously, halal certifiers in the United States charged $10-$20 (EGP 172-344) per metric ton for certification. That fee is expected to increase to ten cents per pound, or $220 (EGP 3,784) per metric ton. The higher fees will increase beef prices for Egyptian consumers.

Although the company is primarily American, the report, published on a US official website USDA’s Foreign Agricultural Service (FAS), says that this sudden change in policy could disrupt markets and cause confusion among industry and regulators.

FAS estimates that increases in halal certification fees may increase beef prices to Egyptian consumers by around EGP 4 per kilogram. The price impacts will be larger if import volumes are reduced. Requirements for certification of religious, or halal, slaughter vary according to country.

Other large Muslim-majority countries, such as Qatar and Indonesia, maintain finite lists of certifiers; currently, both have approved six US-based certifiers now delisted by Egypt. Other countries, such as Kuwait, accept certification from any Islamic body in the exporting country. Egypt is now the only US trading partner having only one authorised halal certifier.

The decision sparked anger in Brazil, threatening meat trade between the two countries. Because of the decision, the Brazilian Minister of Agriculture visited Cairo at the head of a delegation of businessmen and representatives of the Federation of Islamic Institutions in Brazil to inquire about the reasons for the decision after they offered every required guarantee.

Although Brazil is one of the most important meat exporters to Egypt, negotiations failed. The Egyptian Commercial Representation Office in Latin America received many inquiries from the meat slaughterhouses and officials in Brazil, to find out the reasons this decision was issued, but they have had no response.

A government decision to let an unknown company, with no experience, have the monopoly on issuing halal certificates seems odd and incomprehensible.

In a statement issued by the Alexandria Chamber of Commerce, I explained to importers the need to obtain an Islamic slaughter certificate from IS EG.

“The importer should contact Medi trade co. to obtain a copy of an Islamic halal slaughter certificate from IS EG.”

It becomes comprehensible when it is clear that Medi trade co., the largest importer in the country, owned by the Egyptian General Intelligence Directorate which imports all strategic goods, is standing in the shadows of the unknown company.

Medi trade was established in 1979 with a capital of EGP 5 million. It was originally engaged in importing and exporting all food and agricultural commodities and exporting petroleum products.

The company was headed by Maj. Gen. Mohieldin Murad Taha al-Aref, who served as deputy head of the Egyptian General Intelligence Service until 2007, before he died in 2014.

The remaining members of the board of directors were not disclosed, and only the initials were mentioned, for example, the vice-chairman is A.E.Y, and the company’s general manager is E.B.

An official of the company, which is based on Talaat Harb Street, said that the company belongs to the Egyptian intelligence service, and that its current chairman is Major General Mohamed Ahmed Mustafa.

There is no Egyptian brigade known as Mohamed Ahmed Mostafa, most probably it is a false name (pseudonym) which he used to keep his true identity secret.

The number of employees does not exceed 500, according to information provided by the company about itself. The company did not give the name of who owned it.

It is clearly understandable that the newly established, inexperienced IS EG is only a front for Medi trade that is owned by the Egyptian General Intelligence.

The Egyptian General Intelligence is active in more than one field of investment, but its main area is the importation of food commodities. The latter decision can be understood as tightening the GID’s control over halal certificates associated with the import of meat, and ensuring that they have a monopoly over these certificates and that they are profitable.

This decision recalls what happened in 2016, when the government came under harsh criticism for issuing a decision to exempt imported poultry from customs duties, especially as the decision destroys the local poultry industry. Almost two days later, Prime Minister Sharif Ismail canceled that decision.

The government justified its retreat from the decision by ensuring the promotion and protection of domestic production, and giving the full scope for the poultry producers in Egypt to provide the needs of the market regularly and at reasonable prices.

But the controversy was highlighted before and after the decision, about those who benefited from the decision to exempt imported poultry from “customs duties.”

Press reports revealed that the port of Alexandria received 147,000 tons of frozen poultry from Ukraine, Brazil and Eastern European countries, all of which benefited from the customs exemption issued by the Council of Ministers.

The government decision, which lasted only two days, almost delisted more than EGP one billion of customs revenues due on these shipments. Government sources said that the shipments were agreed last month and were shipped before the decision was issued and entered the port immediately after the decision was made.

Under the weight of press attention, Alexandria Ports Authority announced that the consignment to which the decision was applied was for Medi trade.