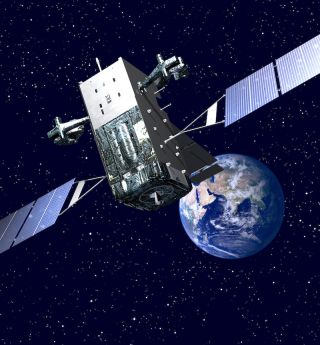 Egypt intends to launch a new satellite secretly, without publicising it or advertising it as propaganda as the regime usually does.

Official sources say that the secrecy surrounding the launch of the new satellite is because it will be used for military purposes, but others say the secrecy is to avoid repeating a 2015 incident which caused severe embarrassment when a satellite got lost in space.

An Egyptian satellite, launched in 2014, was lost in space shortly after its launch, but the Egyptian government kept it a secret. The Egyptian scientist Esam Heggy revealed this in 2015, causing severe embarrassment to the government which denied it initially but was finally forced to confess.

Heggy revealed that the Egyptian satellite lost in 2015 was not the first, but rather the second to be lost, and said that this is a natural result of the continuation of the process of marginalisation of scientific expertise at home and abroad. He pointed out that more than EGP 305 million was lost as a result of the lack of a vision to build or to benefit from the Egyptian expertise, and the absence of an Egyptian space agency.

The Egyptian government does not want to provoke Egyptians by announcing the cost at a time it is also saying it is suffering from a budget deficit. It also does not want to be subjected to similar embarrassment concerning the new satellite revealed by spaceflightnow.com.

The new communications satellite TIBA 1 was manufactured in secret for the Egyptian government, and joined a European Space Agency exoplanet observatory to begin final launch preparations in French Guiana. TIBA 1’s spacecraft will be launched in tandem with an Inmarsat mobile communications satellite on an Ariane 5 rocket set for lift off on November 22, 2019.

Egypt ordered the TIBA 1 communications satellite in 2016 as part of a purchase of French military equipment reportedly worth more than $1 billion (EGP 16.1 billion). French officials released no updates on the Egyptian satellite since 2016, and its name and assignment to the November Ariane 5 launch remained secret until today.

Airbus Defence and Space and Thales Alenia Space for the satellite manufacturing industry collaborated on the TIBA 1 project. In a statement, Airbus said it supplied the Eurostar E3000 satellite platform, assembled the spacecraft, and tested the satellite.

TIBA 1 is designed for mission in geostationary orbit lasting more than 15 years, and will weigh around 5.6 metric tons — or 12,345 pounds — fully fueled for launch, Airbus said. The Ariane 5 launch set for Nov. 22 will be the 250th flight of the Ariane rocket family since 1979.