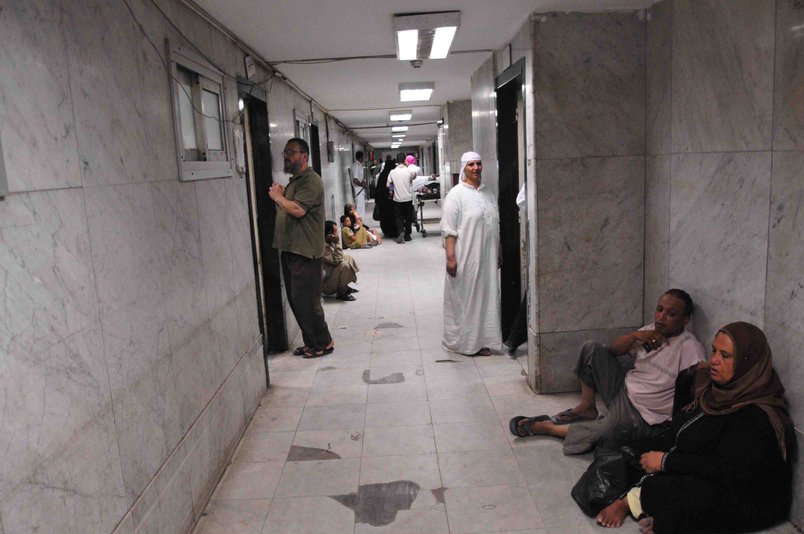 Between the shortage of medicine and the high price of drugs, patients in Egypt suffer from increasing problems, especially those with chronic diseases who are constantly searching for medicine. Although drug prices have doubled in just three years, complaints about drug availability and shortages persist.

For example, the governmental Egyptian Company for Pharmaceutical Trade raised the price of Corasore, a medication for the treatment of hypotension, from EGP 4.50 to EGP 12, an increase of 167 per cent.

A former science delegate in a pharmaceutical company Mahmoud Hassan confirmed that Caroasore disappeared for a period of time and is now available at a higher price: “The disappearance of medication is usually planned (making the market thirst) so that prices can be raised.”

He pointed out that “the number of [types of] medication [whose prices] have been raised since the beginning of the year, exceeds 100.” According to AlAraby AlJadeed, the average rate of increase in the price of medication has exceeded 100 per cent.

Following the decision to float the Egyptian pound in November 2016, the price of medicine has witnessed significant increases, in some cases more than 200 per cent, while pharmaceutical companies considered the increase of prices as “a guarantee of continued production.”

The Ministry of Health says the decision to raise the price of medication came “as a result of a complaint by pharmaceutical companies that they are affected by the high prices of production [and] inputs being imported and incurred losses for the production of some items, especially medication for chronic diseases.”

The Egyptian Centre for the Right to Medicine, an NGO specialised in defending the rights of patients, has warned the Egyptian Ministry of Health not to try to raise the price of any medication under the current difficult economic conditions in the country.

The Egyptian market has recently witnessed a shortage of several types of medication, the most important of these are for diabetes mellitus, hypertension and heart failure. This led to an escalation of public anger, but the government said it was determined to redress the crisis by establishing new pharmaceutical companies and expanding imports. Local pharmaceutical companies account for 60 per cent of the pharmaceutical market supplies, while multinationals supply around 40 per cent.

The Egyptian Initiative for Personal Rights (EIPR) says that Egypt has 14,000 registered types of medication, of which 11,000 have “codes” in distribution companies, while only 7,000 are actually available in pharmacies. This means that half of the registered items are not available, and that there are 4,000 items that were not originally produced despite their registration, as a result of companies competing to reserve codes regardless of the effect on the actual availability of the product in the market.

According to the January and February 2017 missing medications bulletin issued by the Central Department of Pharmacy under the Ministry of Health, the missing medication is divided into three tables. The first includes 282 types of medicine that are not available on the market but have alternatives. Patients should consult a doctor in case of replacement for drugs for the treatment of the common cold, stomach ulcers, cancer, headache, colon, and some antibiotics.

The second table includes 42 types of medication that have completely disappeared and there are no alternatives for them on the market. This is medication to treat chronic diseases, including diabetes, liver, cancer, hemophilia, angina and contraception, anesthetic and antibiotic medications.

The last table within the bulletin included 322 drugs that were in short supply and started to be made available in the market in small quantities because of the high demand, including for treating thyroid dysfunction and blood clots.