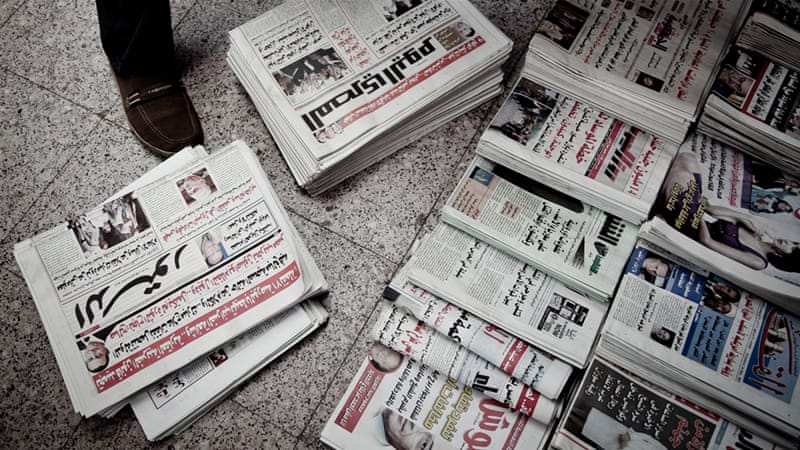 The number of journalists detained in Egypt has reached 34, including 10 who were arrested during the last wave of detentions over the September 20 demonstrations that called for toppling President Abdul Fattah al-Sisi’s regime. They protested against the deterioration of living conditions and the extravagant life the president and his assistants live.

Most of the detainees are being held in custody on two ready charges: “spreading false news and belonging to a banned group.” Many of them have exceeded their terms of imprisonment for a whole year without trial or release.

Torture and prevention of medical treatment

Most of the detained journalists suffer harsh and poor conditions inside detention and are subjected to a large number of violations, including the prevention of visits, prolonged solitary confinement, prevention of treatment, suffering and harassment. Some detainees have complained of torture.

One of the most prominent journalists subjected to torture was Moataz Wadnan, arrested in February 2018 for a press interview with Chancellor Hisham Genina, former head of the Central Auditing Agency (CAA) and a member of the campaign for the candidacy of General Sami Anan for the 2018 presidential election. Moataz was charged with “joining a group founded against the law and spreading false news.”

During his detention period, which has reached more than 20 months up until now, Moataz was subjected to torture, as he was kept in solitary in a highly-guarded prison. He was also prevented from working out, and from family visits. During his detention, his family was able to visit him only twice. This prompted the family to initiate a lawsuit to allow them to visit. Despite a ruling on their behalf, the matter has worsened as they were prevented from attending the renewal sessions for nearly nine months.

Wadnan has been on hunger strike more than once because of the bad conditions of his detention. The prison administration only responds with more torture. This was proved in a statement submitted by his wife last June, in which she accused prison authorities of torturing him, keeping him in solitary confinement, preventing him from working out, withholding medicine and family visits, and transferring him to a cell without water or electricity in an attempt to push him to break his strike. His wife warned that these situations may cause her husband’s death.

Esraa Abd Alfattah, a journalist for al-Tahrir newspaper, complained of being tortured by National Security officers after she was kidnapped from the street on October 12. Esraa informed the prosecutors that she had been assaulted and beaten to force her to open her cell phone and that she was hung above the ground with continuous abuse and threats. She went on a hunger strike more than 10 days ago to demand accountability for those responsible for torturing her.

The prosecution charged Esraa with “participating with a terrorist group in achieving its objectives, the dissemination of false news with the aim of stirring up public peace and the misuse of social media.” They have detained her pending investigation.

The union is useless

The regime succeeded in controlling the Press Syndicate after it brought members supporting it to its board of directors, starting with Captain Diaa Rashwan, who works as head of the General Authority for Queries. It is the official media and public relations service of the state and is responsible for the media image of the regime.

The union left its members facing detention and abuse inside prisons without moving a step, except for press releases by some of its independent council members demanding the release of the detained journalists.

Among the most prominent detained union journalists is Adel Sabri, the editor-in-chief of Masr al-Arabia website. He was arrested in April 2018 from the headquarters of the press website he manages.

Sabri was accused of not getting a license from the district to work, despite the site’s license and the company’s registration. Then the prosecution decided to release him. During the release procedures, Sabri was surprised at his referral to the Supreme State Security Prosecution on new charges of “spreading false news, inciting the suspension of the provisions of the constitution, joining a banned group and inciting demonstrations.” His detention has been renewed at every hearing for nearly a year and six months. Adel’s mother and sister died during his imprisonment, and the prosecution refused to allow him to leave to attend the funeral of either of them.

Also among the imprisoned union journalists is the editor-in-chief of al-Shaab newspaper Magdi Hussein, who was detained in July 2014 on several charges, including belonging to the Muslim Brotherhood and publishing false news. After a period of imprisonment that lasted for more than a year and a half, a decision was issued to release him.

During Hussein’s completion of the criminal disclosure procedures to complete his release, he was surprised that he was sentenced to eight years in prison in a publishing case on several charges, including the promotion of extremist ideas that harm the national unity and social peace of the country. He appealed the sentence and it was commuted to five years, of which more than three years have passed without the appeal against the judgment being decided.

Magdi Hussein’s health has deteriorated, as he had problems with his heart. In addition to suffering kidney problems and high blood pressure, he also needs surgery due to a chronic slipped disc as a result of poor imprisonment conditions. 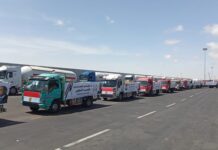 After Trump accuses the Egyptian army, what will happen to US...