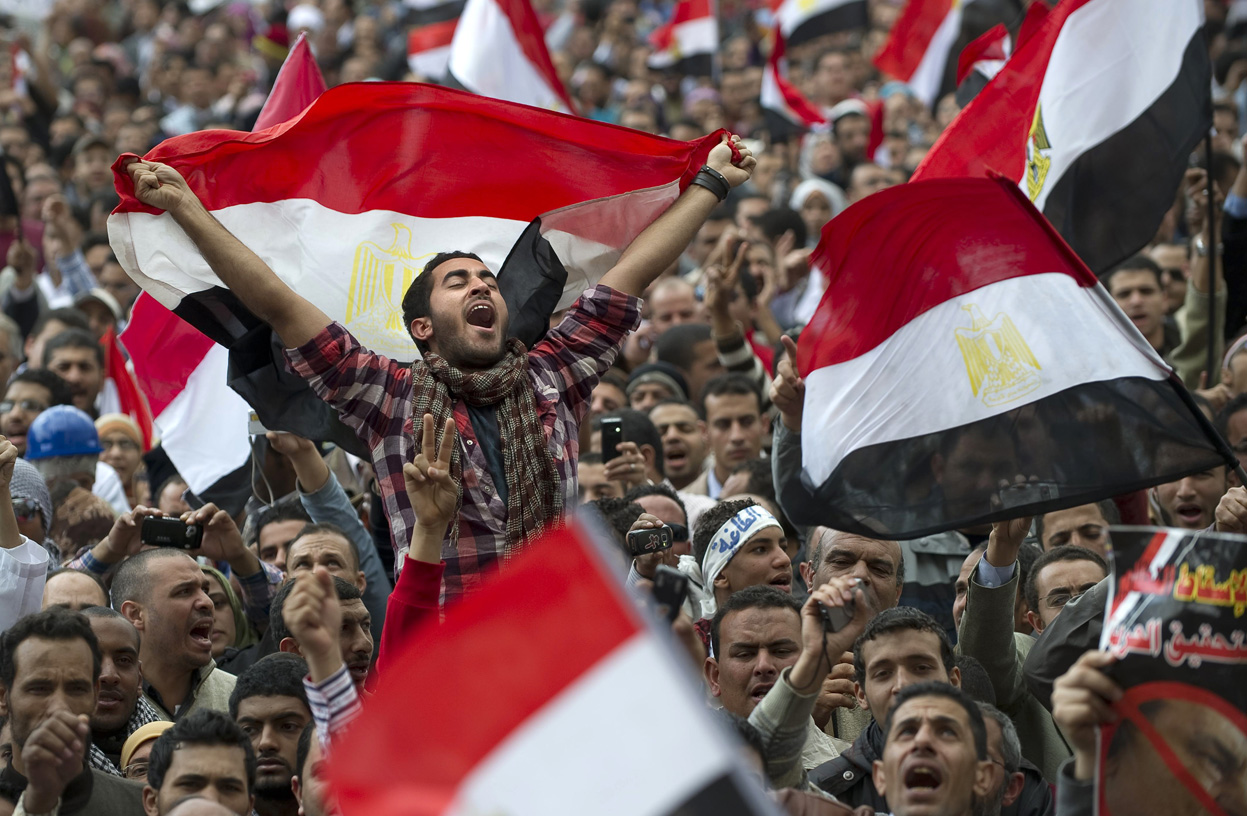 This month marks the ninth anniversary of the Egyptian revolution that broke out on 25 January 2011. The
revolution ousted former President Hosni Mubarak and stopped his son, Gamal, from succeeding him. However,
after these nine years, things have gotten worse at various levels.
Economically
The degraded economic condition was one of the most important factors spurring the January revolution.
Mubarak’s economic policies were based on several pillars including privatisation through corruption, which led
to the displacement of thousands of workers.
The support provided to businessmen will in turn help the poor, said the minister of investment a few months
before the revolution. Instead, the theory succeeded in increasing the wealth of the super-rich, as many of them
were able to accumulate wealth thanks to their relations with the regime’s officials. In 2010 the poverty rate
reached 25.2 per cent, according to the Central Agency for Public Mobilisation and Statistics.
Even though great hope came with the Egyptian revolution that the conditions of the majority of people would be
improved, things got worse and living conditions deteriorated further. Besides the preservation of the interests of
the old regime’s men, a new player has unexpectedly arisen; the military institution whose economic empire
enormously inflated after taking power in Egypt.
According to a recent study released by Carnegie Endowment, the army used to be an economic player with
preferential advantages until 2013. After that, the army turned into an official engine and the main participant in
designing the economic policies for all sectors especially those which it’s engaged in. The army pays no attention
to the effects of such policies on the economy. Take, for example, the Cement Industry for which the production
percentage for the army before 2011 was zero. After the revolution it increased to three per cent, then in 2018 the
percentage went up to 23 of the total production capacity of Cement Industry in Egypt, in spite of low demands,
which caused huge losses in the industry.
The huge expansion of the army in the economic sector has reached 25 per cent, officially, without counting the
other unofficial activities run by retired officers with many privileges that deprive the country of a lot of revenues
(tax and custom exemptions, free raw materials’ fees and others).
In addition to the expansion of domestic and foreign borrowing (the foreign debts of Egypt increased from $40
billion in 2011 to $109.3 billion in 2019), which contributed to the deterioration of the economy and living
conditions as the poverty rate reached 32 per cent and 60 per cent on either side of the poverty line.
Politically
A day before the January revolution, the political conditions in Egypt had deteriorated so far it could not support
the hopes and the expectations of civil society, including its parties, associations, and syndicates.
The 2010 parliamentary elections represented the core philosophy of the political regime of Mubarak in the years
that followed. The elections were forged and the National Party dominated over the vast majority of the
parliament seats without allowing the opposition to have any seats as what happened in the 2005 elections.
This situation drove many young people to get out from the umbrella of political parties to form movements and
lobbies such as Kefaya and 6th of April Youth movements and the National Association for Change. All of these
movements were exposed to security oppression, arrests and violations of its peaceful movements especially
demonstrations, protests, and peaceful vigils.
Right now, the Egyptian security system has swallowed the entire political life, so the regime no longer needs
election forgery as what happened in 2010. Almost all the parties have been eliminated through the arrest of the
majority of its leaders and young people, all kinds of protests have been prevented completely, even the
parliament has become a result of security calculations with direct instructions so the entire political system has
come under the full control of security bodies according to a previous feature report.
Security
Security conditions were a direct reason for the outbreak of the revolution. The killing of Khaled Said symbolised
the security philosophy of Mubarak’s regime which hugely expanded torture and arrest.
Human rights organisations condemned these conditions, especially after the leaking of several videos showing
citizens being tortured inside police stations. These organisations estimated the number of arrested at between
6,000 and 10,000 in what is known as “administrative detention.”

However, the current conditions make the majority romanticise those days, as pretrial detention has become an
alternative to administrative arrest since the jurisdiction turned into a security arm to punish opponents. The
number of violations and crimes has reached horrific levels including several cases of physical liquidation and
extrajudicial killing besides almost daily cases of the torture of detainees.
According to human rights estimates the number of detainees has reached 60,000 which drove thousands of
young Egyptians to leave Egypt. All of these combined factors make life for Egyptian people more miserable and
dark nine years since the eruption of a revolution which carried their hopes of a better, more decent life.