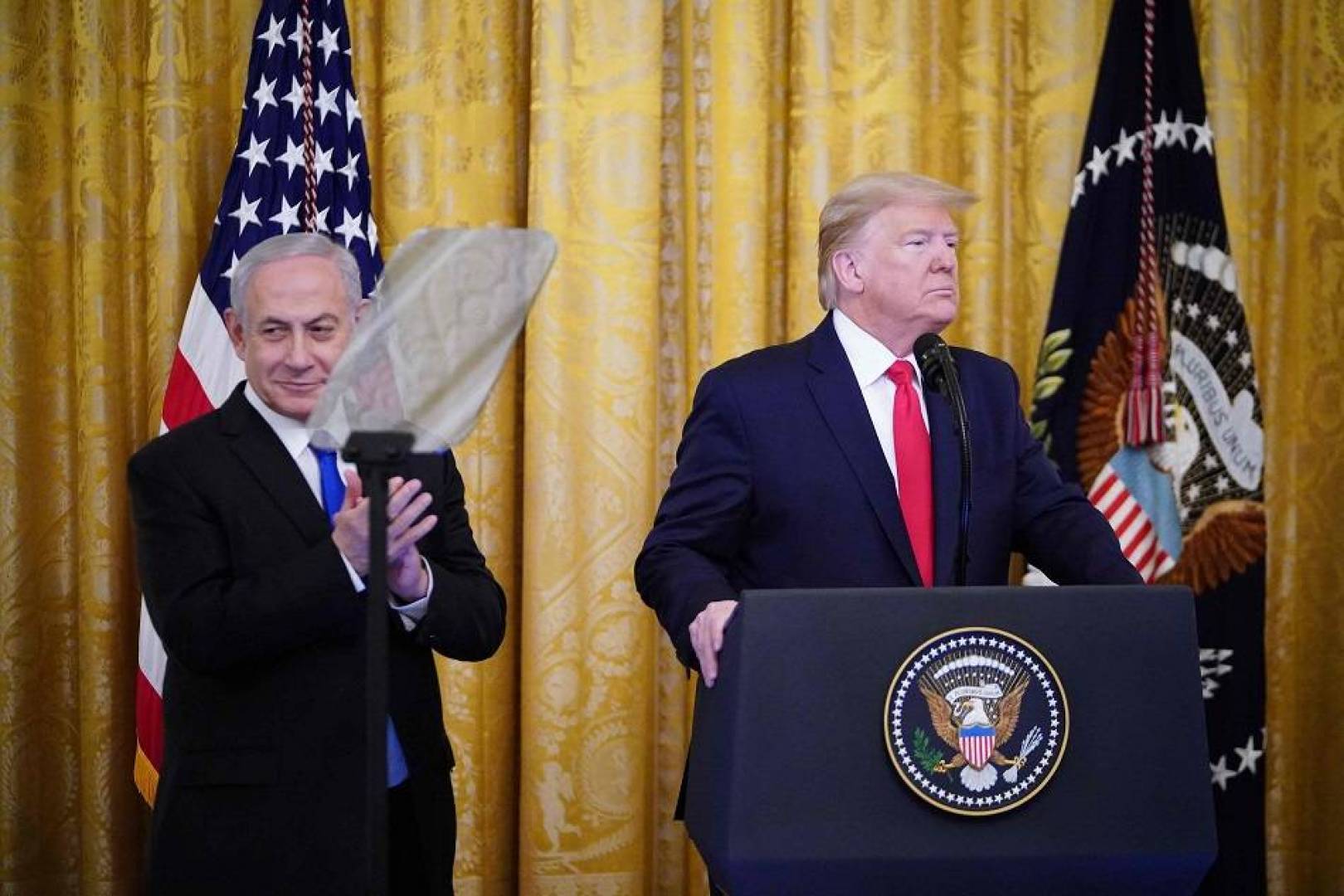 Officers of the Egyptian Intelligence together with editors-in-chiefs of Egyptian
newspapers and TV news shows have received instructions via a Whatsapp group on
how to report on Trump’s peace proposal, known as “the deal of the century.”
Almanassa news site got the full message that ordered journalists not to use the
expression “the deal of the century,” and not to publish anything on the Palestinian
issue without instructions from intelligence officers. The message ordered editors-in-
chiefs and TV editors to say “the peace plan” instead of “the deal of the century.”
These instructions came because “the deal of the century” is viewed as an American
plot to impose Israeli interests and the status quo on the Palestinians.
The Egyptian Foreign Ministry’s statement was published only 30 minutes after US
President Donald Trump declared his plan, announcing its support to American
efforts for peace.
According to Mada Masr, the president changed the wording of the message after the
original draft prepared by the Ministry of Foreign Affairs was sent.
In the statement, Egypt called on the two parties to study carefully the US vision of
achieving peace and opening the channels of dialogue to resume negotiations under
the US’ auspices.
Egypt called for reaching an agreement that meets the aspirations and hopes of the
two people to find peace and which leads to the establishment of an independent
Palestinian state.
Egypt said in the statement published across newspapers and websites that it is
important to consider the US administration’s initiative for reaching a settlement on
the Palestinian issue which restores the Palestinian people their legitimate rights
through establishing an independent, sovereign state on the occupied Palestinian
territories.