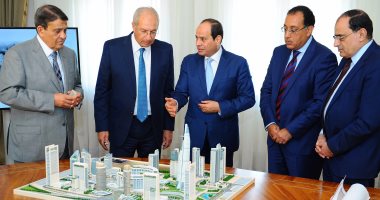 The government has announced that the sale of land in the first stage of the new administrative capital project
will be halted, due to the real estate market recession.
They have only marketed 44 per cent of the land from what they expected.
Ahmed Zaki Abdeen, Chairman of the Administrative Capital Company, said that “the company has so far sold
about 17,500 acres of the total area of ​​this stage of 40,000 acres.”
This indicates that the proportion of the area that was marketed did not exceed 44 per cent in the first of four
stages.
The move of ministries and governmental departments to the new capital was scheduled for 2018, but this was
postponed to 2019, and then postponed again to 2020.
It is expected that the area of ​​the new capital that was announced in 2015 will reach 170,000 acres, and the
government has already announced that the cost of establishing the first stage is about $45 billion, while the total
cost of the capital reaches more than $90 billion.
The new administrative capital has raised controversy in Egypt amid sharp criticism of the government about the
feasibility of building a new capital instead of developing Cairo, and about the huge cost of the project, which
caused an increase in debts and interest.
External debt rose more than $110 billion at the end of last September, an increase of 153 per cent from 2015.

Anger in Egypt over Emirati declaration about food aid to Egypt