EgyptWatch
Home Reports 4 years since his death Egypt has failed to close the Regeni... 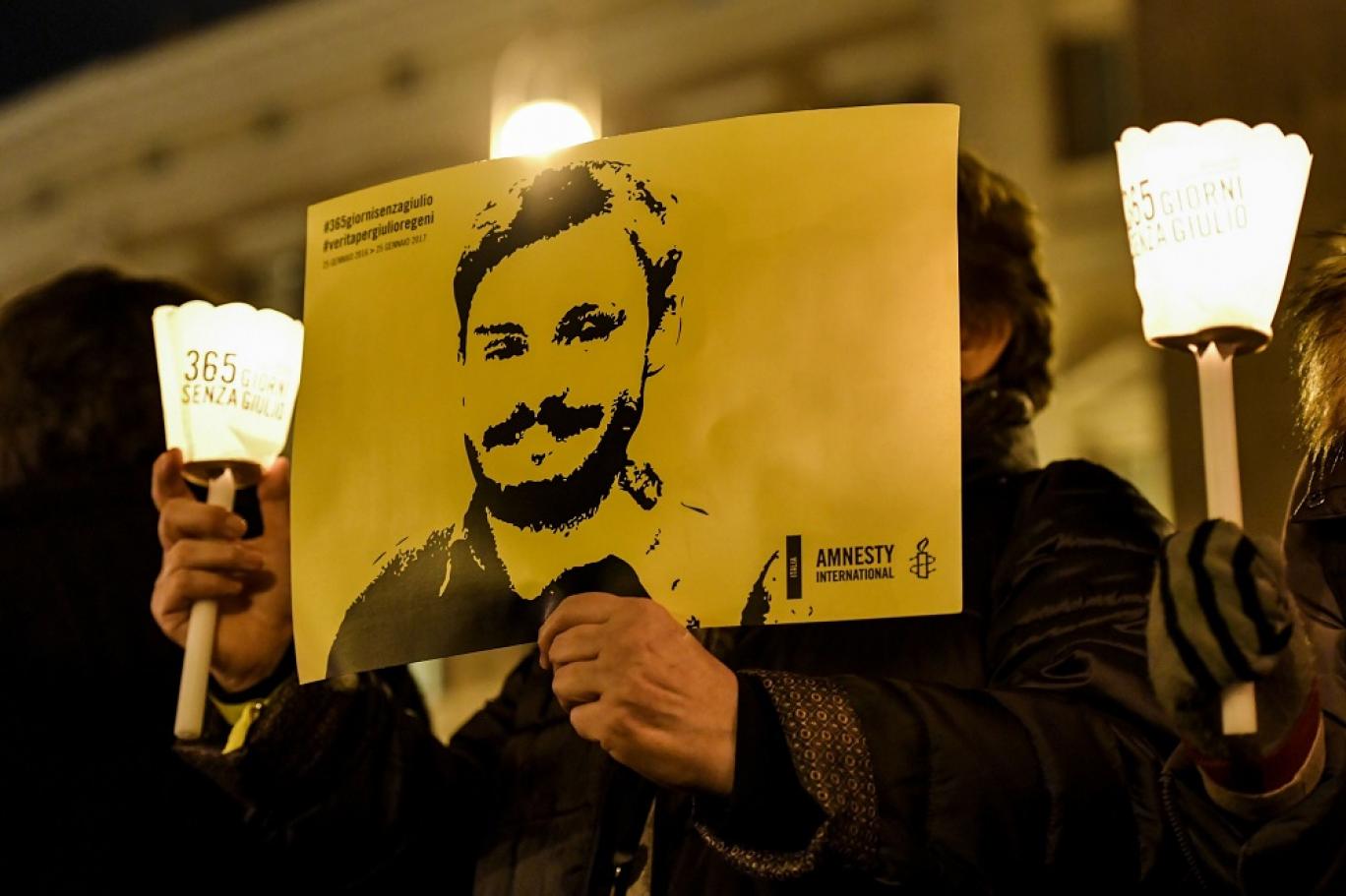 Despite the strong presence of the murder of Italian student Giulio Regeni during discussions at each
Egyptian-Italian diplomatic and political meeting, the perpetrators are still at large for the fourth year
running. His family refuses to let his death remain a secret.
Italian and Egyptian politicians and human rights activists attributed the continuation of the mystery of
Regeni’s death to the complacency of the Italian government on the one hand, and the elusiveness of the
Egyptians for four years on the other hand.
They also did not exclude the possibility that there is a big secret over the identity of those who issued
orders to kill him or to torture him to death.
Regeni, 28, was an Italian student and researcher who disappeared in central Cairo on January 25, 2016,
coinciding with the fifth anniversary of the January Revolution, before his body was found with marks of
torture on February 3 of the same year.
In an attempt to divert attention away from the Egyptian authorities for accusations of his murder, the
Ministry of the Interior presented on 25 March 2016 a story that later was proved false, claiming that
security forces killed a gang of five people in a shootout in a Cairo suburb, and found in their possession
Regeni’s belongings, trying to say that this gang robbed and killed Regeni.
Since that date, diplomatic relations between Egypt and Italy have been strained, and the Italian and
international newspapers and media have kept his case in the news. The case has been adopted by civil
society organisations and human rights organisations with the aim of pressuring the Egyptian
authorities to uncover the real killer.
On December 18, 2019, the Italian prosecution accused Egyptian officials of deliberately misleading the
investigations into Regeni’s killing, stating that Egypt’s allegations regarding the circumstances of his
death contradicted what was revealed in the autopsy conducted in Italy.
In the last meeting that brought together Egyptian President Abdel Fattah al-Sisi and Italian Prime
Minister Giuseppe Conte in Cairo, al-Sisi confirmed his full support for the current joint and active
cooperation between the competent authorities in both Egypt and Italy to reveal the circumstances of
the case.
Osama Suleiman, a former member of the Defence and National Security Committee in the former
parliament, expected that “the mystery of Regeni’s killing will continue to be mysterious as long as al-
Sisi’s regime remains, because there are many suspicions circulating about the involvement of senior
officials in his killing.”
Suleiman stressed that the al-Sisi regime could not close Regeni’s file, and would work to procrastinate
so that the real killer will not be brought to justice.
He expressed his belief that the Egyptian regime is not seeking to reveal the truth and bring the
perpetrators to justice, because there are influential figures in sovereign bodies that may have given the
order to kill Regeni. If his killers are tried, this will deprive al-Sisi from using these services again.
Suleiman considered that Italy could know the truth if Italian officials wanted to, but there would be a
conflict of interests with Egypt on the one hand and the countries that Cairo sought close cooperation
with on the other hand, in order to pressure Italy to slow the investigations into Regeni’s murder.
He pointed out that the file will continue to haunt the al-Sisi regime throughout his rule, and will join
the thousands of files of the martyrs of the revolution until the real murderers are tried.
Far from the corridors of governments and systems, Saeed Mohamed, an Egyptian journalist residing in
Italy, confirmed that the anger and sadness over Regeni’s death still casts a shadow over Italian society.

He pointed out that most of the squares in Italy witnessed candle lit vigils on January 25 at 7:40 pm,
which is the date of the last call between Regeni and his family.
Mohamed added that the Regeni family sent a letter to al-Sisi asking him to fulfill his promise and reveal
the truth. His mother said she will not be silent until it reaches the murderers of her son, whatever it is
they do for a living.
On the fourth anniversary of his death, Regeni’s family again demanded that the accused be handed over
to the Italian judiciary for investigation and trial.
Observers attributed the continuing mystery of the Regeni murder to the involvement of security leaders
in Egypt, because there is no reason to hide the truth otherwise.
They stress that the Egyptian authorities tried to purchase the silence of Italian officials by concluding
weapons and gas deals, but Italian officials cannot do this immediately because their people will hold
them to account particularly around elections.