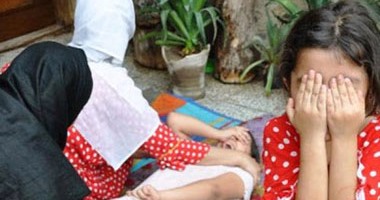 Fourteen-year-old Nada did not know that she was taking her last steps when her parents took her to a
clinic to undergo female genital mutilation (FGM) in a village in the governorate of Assiut in southern
Egypt.
Nada is not the first Egyptian girl to die as a result of this illegal surgery, but her story sheds new light on
this phenomenon, which has been around for decades despite government efforts, religious and
scientific awareness campaigns, and increased penalties.
Her uncle was the first person who reported to authorities about her death, which led to the detention of
the doctor and her parents, along with her aunt.
The competent authorities are checking the licence of the clinic in which the surgery was conducted,
amid assurances from the public prosecution that it will prosecute anyone who performs this illegal
surgery.
Many, especially in the Egyptian countryside, still believe that female circumcision is stipulated in
Islamic law, despite the fact that al-Azhar and Dar al-Iftaa have said it is not.
State agencies in Egypt have launched massive campaigns against female circumcision, published many
advertisements in newspapers and on TV, and enacted laws that criminalise these practices. Despite all
of this, the state appears to be failing to stop these old customs completely.
The National Council for Women demanded that the maximum penalty be imposed on everyone who
participated “in this heinous crime against an innocent child so that it can serve as an example to all
those who want to commit these crimes.”
Maya Morsi, Secretary General of the National Council for Women, addressed a message to the heart
and mind of every mother, father, and grandmother who still insists on committing this crime against
their girls: “Chastity and purity are not achieved by circumcision but with good education and good
morals.”
Azza al-Ashmawi, Secretary General of the National Council for Motherhood and Childhood, condemned
the incident as “a flagrant violation of children’s rights and a violation of the provisions of the Child
Law.”
Al-Ashmawi confirmed that the council is taking concrete and serious steps towards ending violence
against children through the National Committee for the Elimination of Female Genital Mutilation by
launching a campaign “protect against circumcision.”
In 2016, Egypt increased the penalty for perpetrators of the circumcision operation to between five and
seven years for the doctor, and between one and three years for those who request a girl is mutilated.
But in most cases, arrest often ends with reduced penalties or even release. Also, the cases that have
come to the public’s attention during the past five years do not exceed the fingers on one hand. Nada’s
case has attracted attention because she died. Most cases that do not end with the death of the girl pass
in secret without any penalty.
Mona Mounir, a member of the Egyptian parliament, said that the law alone is not enough to counter
this phenomenon, according to the BBC.
She believes that “changing the culture of society is something that will take years,” calling for more
awareness campaigns in the community and the media.
Mona said that the unfortunate thing was that “this girl was killed in cold blood by a doctor.”
Egyptian authorities usually say that girls’ circumcision surgeries are not carried out by doctors, but
rather by folk healers.

Mounir appealed to the Ministry of Health to tighten supervision to monitor clinics and doctors who
perform these surgeries.
She explained that “clinics in which this crime is committed are known, especially in rural cities and
villages.”
The parliamentarian, who had questioned the government about the death of Nada, expressed her
sadness and shock when she heard about the accident, “especially that any girl who dies because of this
surgery is exposed to moments of horror and extreme pain before her last breath. Worse, it is the
parents who lead their daughter to this fate.”
UNICEF says that Egypt is the fourth largest country in the world that practices female genital
mutilation.
The international organisation indicates that about 200 million women worldwide between 15 and 49-
years-old are subjected to FGM, and that half of this number is concentrated in three countries: Egypt,
Ethiopia, and Indonesia.
It is difficult to limit the victims of circumcision because the number of families who report death or
injury is very low, and public acceptance in some societies of this habit is still high.

Corruption in Egypt: Rosy statements and a painful reality

In Egypt the judiciary is not concerned with justice