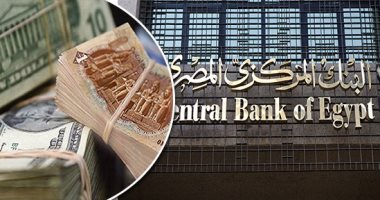 Egyptian foreign debts have tripled over the last 10 years, which places a burden on the Egyptian
economy suffering from a shortage in US dollar resources as the foreign debts reached about $109
billion in June 2019.
In addition to $25.5 billion called hot money, the value of treasury bills (loans due less than one year),
have been bought by foreigners, according to government statements.
The Egyptian Initiative for Personal Rights, an independent civil society organisation, has released a
report entitled “The foreign debt in 2019: How the burdens and pound increased” which explains
Egyptian foreign debt in 2019, the serious leap to unprecedented historical levels, and the way the
government tries to circumvent the real status of foreign debt to escape oversight and accountability.
The fastest-growing debt among the countries in the region
The rate of Egypt’s foreign debt bounced up to 17 per cent in 2018, which put Egypt as top country with
the fastest-growing debt in region, according to the World Bank. In 2019 Egypt kept this high level with
a slight increase at 17.4 per cent, which equals three times more than its GDP.
The majority of debt sustainability declined as its percentage compared with GDP, exports and
international reserves. Foreign debt is four times Egyptian exports, and 2.5 times the reserves of foreign
currencies.
The increase of debts led to the increase of its annual burdens and installments. The government paid
$27 billion of short-term debts over the year starting from March 2018 to March 2019. Besides the
overdue long-term debts, this amount of money equals $459 billion directed to paying the debts outside
the country instead of being directed to development.
The payment of such an amount needs five times the revenues of the Suez Canal, which is more than six
times the expenditure on health and more than three times the expenditure on education.
The composition of foreign debts has declined and it is more difficult to be paid compared with the
situation 10 years ago. As the economic principle providing that the more the grace period increased
(years passed before starting to pay the debt), the years of payment increased and the interest rate
decreased the more the debt could be described as an easy debt.
However about three-quarters of foreign debts are long-term debts, but it doesn’t make them easy debts.
As the payment schedules of tradable foreign national debt reached 12.07 years (thanks to offering long-
term dollar bonds payable over 30 years or more). The cost of this government debt bill is high and
considered among the top globally, according to the minister of finance Mohamed Maait last October.
While a quarter of Egyptian foreign debt is payable within a year, it follows that Egypt will continue to
borrow again to pay off the overdue loans instead of investing or developing.
The government tries to evade oversight and accountability
The central government had the biggest increase in foreign debt, as its share bounced up to 10 per cent
of the total foreign debt. The normal case is that the central government borrows only, except in some
exceptional conditions, as the government is a responsible party for paying all these debts with interest.
In addition to that, the government must get permission from parliament before foreign borrowing
which makes the complete image of foreign borrowing clear through the national budget then
observation and accountability become easier.
Instead, we find that the government has borrowed $57.3 billion in 2019, which is 52 per cent of the
total foreign debt, including $19.4 billion of offering international bonds, which is a tool of borrowing
away from the supervision of the parliament where the government doesn’t have to explain how to use
those debts.

On the other hand, other sectors (unknown governmental sides) with the Central Bank and the other
banks are responsible for the rest of borrowing as explained in the figure. What’s wrong with this
situation is that the majority of those debts are foreign debts that don’t pass through the parliament in
violation of the constitution, accompanied by a lack of transparency about its terms and how it should be
spent.
How does the price of the pound rise against the dollar?
Over the last four years, the availability of dollars in the Egyptian economy was essentially dependent on
the increase of foreign debts which resulted in the stability of the exchange rate at the expense of the
increase of borrowing dollars.
The value of the pound rose against the dollar by more than eight per cent since the beginning of 2019.
Still, there is no reason for this rise, it may just express the resilience of the economy. And there is no
increase in the supply of dollars in Egypt to justify the decrease of the dollar against the pound, so how
did that happen?
It seems that the reason for such a decrease is the increase in hot money flowing into the economy
compared with last year. Besides another factor, the Central Bank kept the hot money in accounts
outside international reserves, in exchange for assuming responsibility for managing those dollars when
foreign investors claim they have to be transferred outside the country. This is known as the
“repatriation mechanism.” The International Monetary Fund forced the Central Bank to cancel this
mechanism avoiding a dollar emergency.
The cancellation of this mechanism at the end of 2018 led to the pumping of this money into the market,
which gave the impression the dollar was available. But in return, the status of the pound has become
fragile, as if foreigners were concerned about stability or if they wanted to withdraw it collectively. Then
the demand for the dollar will increase suddenly, while the Central Bank doesn’t have reserves that could
compensate for the increase in demand which may increase the price of foreign currency and weaken the
value of the pound again.