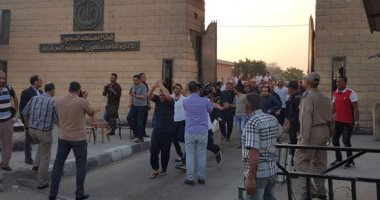 The pro-regime newspaper Youm7 has said that there will be a presidential amnesty for 498 prisoners on the 68th anniversary of the National Police Day. Included on the list is Ramy Sayed, a member of April 6 Youth Movement, who has been imprisoned for over four years. The Egyptian Commission for Rights and Freedoms issued a statement saying that the decision was made last Saturday yet Ramy has not been released until now despite being taken from Wadi al-Natroun prison to the police station in preparation.