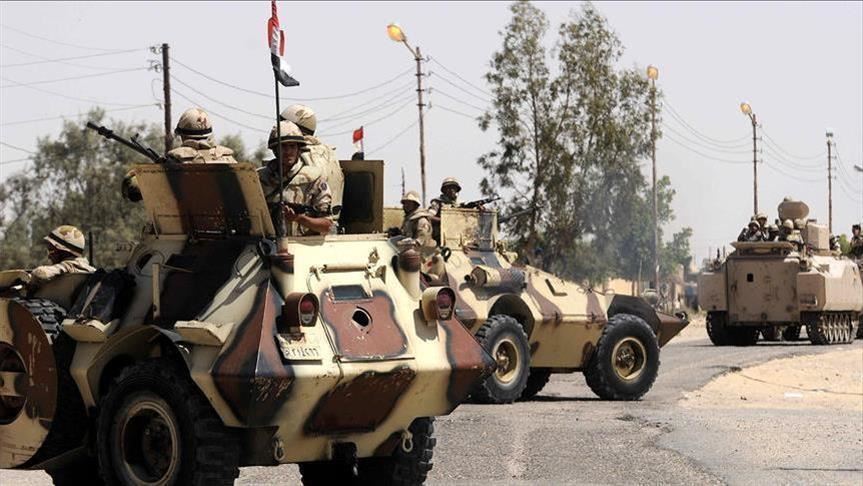 The Egyptian army spokesman has announced that seven army officers were killed in a terrorist attack targeting three security checkpoints near the village of Joura, south of the North Sinai city of Sheikh Zuwaid. Militants attacked the checkpoint in four-by-four vehicles and motorbikes, while security forces were targeted by sniper fire.
The army said it foiled the attack, by killing 10 terrorists and destroying a four-wheel drive used by the terrorists, who belong to the Islamic State group in Sinai. Egypt has struggled to contain an insurgency in North Sinai that escalated after the military coup in 2013.
A series of bloody attacks have taken place in North Sinai since the beginning of the year, killing and wounding dozens of soldiers, in addition to an attack on the Egypt-Israel gas pipeline earlier this month.

Gas pipeline explodes in a residential neighbourhood in 6th of October...