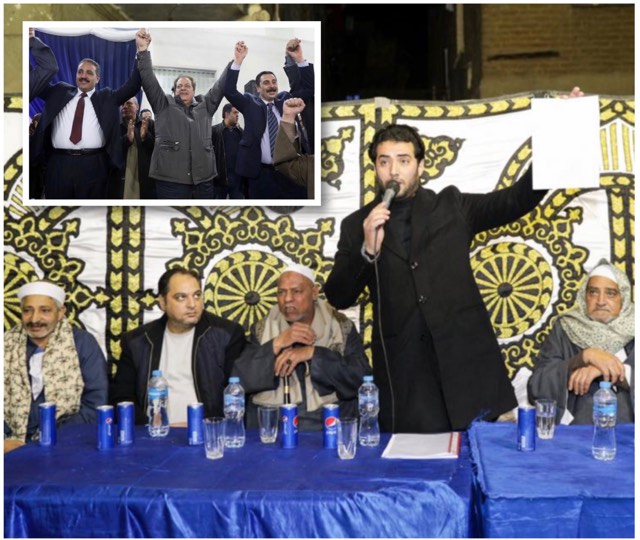 The candidate for the parliamentary by-elections for the Giza constituency, Hisham Badawi, published a video that was widely shared on Facebook in which he accused his competitor, businessman Mohamed Aboul Enein, of buying the electoral vote for EGP 100. Badawi appeared in the video holding a large number of identity cards, which representatives of Aboul Enein took from voters for EGP 100. Someone in the video says he handed workers for Aboul Enein’s campaign 1,200 ID cards. Badawi is running for the seat in the Giza constituency succeeding his father, MP Muhammad Badawi, who died last November.

Aboul Enein was nominated as a representative of the Nation’s Future Party loyal to the security services that appointed him as deputy head of the party for Parliamentary Council Affairs. Aboul Enein, who is accused in several cases of corruption and the seizure of state land, was previously president of the Industry Committee in the parliament and member of the Policy Committee of the National Party. He is the owner the Ceramica Cleopatra group, as well as the company Cleopatra Media for Satellite Channels, which owns the Sada el-Balad news website and TV channels.