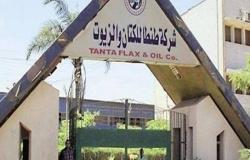 The board of directors of Tanta Flax and Oil Company have issued a decision to fire eight workers in the company after an open strike initiated by workers at the company, which entered its third day. The former labour leader of the company, Jamal Othman, said that 350 temporary workers in the company have been on strike since Saturday. Othman added that the striking workers joined the company gradually in the years between 2005 and 2010 under temporary contracts with low salaries, but have not obtained permanent contracts until now, which means depriving them of all their professional and financial rights except for their monthly salary, which is estimated at EGP 1,600. A worker noted that this strike is the fifth carried out by Tanta Linen workers over the past five years for the same demand.

Tanta Flax Company was privatised in 2005 after it was sold to a Saudi investor for EGP 83 million, but the judiciary issued a final ruling in 2013 to return the company’s ownership to the state.

Al-Sisi launches the second stage of the Decent Life initiative… What...