EgyptWatch
Home Reports A crisis within the journalists’ syndicate 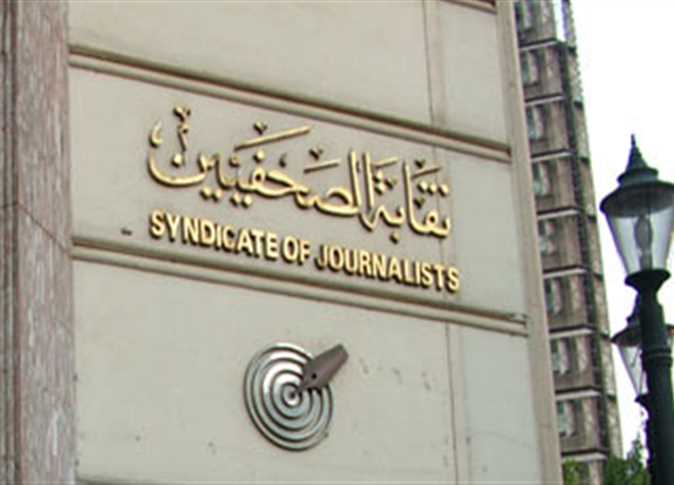 The crisis sparked by the resignation of the treasurer of the Journalists Syndicate Council, Hesham Younis, has returned to grab headlines after the release this week of a number of statements by members of the council. The crisis began in early October, when the treasurer of the syndicate Hesham Younis published a post on his Facebook account announcing his resignation due to corruption in the syndicate. Younis announced in the post that he would submit a communication to the public prosecution to investigate cases of financial and administrative corruption which the General Secretary of the Syndicate Muhammad Shabana is involved in. Shabana and Younis exchanged accusations, so the council met and decided to refer the case to the public prosecution. The crisis calmed down for a period of four months, pending the investigation, and Younis continued to pursue his work as treasurer during this period. But the crisis exploded again last week when the council issued a statement announcing its unanimous approval of Younis’ resignation and that it was forming an internal committee to investigate the reasons for his resignation.

Journalist Mohamed Saad was assigned the position of treasurer, but coordinator of the Council’s Liberties Committee, Amr Badr, issued a statement confirming that the decision to accept Younis’ resignation was not unanimous, contrary to what was stated in the council’s statement. “Younis resigned four months ago… although no one in the council was asked to discuss it,” he said, adding “I did not agree to the resignation and asked for the problem to be solved inside the council without dropping the membership of an elected colleague from the general assembly.” Later, the crisis escalated as seen in a statement issued by the new treasurer Muhammad Saad who announced his apology for accepting the position of treasurer, and for attending the syndicate council’s meeting until the completion of the investigation into Younis’ resignation. Another member of the council, Gamal Abdel Rahim, demanded that the resignation not be accepted before the reasons it had been put forward had been investigated.

Representative Diaa Rashwan responded to both Badr and Younis, saying that “the decision was taken after the consensus of 10 members of the council, and what is happening inside the union is an artificial crisis.” In an attempt to remedy the situation, the syndicate’s council issued a new statement yesterday, announcing the submission of a communication to the attorney general to quickly investigate incidents of corruption and calling the union’sinvestigations committee to meet to discuss the crisis. Rashwan decided to assign Hussein al-Zanati as the treasurer. All these statements sparked anger inside the journalist community, and sources reported that attempts are now being made by a group of journalists supporting Hesham Younis to collect signatures to issue a statement announcing their rejection of the syndicate council’s acceptance of Younis’ resignation before the incidents of corruption he raised have been investigated. This crisis comes at a time when Egypt is witnessing the most violent era of oppression and abuse of journalists.

Security services have detained more than 30 journalists, a large number of whom were arbitrarily dismissed, in addition to restricting and controlling press freedoms. According to the Reporters without Borders press freedom index, Egypt has fallen to 163 globally out of 180 countries. According to statistics from the Committee to Protect Journalists, Egypt is ranked the third worst country in the world in terms of imprisoning journalists.

Sickness profiteering: The Egyptian regime is making money out of the...