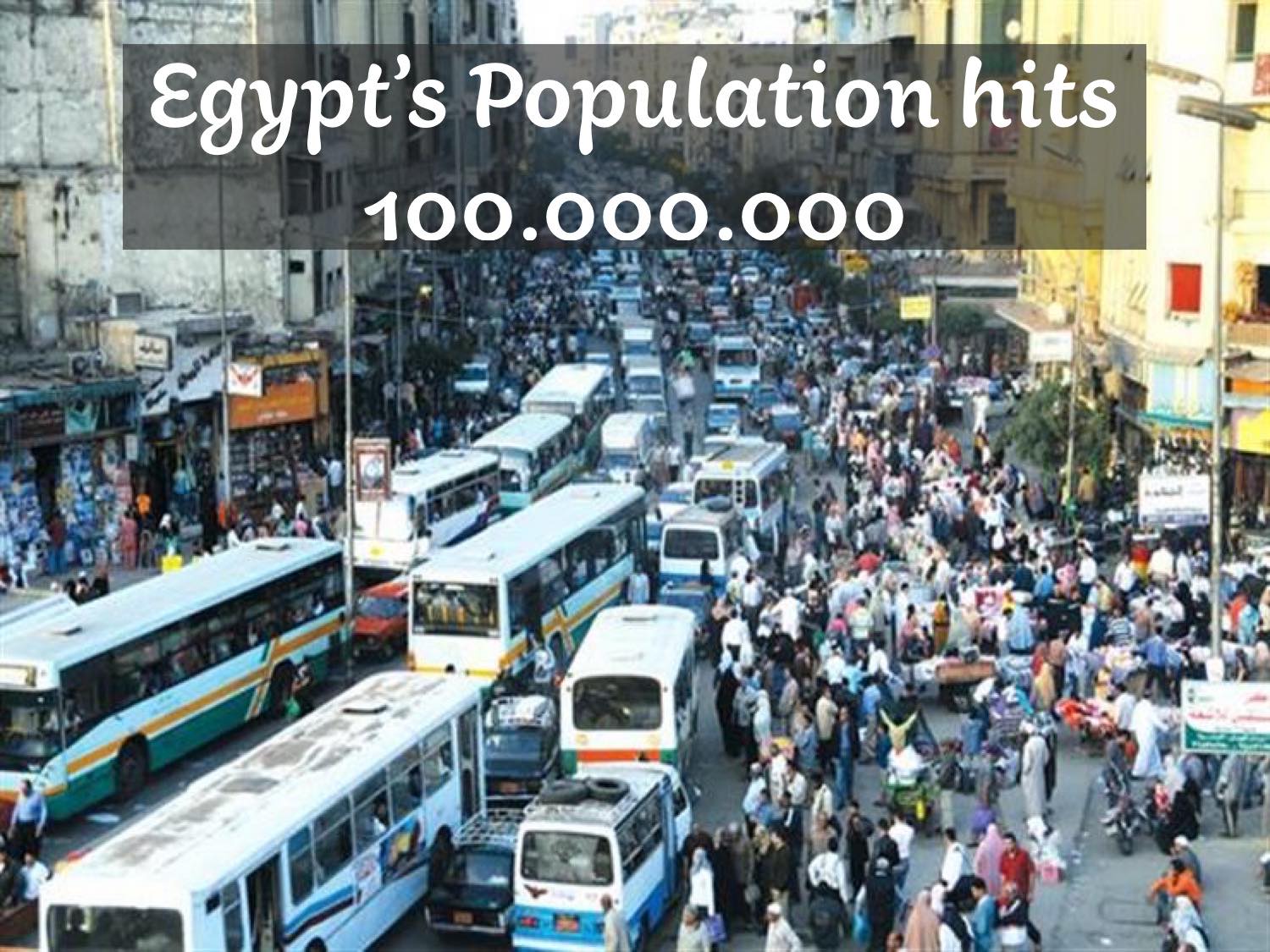 Egypt’s official announcement that the population hit 100 million people, the first Arab country to reach this figure, has raised many questions about the future of development in Egypt. While some have warned that overpopulation is a time bomb, others see it as a positive matter given that population is the fuel for development in any society. But the Egyptian government sees this as a cause for concern, and is currently working on preparing the National Project for Family Planning. After the meeting, Egyptian Prime Minister Moustafa Madbouly said that the population increase represents “the biggest challenge for the state and an obstacle to building a strong state.” He explained that the rates of population increase “hinders the path of development.” Ali Jalabi, a professor of sociology at Alexandria University, stresses that the Egyptian state needs to double its efforts to confront the population increase. Legislation is important, but it is necessary to work on raising awareness and social change on this issue. Jalabi said that current government strategies must take into account the difference between approving family planning laws and actually practicing family planning. The Professor of Sociology of Population added that modern government policies such as developing methods of monitoring population statistics and providing data and information is important and effective in facing the situation and can have a positive impact in the future, according to his statements to the BBC.

In 2017 the Central Agency for Public Mobilisation and Statistics conducted the first electronic census in the history of Egyptian censuses. Professor Hanan Hussein, School of Operations Research and Statistics at Thebes Academy for Management Technology and Information, said: “The accuracy of the data will contribute to understanding high density areas in which we need to enhance services and infrastructure.” “It will also make efforts to spread the culture of family planning more effective, by targeting those areas with focused awareness campaigns and educating the population on the importance of limiting childbearing and birth control.” Currently, the important thing is to know the demographic characteristics of different areas in Egypt, Professor Jalabi says. “Knowing the characteristics of the population enables it to be used well to serve development and promote future work to improve conditions and redistribute the population and benefit from young people.” The 2017 census was implemented according to the theoretical method of “the usual place of residence,” instead of the actual location which was used in previous censuses. Hanan pointed out that this new system guarantees reducing errors and losing information, as data is sent immediately from the census site to the statistics centre database and then analysed accurately.

According to the Egyptian Minister of Planning and Development, Hala al-Saeed, there is an increase in the current fertility rates at 3.4 births per woman. The population is expected to reach 192 million by the year 2052. Dr. Ibtisam Mustafa, a specialist in development issues and executive director of the Voice of the Nile Development Foundation, says that human resources represent a strength for any country provided they are exploited, managed and their potential maximised. Ibtisam described population increase as a “double-edged sword,” as on the one hand the population is fuel for development, one of the pillars of the progress of nations and the enhancement of their industrial and agricultural capabilities and achieving the maximum benefit from their natural resources, but it may also be a curse and a problem facing countries that already suffer from a lack of resources or an inability to develop the population scientifically, intellectually and culturally.

On the Edge of Failure: Why “Tablet” Won’t Solve Education Crisis...