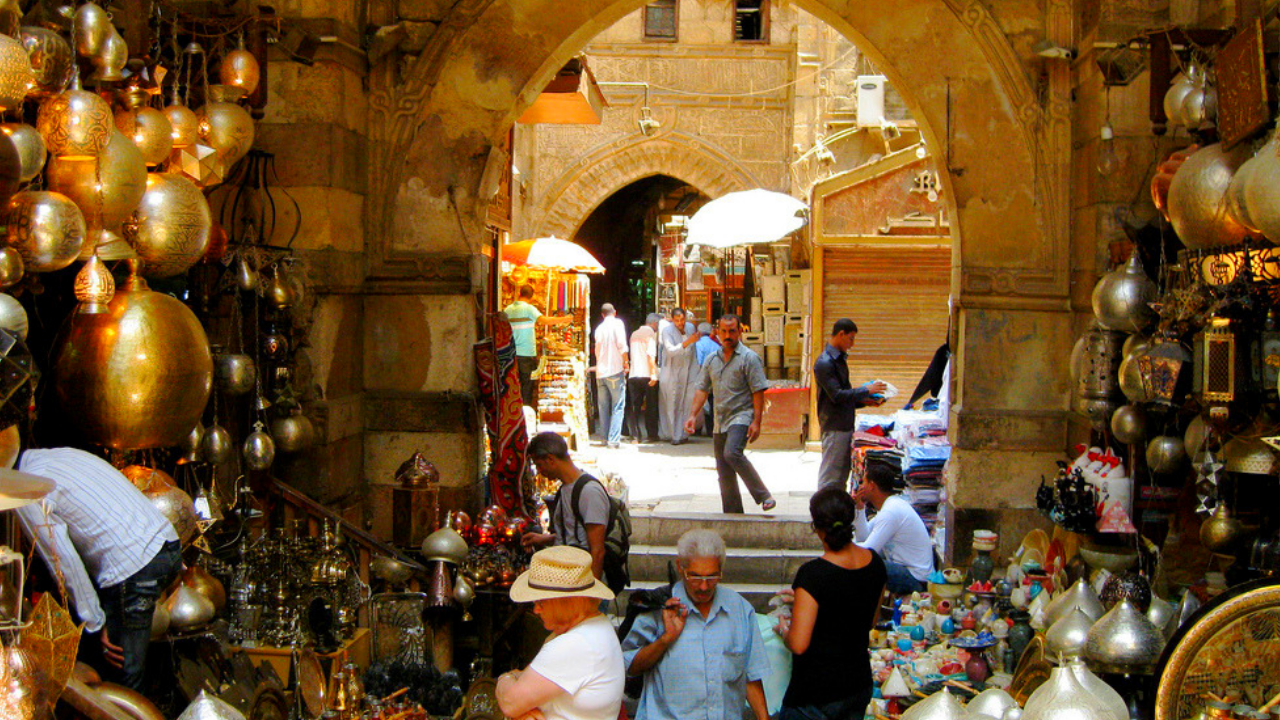 The German newspaper Nordbayern has reported that German tourists resent walking in the Khan el-Khalili area in Cairo because Egyptians crowd around them to take selfies on their mobile phones. The newspaper pointed out that a gathering of blonde women in a Cairo neighborhood such as Khan el-Khalili appears to be an unusual sight for the local residents. Years ago, seeing tourists in the Khan el-Khalili area was normal. European tourists marched through the streets of Cairo and the tourist areas, but years after the collapse of tourism in Egypt, the sight of tourists appears rare. Nordbayern noted that Egyptian families are also flocking to German tourists, especially girls and blonde women, to request to take pictures with them. According to the newspaper, German tourists consider this a pleasant welcome from the Egyptians, but at the same time find it disturbing. The newspaper recommended German arrivals wishing to visit the Egyptian capital, which has a population of around 10 million people, to take a professional tour guide on their trip. According to the report, the German tourists also reported that there is no clear traffic system. The newspaper quoted an Egyptian tourist guide named Qutb, who said that the biggest problem lies in the behaviour of drivers in Cairo. Qutb, who studied at the German University of Innsbruck, added: “Despite the criticism of tourists of some of the negative things in the Egyptian capital, this chaotic city with its wonderful mix of unique residential buildings, antique villas and mosques, is a wonderful tourist destination with very beautiful areas.” The tourist guide continued: “In the Coptic neighborhood of Cairo, tourists can listen to church bells ring, a sound which is familiar to them.” He continued: “The famous hanging church in the Egyptian capital, which was built in the third century on the gate of the Roman fortress of Babylon, provides a wonderful site for tourists to visit, not to mention the Church of Sergius and Bacchus of the Holy Family that once took refuge in Egypt.” Qutb considers that “Cairo is not considered a destination only for the Copts, but also for the Jews, and the evidence for this is the Synagogue of Ben Isra, which belongs to another historical legend.” He added: “Beside the religious monuments there is the Egyptian Museum in Cairo, which attracts crowds of people to see the greatest Pharaonic treasures.” The report added: “Most German tourists coming to Egypt prefer to go to the Red Sea to swim or snorkel, while others explore the ancient archaeological site.”