EgyptWatch
Home Reports A new separation wall: Are Egypt and Israel planning to tighten the...

About two kilometres away from the Karam Abu Salem crossing area, Egyptian authorities have started building a new wall along the border of the Gaza Strip, six metres above ground and five metres below. The new wall is similar to the Israeli separation wall surrounding the Gaza Strip and West Bank, which human rights organisations describe as an apartheid wall. Whilst Israeli media has announced the wall on its website, no official announcement has been issued on the Egyptian side. The American website Al-Monitor reported details of the new wall, and quoted tribal sources in North Sinai (northeastern Egypt) who said that the new wall is being constructed using concrete, in parallel to the old rock wall that Egypt built on the border with Gaza in early January 2008. The walls are separated by no more than 10 metres and according to sources, the construction work on this wall may extend until the middle of this year. This is not the first separation attempt of its kind. Cairo established a 14-kilometre buffer zone along the Egyptian border with Gaza in October of 2014, however this was not enough to prevent the tunnel being built between Gaza and Sinai. On February 3, the Egyptian army announced that it had discovered a three kilometre tunnel south of the Rafah security camp, extending from the Gaza Strip to the heart of Rafah.

According to Egyptian security sources, the tunnel was dedicated to the “infiltration of terrorist elements from the Gaza Strip to plant improvised explosive devices on the Egyptian side and to push terrorist elements supporting ISIS in Sinai and transporting weapons and explosives.” Egyptian authorities discovered the tunnel after five soldiers were killed when an explosive device was detonated in the south of Sheikh Zuweid, a border city near Gaza. Observers have raised questions about why the wall is being constructed in secret and whether it is part of the Egyptian regime’s attempts to tighten control on the Gaza Strip and Hamas. Experts have that “the goal of the construction of the wall is primarily related to the elimination of those tunnels, which are used to reduce the damage caused by the siege on the Gaza Strip.” Security experts point out that the construction of the wall coincides with Israeli media leaks about strained relations between the Egyptian regime and Hamas, after Ismail Haniyeh’s visit to Iran as part of his foreign tour. The construction of the wall also coincides with the announcement of the so-called deal of the century.

Israeli media hinted that the wall may be used to tighten the blockade of Hamas and force it to agree to the deal of the century. The wall will create a crisis for the besieged residents of Gaza, who see the tunnels as a lifeline to bring in fuel, food, and medicine. Security experts warn that tightening the siege may lead conditions in the Gaza Strip to explode and will also be harmful to Egypt which has a weak economy. 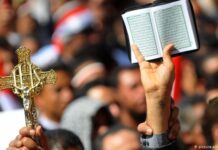 Sectarian strife rears its head in Egypt again: Who woke it up? 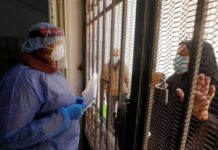 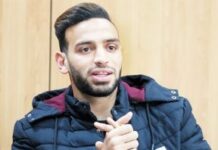 The Rab’a sit-in slaughter: 7 years without investigation or trial