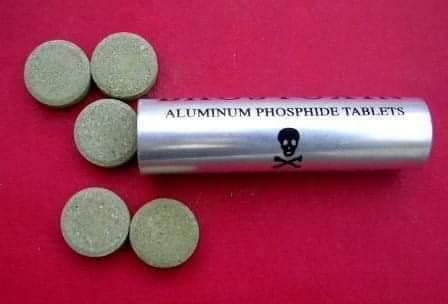 In 2019, 116 Egyptians died in Menoufia Governorate, north of Cairo, using one suicide method – tablets containing aluminium phosphide, which are used to kill small animals including rats. These tablets are sold cheaply, for EGP 1 per tablet ($0.06). Surviving these tablets is extremely rare as they contain three times the lethal dose of aluminum phosphide. The Faculty of Medicine at Menoufia University called for criminalising the sale of these “killer tablets.” Revelations about how widespread these tablets are came after several bodies were found dumped in front of metro trains. A number of people have thrown themselves in front trains because it is an inexpensive and quick method of suicide, which only costs the price of a ticket. Last December, a university student committed suicide in Egypt by throwing himself off the top of the Cairo Tower. The tablets are cheaper than subway trains or Cairo tower tickets, which explains why they have become so popular recently.

Suicide rates in Egypt have shot up in the last two years as the cost of living and the unemployment rate have skyrocketed. In August the Egyptian National Centre for Criminal and Social Studies found that 25 per cent of Egyptians suffer from mental illness due to the high rate of poverty, which pushed 60 per cent of these to consider suicide. In July Egypt’s auditing agency reported that the poverty rate in the country hit 32.5 per cent in the year 2017-2018 after the World Bank released a report in May to say some 60 per cent of the population is either poor or vulnerable. Under the conditions of a 2016 IMF loan, the government has rolled out austerity measures that have hit fuel and electricity prices causing them to rise. These have not been offset by an increase in salaries. After the Egyptian pound was floated, inflation hit 33 per cent. Suicide and mental health public services are underfunded, professionals don’t have adequate training and social stigma prevents people seeking help.

Egypt tops the list of Arab countries with the highest number of suicides, according to what MP Mona Mounir said in a statement to parliament. A number of parliamentarians pointed out that economic conditions are behind the increase in suicides in Egypt due to young people losing hope. Observers say that there are many causes of suicide in Egypt, but the most prominent of them is the spread of poverty, political repression, the imprisonment of thousands, and high prices. Psychologists assert that the number of suicides in Egypt is more than what is announced. Many families try to hide it and record it as a natural death because suicide is considered a disgrace and a shame, and Islamic law prohibits suicide.