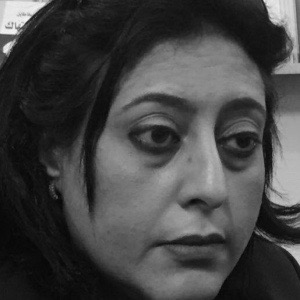 The Egyptian authorities suddenly deported the Palestinian writer and publisher Bisan al-Adwan, after holding her for a week inside a police station, without announcing the reasons, which caused a shock in the cultural and literary circles. Bisan belongs to the family of the well-known Palestinian militant Kamal al-Adwan, who was raised in Egypt and educated in it before joining the ranks of the Palestinian National Liberation Movement. He was assassinated by the Israelis in Beirut in 1973. Like many Palestinians abroad, al-Adwan Family consists of refugees who were forced to leave their land and homes in 1948. And like many of her family members, Bisan saw in Egypt a homeland; she belonged to it, while keeping her Palestinian identity. Bisan has been in Egypt for decades, studied at al-Azhar University and founded Ibn Rushd Publishing House. Nissan is also known among Egyptian cultural, political and human rights circles. However, she was surprised that the police decided to detain her during her request to renew residency in Egypt, and then was completely shocked by the order of her deportation. It is believed that the deportation of Bisan is related to her positions on the regime of Abdel Fattah al-Sisi. The Palestinian publisher is known for supporting the January 25, 2011 revolution, and the rights and freedoms of the Egyptian people. She also opposed Sisi’s rapprochement with Israel, and wrote articles in this regard, such as Egypt’s Policy Toward the Palestinian Cause: From Conflicting with Israel to Defending Its Security on Mada Masr.

Dozens of Egyptian writers and intellectuals signed a statement expressing their shock at the deportation of Bisan and demanding that she be allowed to reside in Egypt and be granted citizenship because of her contribution to supporting cultural life in Egypt. Bisan Is Not The First Bisan is not the only Arab writer to be abused by the regime of el-Sisi because of political positions. Last year, the Egyptian security forces arrested Palestinian-Egyptian activist Ramy Shaath, son of Nabil Shaath, the former Palestinian Foreign Minister and the current advisor to the Palestinian president, on the pretext of his participation in illegal political activity. According to Rami’s father, his arrest is related to being active in the Boycott, Divestment and Sanctions movement (BDS) that he leads its activities in Egypt and his opposition to the so-called Deal of the Century. His criticism of Egypt’s participation in the US-led Bahrain Meeting on Palestine, which aimed at Arab normalization with Israel, also played a role in his arrest. Before his detention, Egyptian security forces had persecuted Rami for many years because of his public stances against all forms of political repression in Egypt, as well as his defense of Palestinian rights against the Israeli occupation and apartheid. For example, in April 2012, the Egyptian authorities refused to renew his passport on the pretext that he was Palestinian, not Egyptian. Rami won a case in March 2013 and they had to re-issue his Egyptian passport. However, the state appealed the verdict in 2018 and again attempted to deprive Rami of his nationality, which was rejected by the Supreme Administrative Court.

Also, the regime deported Lebanese journalist Lilian Daoud, who lived in Egypt and worked as a presenter for the ON TV network. A decision to deport her was issued suddenly on the grounds that her residency in Egypt had ended, and the security forces stormed her home, half an hour after the termination of her contract with ON TV. They gave her 5 minutes before taking her to the airport and deporting her without letting her take any luggages. Lillian said she had been trying to “renew her residency in Egypt since mid-2015, but the authorities refused this every time, and said that some high-profiles were behind the issue.” The reason for this, she adds, is her adherence to objectivity and impartiality in her talk show and that she was presenting different points of view. This policy did not appeal to the regime and she was forced to leave.