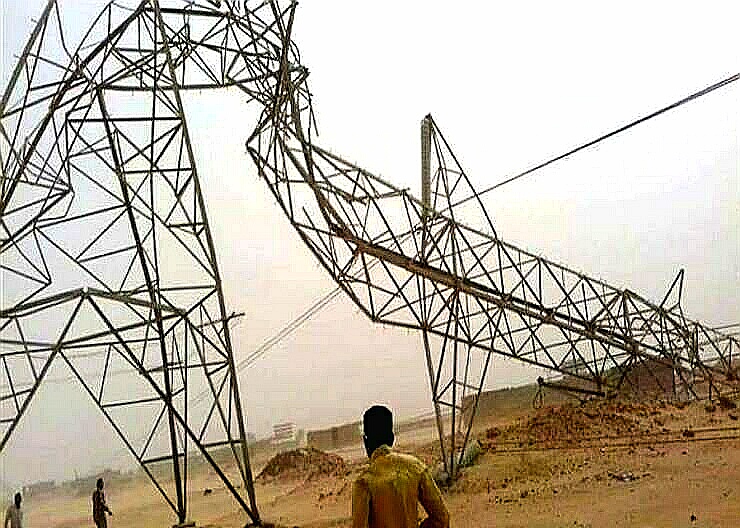 Egypt has witnessed an unprecedented wave of bad weather since 1994, which was represented by heavy rains in all governorates of the Republic, accompanied by storms, thunder, lightning and torrential rain in some places. Rain and storms caused the death of more than 15 citizens, in addition to losses in vital property and facilities and the disruption of traffic and roads. Nine people were killed in Helwan as a result of the collapse of the flood stream in the mountains of Wadi Hof, in addition to injuring more than 30 others and destroying a large number of cars and home fronts.

The strong storms in New Valley Governorate resulted in the fall of 27 electrical towers, and cut the electrical current to 3 separate areas in the governorate, while Qena Governorate witnessed the outbreak of about 25 fires in different places, as a result of short circuit in the lighting poles, in addition to the collapse of the roof of some of the houses in Karnak that resulted in the death of a child and the injury of 5 others.

The Railways Authority announced that all train journeys weresuspended for 7 hours, after two trains collided in the Rod al-Farag area in Cairo, injuring 13 citizens. While the movement of the first metro line stopped after the electricity grid was interrupted, and the above ground stations were flooded.

Social media users shared photos and videos showing a partial crack in the 26th of July main axis, as well as the middle ring bridge in El Shorouk City, in addition to drowning most of the main streets in Cairo and the governorates. These events are repeated with every bad weather wave and heavy rain, due to the deteriorating infrastructure in Egypt, and the absence of rainwater drainage networks.