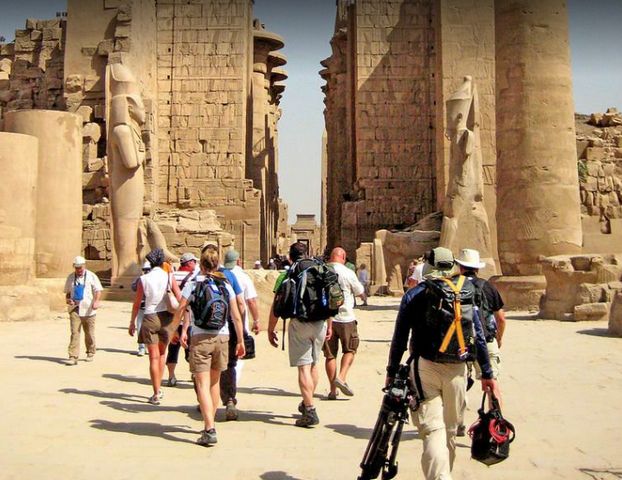 Egypt is likely grappling with a higher rate of coronavirus infections than official figures, according to research by Canadian disease specialists and increasing infection among tourists who departed in recent weeks.

At least 97 foreign nationals who visited Egypt since mid-February showed symptoms or tested positive for Covid-19 on return home, according to public health data and news reports. Most spent time on Nile cruises believed to be the source of the outbreak in the southern city of Luxor, a tourism hotspot.

Egyptian officials say that an additional 100 foreign nationals and Egyptians have tested positive for the coronavirus since mid-February. This includes a 60-year-old woman declared dead on Thursday in the Nile Delta city of Mansoura, 465 miles from Luxor.

Her death, the first of an Egyptian citizen during the current epidemic, came a week after officials removed 45 passengers from the Asara cruise ship later quarantined in Luxor. Some 82 passengers left quarantine on board the ship and travelled home just days later, after officials from Egypt’s ministry of health flew to Luxor to screen 558 more people – all tested negative. A further 27 people initially diagnosed with the virus retested negative, they added.

Tourism is a cornerstone of Egypt’s economy, and officials insisted on business as usual, stressing that tourist sites in Luxor remain open even as the country banned large public gatherings and closed schools. The Egyptian military announced new measures, including using the chemical weapons department to help with testing. But observers fear Egypt’s emergency measures may have begun too late, following limited testing, a tight grip on infection statistics and outbreak locations and potential legal action against anyone seen to be “spreading false news or rumours”, about the disease.

“We announce everything with complete transparency,” said Egypt’s prime minister, Mostafa Madbouly. Yet Taiwan’s Centre for Disease Control disproved statements by Egypt’s ministry of health that a Taiwanese woman on board the Asara cruise was the source of the infection in Luxor in late February. Instead, they said, analyses proved that the strain of the virus she contracted meant she was infected in Egypt.

Infectious disease specialists from the University of Toronto who studied the disparity between official and likely infection rates in places like Iran provided a grim picture of the possible spread of the virus in Egypt.

“Under the conservative estimate of Covid-2019 burden, where linked and ambiguous cases are eliminated, we estimated an outbreak size of 19,310 cases in Egypt,” they said, using a mix of flight data, traveller data and infection rates. “Egypt likely has a large burden of Covid-2019 cases that are unreported and greater public health clinical capacity may help identify and manage cases.”

The scientists used data from early March when Egypt officially had three cases of the virus, meaning the numbers are now likely higher. Khaled Megahead, the spokesman for Egypt’s ministry of health, did not respond to requests for comment.

Egypt has an overwhelmingly young population, meaning that fewer people will display serious symptoms of Covid-19. Many say privately they would opt to self-isolate if they contracted the virus, reluctant to surrender to a government that has quarantined people in a remote area close to the Libyan border, and detained doctors in the past.

“So far the testing process is very central. It is based on the scenario of if someone suspects that he is sick, he goes to certain places,” said a doctor at one hospital in Matariya, who asked not to be named.

Two doctors in Luxor dismissed the idea they could have overlooked cases, despite tourists leaving the city and reporting symptoms on returning home.

“There is no country in the world that can test the entire population,” said one, who screened passengers on the Asara last Friday and gave his name only as Bakry. Yet examples worldwide show that widespread testing is essential to understanding and fighting the highly contagious virus.

“There are specific symptoms and guidelines about how many and whom we have to test,” he said, adding that nine further cruise ships were tested on 6 March alongside the Asara. A German tourist on board the Hapi 5 Nile cruiser who was transported from Luxor to Hurghada hospital that day died two days later. Other passengers quarantined on board tested negative, and the cruise continued.

“We didn’t see people coming to the hospitals with symptoms. It doesn’t look like China, where people are falling down in the street,” said Islam Asery, a surgeon at Luxor International hospital. He stressed that he found official figures credible, and viewed honesty as a patriotic act. Still, he said, “Sharing information is sometimes seen as political because it’s attached to income coming from tourism. Our government and all of us dealing with this are being careful.”