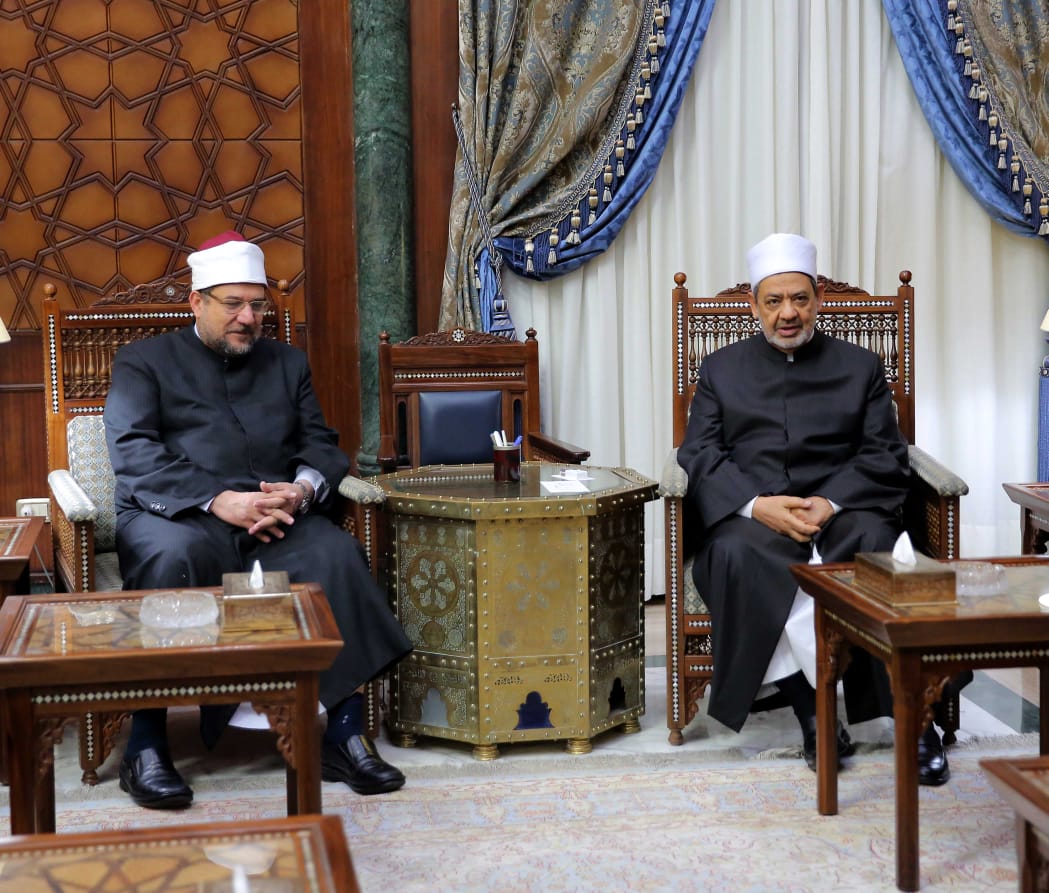 As governments and countries unite against the novel coronavirus, successive infections in Egypt have increased disputes. The most public dispute is what happened between the Al-Azhar Foundation, the largest religious institution in the country, and the Ministry of Endowments (Awqaf), which controls mosques in Egypt. Al-Azhar Al-Sharif issued a statement that included a fatwa permitting the closure of mosques and preventing Friday prayers and congregational prayers. Al-Azhar was not able to issue that in a decision, because it does not have the ability to do so, because the Ministry of Awqaf has control over the mosques. But the relationship between Al-Azhar and the Ministry of Awqaf is tense and the Egyptian government, including the Ministry of Awqaf, was not making tough decisions in the fight against coronavirus that is causing panic among the people. After less than a week Al-Azhar made a bold decision separately from the Awfaq Ministry to suspend Friday prayers and group prayers in Al-Azhar Mosque in order to prevent the spread of coronavirus. That decision came because the Al-Azhar Foundation was in control of Al-Azhar Mosque. In the wake of that decision, the Egyptian Ministry of Religious Endowments was forced to temporarily stop group and Friday prayers in all mosques.

The Egyptian regime has often accused the Al-Azhar Foundation of being a rigid, traditional religious institution, impeding the process of religious progress, as have the pro-regime media. But Al-Azhar has appeared in the corona crisis as a more advanced institution than the Egyptian regime, and the government and the Awqaf Ministry have lately tried to catch up with Al-Azhar. Al-Azhar embarrassed the Awqaf Ministry, which seemed hesitant and unable to make a decision, while Al-Azhar seemed ready to take the appropriate decision without waiting for the government.

Egyptian sources told Egypt Watch that there is another dispute within the wings of the Egyptian government regarding the measures that must be taken to confront coronavirus. The Egyptian General Intelligence Service (GIS) has called for rigid measures, including imposing a partial curfew, banning gatherings, stopping air traffic, and closing schools. The Egyptian government opposed these decisions, and held off for a long time on taking strong action that lead to the collapse of investment and tourism. But the GIS submitted a report to the Egyptian president which took decisions to implement the recommendations of the General Intelligence, albeit very late after the spread of the virus. Sources within the Egyptian regime said that the GIS criticised several ministries in the government for its poor performance in implementing decisions to confront coronavirus. Among those ministries that were criticised by the GIS was the Egyptian Ministry of Interior. The GIS said that they slackened in implementing the decision to close cafes and other gathering places from seven in the evening until six in the morning, and not to implement the decision at all in some areas in Upper Egypt. GIS sees that the pro-regime media did not play its role in educating people, nor did they effectively pave the way for curfews or preventing gatherings, especially in popular areas that so far seem difficult to control. GIS has begun to explicitly suggest that the Egyptian army should prepare for an emergency plan in light of the government’s inability to act effectively to counter the virus.

On Saturday, military equipment belonging to the Chemical War Force was deployed in some areas of Greater Cairo in an unprecedented scene that some citizens believed was the beginning of the curfew. Military tanks and armoured vehicles were also deployed in small numbers in both Nasr City and Heliopolis around the military facilities of the central region and near densely populated areas. Military equipment also appeared in the cities of Sheikh Zayed and October in Giza, near the pyramids and on the roads leading to Cairo from the north-east and west, the South West Road and the Fayoum Road.

A new economic venture for the army: Dubci competes with Uber...