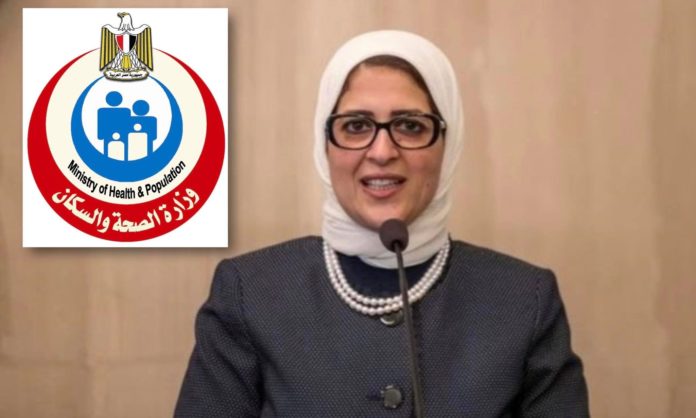 On July 18 2018, Hala Moustafa Zayed took office as the second female minister of health in Egypt’s modern history. Since her assignment to the position of health minister, Zayed has generated a lot of controversy about both of her qualifications and her performance. “I did not want to study in the scientific section, as I wanted to study in the literature section; I wanted to join the faculty of economics and political science, but I was forced to join the scientific section and forced to study medicine,” Zayed said in an interview. The statement generated comments about her qualifications and her career. Zayed graduated from the Faculty of Medicine at Zagazig University in 1991, and then she worked for 14 years as an obstetrics and gynecology specialist with a diploma in obstetrics and gynecology from Ain Shams University. Since 2006, Zayed has held numerous positions in the ministry office including minister’s assistant for supervision affairs, general manager of strategic planning and monitoring department in the ministry, the chief of the anti-corruption commission and many other administrative positions. After the military coup in July 2013, Zayed assumed the duties of the acting minister for days and she had a role in the falsification of the death toll in the Republican Guard shooting when she hid the real numbers and issued a law criminalising the opposition. According to Youm7 she took a patriotic stand against the Brotherhood leaders in the Ministry of Health and thwarted their attempt to smuggle important papers, documents, and files from inside the ministry office, which may shed some light on how she got her job at the ministry and how she earned the regime’s confidence.

The minister of presidential initiatives
At the beginning of October 2018, the initiative of 100 Million Sehah aimed to eliminate hepatitis C and the early diagnosis of non-communicable diseases; hypertension, diabetes, and obesity. The ministry launched a women’s health initiative on July 1 2019 for early diagnosis of breast cancer for 28 million Egyptian women. In February 2019, the ministry launched the initiative of the early diagnosis of obesity, anemia and dwarfism for 12 million students in 22,000 schools. Zayed stated several times that she is proud to implement the president’s orders as she said in an interview on RT, “there is no country [that] has such political support for health, the president himself declared such initiatives and [is] closely following [them].” “I’m proud that Egyptian Ministry of Health implemented the vision of Egypt’s leader [with] 100 per cent success,” Zayed added during questions in parliament.

The first interpellation for a minister in the House of Representatives
After five years of parliamentary elections, Zayed was the first minister subjected to questioning in the history of the current parliament. The interpellation of the minister was filed by the representative of Boulaq Ad Dakrour Mohamed el- Housieny, about the deteriorating conditions of Boulaq Ad Dakrour Hospital. El-Housieny and many other representatives demanded to withdraw confidence from the minister, but the questioning was rejected because of the absence of some who requested the questioning and ended with the allocation of EGP 150 million ($9.5 million) to improve the hospital. The speaker of the parliament considered the questioning as an alarm to the government. It wasn’t the first clash between Zayed and the parliament. In the last meeting with the budget committee in the parliament May 2019, she demanded the ministry of finance provide EGP 96 billion ($6.1 billion), but the approved budget was only EGP 73 billion ($4.6 billion.)

Zayed and the health system
Comprehensive Health Insurance is one of the major projects that shed some light on the perspective of the minister and health system. It was activated in Port Said on July 1 2019. The social solidarity system in means the state is taking care of those who do not have the means to pay and the family is the coverage unit, not the individual. The implementation of the Comprehensive Health Insurance comes in the middle of a severe shortage of doctors, according to Almawkef Almasry . There are 60 per cent of doctors working in Saudi Arabia, and between 15,000 and 20,000 in the USA, Canada, and Australia. Zayed told RT that “the problem of the lack of doctors is the responsibility of the Ministry of Higher Education to increase the number of medical graduates.” Zayed added that “the minister of higher education issued instructions to increase the acceptance rate of medical faculties to increase the number of doctors.” Instead of talking about the results of this step which may affect the quality of the medical service provided, the minister ignored talking about the low salaries of doctors, the lack of hospital security, the shortage of supplies, in addition to the inconvenience allowance, which is EGP 19 ($1.20). The number of doctors resigning are increasing which will cause a crisis in the future as WHO determines the minimum rate of healthcare providers at 3.4 per 1,000 inhabitants. The rate in Egypt is 2.2 per 1,000 inhabitants. Besides, the misdistribution of doctors increases the problem, according to Almawkif Almasry. There are 45 per cent of Egyptian doctors settled in Cairo, while there are 450 health units in Upper Egypt and rural areas without any doctors, which means 1,800 villages are deprived of any health services. Hala Zayed cannot afford the long history of the decay of the health system in Egypt, but the minister is part of the same chain of mismanagement which was obvious in the Minya’s doctors’ accident. She is also responsible for bringing doctors to El-Nagila Hospital without informing them about the nature of mission, which was working in quarantine with positive coronavirus cases.