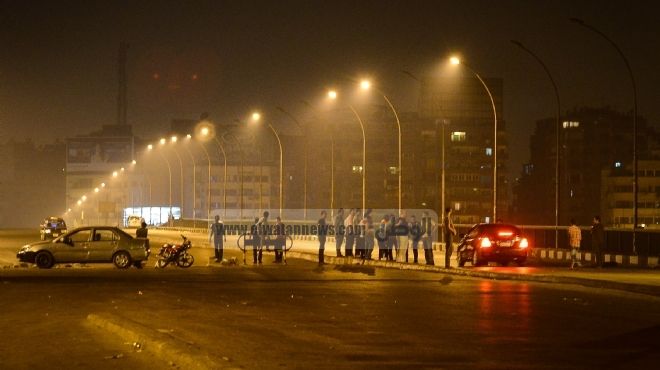 Sources have told Egypt Watch that Egypt is currently preparing to impose a total curfew on the country in order to combat the spread of COVID-19. Those sources confirmed that Cairo intends to impose measures of the third stage of confronting the spread of the virus, and that among these measures is a total curfew. According to those sources, the Egyptian regime was planning to impose a curfew when the number of the infected officially reached 1,000, but nevertheless began to review the preparations again, amid warnings that the economic losses would be fatal.

The Minister of State for Media in Egypt, Osama Heikal, has hinted at the possibility of imposing a total curfew on the country if the numbers of infections and deaths continue. He said in a phone call to the El-Masry Effendi TV show on Saturday that the first and second stages of the coronavirus outbreak took about 47 days, which is a “very good” indicator that the second stage should continue for another period of time. Heikal pointed out that the World Health Organisation developed a new indicator last week to measure the severity of the virus, which is the rate of infected people in relation to the population. He confirmed that in the third stage procedures will be tightened including imposing a stricter curfew and preparing a number of university hospitals and private sector hospitals so they can receive coronavirus patients. The Egyptian minister added: “We are concerned that the corona infection will double in the coming days, beyond the capacity of the medical sector.” “The full curfew is imminent if the numbers of injured people worsen, which will affect the economy in a very negative way.” He denied any talk of the resumption of flights: “Most of the infected cases entered Egypt from abroad.” He explained that the crisis will become more acute if the hospitals do not absorb the infected, and he appealed to citizens to cooperate with the government, by following precautionary and preventive measures, so that it does not need to enter the third stage.

Egyptian authorities continue to implement strict measures to limit the spread of the virus, the most prominent of which was the imposition of a night curfew, which began 10 days ago, as well as stopping internal and external flights and closing mosques, churches, shopping centres, and restaurants.

The full curfew threatens many daily workers who have lost their income due to reduced working hours, while a large number of workers have been laid off. The repercussions of the crisis were not limited to daily workers only, but also spread to farmers, and employees in companies or institutions owned by individuals.

Egypt has officially recorded 1,173 cases, including 78 deaths and 247 recoveries, but Canadian researchers says the real numbers are much higher. Egyptians are hoping that the coronavirus crisis will end soon. Return to work has become a concern for millions of families who have no income since the curfew was imposed, and who fear that tightening the measures will make their situations far worse.