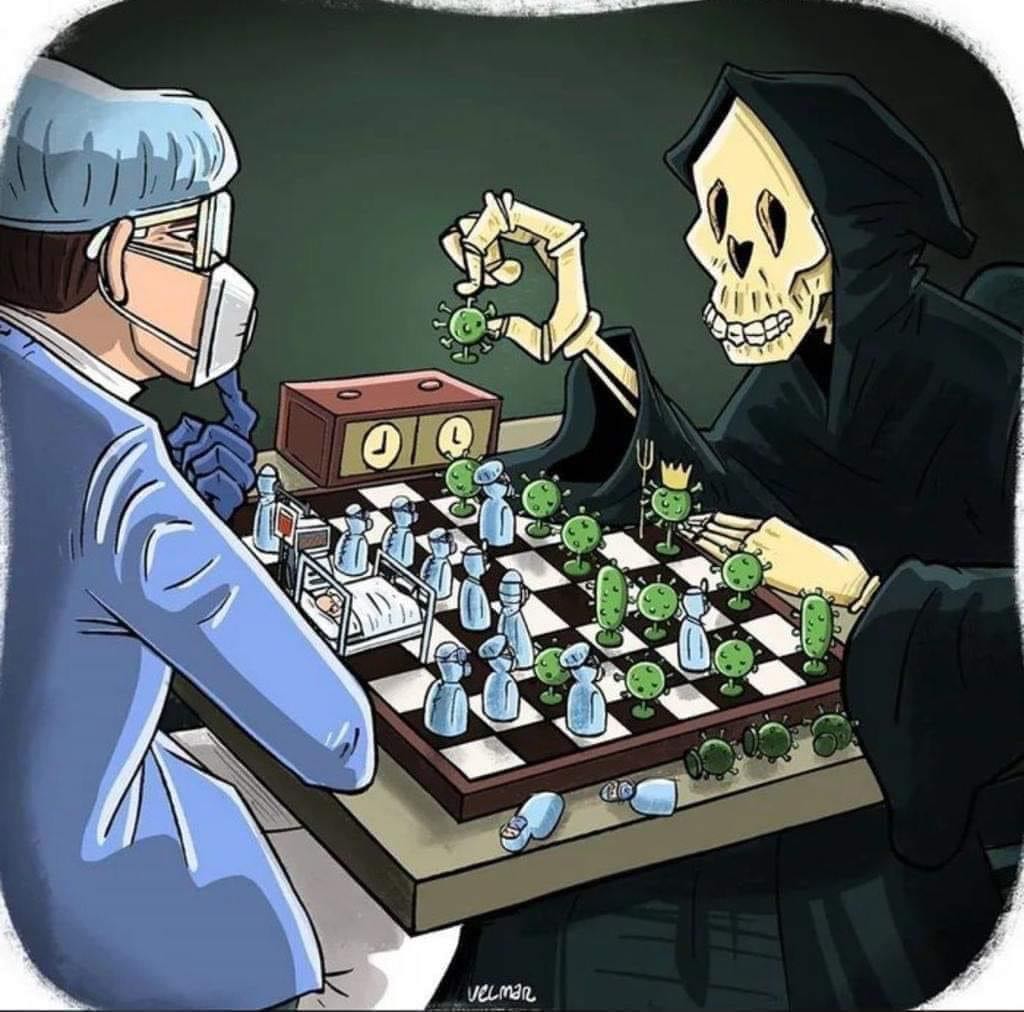 Coronavirus infections in the Egyptian medical sector have raised many questions about the sector’s ability and efficiency in dealing with the epidemic. During the past few days, the Egyptian authorities closed a number of hospitals, institutes, and medical centres in various governorates due to the increasing number of infections of medics. Medics have complained about a significant shortage of sterilisation methods and masks to protect themselves against the coronavirus pandemic, and many doctors have accused authorities of not providing the necessary equipment to keep them safe.

With the number of coronavirus infections inside the country at 1,931 with 146 deaths, fears have risen about the worsening situation inside Egyptian hospitals, and observers have speculated that the health system will collapse if the rate of infection increases. According to local media and official data, 22 members of the medical staff in Al-Zaytoun Specialised Hospital in Cairo were infected with coronavirus due to contact with an infected patient who subsequently died. Also, it was announced that 30 medical staff and workers tested positive at El-Mabrah Hospital, as a result of contact with an elderly patient. A hospital nurse posted a video clip on Facebook, crying inside the ambulance as she went into quarantine after she was infected with the virus. The situation was further complicated by the fact that the hospitals of Ain Shams and Al-Azhar universities in central Cairo announced cases among their staff.

The Egyptian authorities closed the National Cancer Institute in central Cairo due to the outbreak of the coronavirus including 17 doctors and nurses. An investigation was opened into the incident, which sparked a wave of anger in Egypt. The institute is the largest of its kind in Egypt and the Middle East, and annually serves about 300,000 patients and employs 600 nurses and 750 doctors. A doctor called Mohamed Ramadan revealed in a video clip the infection of 21 cases among doctors, patients and radiologists at Sadr Dikirnis Hospital in Dakahlia Governorate (Nile Delta). Also, the Magdi Yacoub Global Heart Surgery in Aswan declared four cases of coronavirus infection, including a patient and three members of the security staff. Last month the Egyptian physician, Ahmed El-Laowah, a professor of clinical pathology at the Faculty of Medicine at Al-Azhar University, died after he caught the virus at work. It was reported that he needed an artificial respirator but was not put on one.

In an attempt to stem the increase in coronavirus infections among health workers, the Egyptian government has resorted to closing several hospitals. Authorities closed the Al-Salam Hospital in Cairo after two cases were discovered and then sterilised the hospital. The Ministry of Health also closed down the Alexandria University Student Hospital in Al-Shatby after discovering a positive case and five suspected cases who were in contact with the confirmed case. All patients, doctors and nurses were quarantined at the hospital for 14 days. Tosson Hospital in Alexandria was also closed after a nurse tested positive as well as Mabarrat Al-Asafra laboratories after one of its employees caught the virus. In Beni Suef Governorate in Upper Egypt, a decision was issued to close Beni Suef Hospital for three days so that it could be sterilised after there were five positive cases there, including two nurses and three administrators.

Egyptian doctors complain of a large deficiency in preventive supplies and that they have been forced to buy masks at their own expense at a time when Egypt has provided about a million and a half masks to Italy. As a result of that suffering, some doctors resorted to social media to explain the problems they face while performing their work, foremost of which is the absence of safety methods such as masks and medical gloves. Doctors are demanding for missions to be sent to hospitals to ensure that adequate preventive equipment is in place, and to conduct checks for all medical personnel, before the “white army” (medical sector as called in the media) collapses.

In an attempt to respond to these criticisms, General Abdel Fattah al-Sisi attacked whom he called the “bad guys” responsible for questioning the state’s capabilities to confront corona. He justified sending aid to Italy, saying, “When we give a helping hand to the sister and friendly countries, we confirm our solidarity with the severity that this country suffers from,” and he stressed that “Egypt is ready to deal with the coronavirus and ready at the same time to provide aid to the affected countries.”

Ayman Nour, the former presidential candidate and head of Revolution’s Tomorrow Party, said that the Egyptian authorities do not provide the necessary medical equipment and means of protection to doctors in Egypt. Nour pointed out that an Egyptian doctor who previously conducted important research on the coronavirus and the SARS-CoV-2 is a political prisoner currently in the Egyptian regime’s prisons, calling for the release of about 1,000 doctors and health sector workers who are among the political detainees in the country.

Bottom of the global ranking

Arab countries including Egypt come at the bottom of the global ranking as their health care systems are weak and their diagnosis and treatment are old fashioned, according to a report issued by the World Health Organisation last year. Public hospitals have been suffering from a lack of government investment for decades, with recourse to donations to meet the growing healthcare needs, according to Reuters. The Ministry of Health received only EGP 1 billion pounds ($64 million) from a package of EGP 100 billion ($6.4 billion), which was allocated by the Egyptian government to face the repercussions of the virus. Egypt allocated EGP 125 billion from its budget of EGP 1.6 trillion during the fiscal year 2019-2020 for the health sector, most of which goes on wages and salaries.

Doctors in Egypt receive low salaries, starting from EGP 3,000 (about $180), much lower than what judges, for example, or the police and army receive, which forces them to emigrate, work in private hospitals or start their own clinics. According to the Egyptian Deputy Minister of Health, there are 120,000 doctors in Egypt, including 60,000 working outside the country, which exacerbates the shortage of qualified medics to deal with the global epidemic.

As evidence of the exacerbation of the crisis, the Ministry of Higher Education, in coordination with the Ministry of Health, has implemented the “Stay Ready” initiative to allow the last (seventh) year students of the Faculty of Medicine to work, and train 4,500 students to deal with the virus. The available data on the ground confirm that the “white army” in Egypt is facing a shortage of cadres, is weak, and may collapse if the pressure on it increases as the number of infections goes up.

Robot Ai-Da and the Egyptian Strategy for Human Rights: A New...