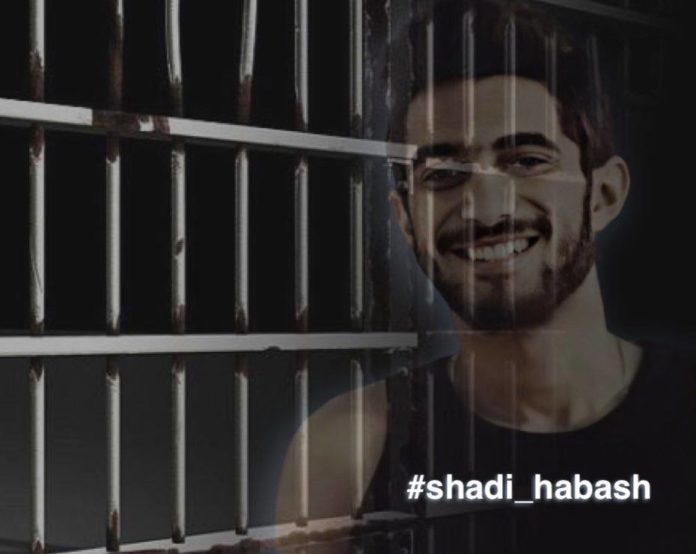 After more than two years in pretrial detention, Egyptian filmmaker Shady Habash died on Saturday in Tora Prison. The authorities reportedly refused to rescue him. There is a long list of those killed by deliberate medical neglect in Egyptian prisons under President Abdel Fattah al-Sisi and the filmmaker is the latest to join this tragic list.

They charged him with producing a song

Habash was arrested in March 2018 when he was 22-years-old, for his participation in producing a satirical political song, Balha, that criticised al-Sisi, who was just running for a new term in the office. Habash was included in case No. 480 of 2018, which was handled by the State Security Prosecution. Ultimately, he was accused of joining a group founded against the law, spreading false news, and misusing social media.

The Supreme State Security Prosecution, a tool in the hands of the regime to punish political activists, did not refer Shady to trial, despite his imprisonment that lasted for more than two years. This means that they did not have the necessary evidence. According to human rights lawyer Khaled Ali, if the evidence was there and if it is likely that he had committed what the investigators charged him with, the prosecution would have referred him to trial.

In a letter from prison in October 2019, Habash expressed his need for support in order to pressure the regime to release him, saying, “I need your support. I need you to know that I am still in detention, that they [the authorities] have forgotten about me, and that I am slowly dying… I know I am standing alone in front of all this. I know I have many friends who love me but are afraid to write about me or are convinced that I will get released without their support… I need you and I need your support more than ever.”

According to his lawyer, Ahmed al-Khawaja, Habash’s mental health deteriorated sharply during the recent period, which reflected on his health. He was transferred to the prison hospital, the lawyer said, but they returned him to the prison cell and he remained there until he died.

Reports from Tora Prison, whose prisoners have been banned from visiting for than two months, say that the young filmmaker died after suffering a health crisis. His cellmates were crying out for help, but the jailers refused to listen until he died.

Political prisoners back to the fore

The coronavirus outbreak in Egypt has kept the issue of political prisoners out of focus, but Habash’s death brought it back to the fore.

The Democratic Civil Movement (DCM), a group of seven opposition parties, sent condolences to Habash’s family, criticising the authorities that made the young man spend two years in pretrial detention. The DCM also called for an immediate and transparent investigation into the circumstances of his death, and requested a fact-finding committee from the National Council for Human Rights.

The DCM reiterated its demands to review the situation of those held in custody pending political cases, to release political prisoners who were not involved in violence, and to keep investigating them, if necessary, while they are out of prison.

“Sad and painful news. Shady is in a better place now, far from the cruelty of our unjust world. Goodbye, young, talented man,” said singer Yousra al-Hawary. His sister, Lama Habash, wrote, “May God have mercy upon your soul, Shady. People loved you and you died on blessed days. We ask God for patience. God knows you have a beautiful heart.”

Habash would have been alive if he had not been detained, and if the Egyptian state respected freedom of opinion and expression and had not been affected by a song which did not incite violence of any kind. He would have been alive if the prosecution had done its job, respected its role and released him, in compliance with the law which stipulates that the maximum period of pretrial detention is two years.

What happened to Habash reveals how fragile the Sisi regime is. The regime could not tolerate the presence of a person who, even ironically, criticised the president outside the prison walls, so they imprisoned and abused him, then deliberately killed him by medical negligence.