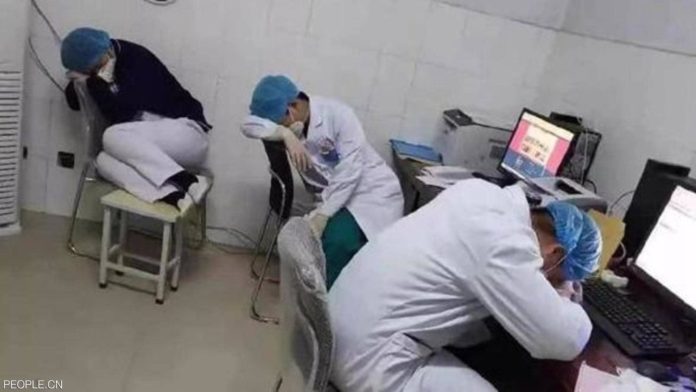 Assistant Minister of Health for Financial Affairs, Major General Wael Al-Saie, said that the reward for doctors in isolation and quarantine hospitals is 350pounds ($ 22) for a maximum of one working day. Al-Saie denied that the Ministry of Health promised to pay a reward of 20 thousand pounds to the medical team in the isolation hospitals, stressing that the reward amounted to a maximum of about 4900 pounds for direct contact, and 2450 pounds for indirect contact with patients.

The medical Union has previously addressed the Ministry of Health, regarding complaints by doctors working in quarantine hospitals, that the rewards announced by the Minister of Health at the beginning of the crisis of the outbreak of the Coronavirus have not been disbursed, as the 2000 pounds that were given to the first group of doctors at Al-Najila Hospital.

Doctors in Egypt receive very little salaries, at only $ 180 per month, which is the lowest salary doctors in the world receive.

Anger in Egypt over Emirati declaration about food aid to Egypt