EgyptWatch
Home Reports Coronavirus creeps up on officials in Egypt 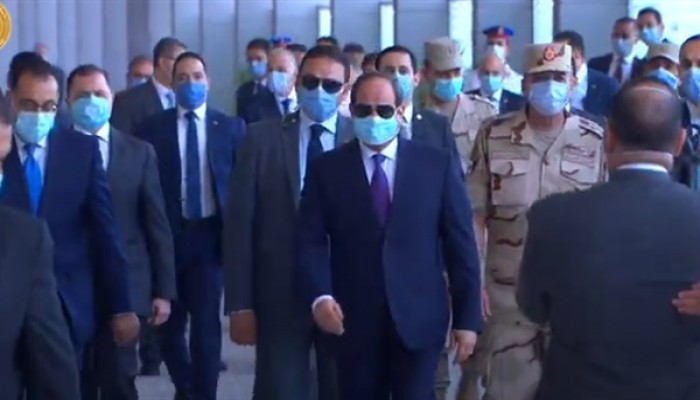 Egyptian media reports have revealed that coronavirus infections are no longer confined to the poor or marginalised and the general Egyptian population only, but have begun to clearly threaten Egyptian officials who discovered the presence of corona among their assistants.

The biggest controversy in this regard was about the infection of the Egyptian Health Minister Hala Zayed with coronavirus, which forced the Egyptian Ministry of Health spokesman, Khaled Mujahid, to deny these rumours. Mujahid said that the allegation that the health minister was infected with the coronavirus and is isolated at home is baseless. He stressed that the health minister is working and there is no truth to what is being circulated, according Al-Watan daily.

The sources pointed out that the minister’s self-isolation came after the minister had contact with two of her office employees, who were found to be infected with the virus this week, and transferred to an isolation hospital in Cairo. In addition to Hala Zayed, the infection of the former Minister of Petroleum, Sameh Fahmy, was confirmed, and Twitter users shared information about the infection of the governor of Dakahlia (North).

Daily coronavirus infections recorded their highest level ever for the third day in a row in Egypt, the Ministry of Health announced, on Wednesday, with 745 new cases of coronavirus, the highest daily outcome since the virus spread in the country.

The successive rise in the numbers of casualties forced General Abdel Fattah al-Sisi to try to reassure the Egyptians. Al-Sisi, during his inauguration of a number of development projects in Alexandria on Thursday morning, said: “The rates of increase in the number of cases of coronavirus infection are now considered a natural development,” without explaining how.

Al-Sisi added: “It is possible that these numbers are less or more than the current numbers in simple proportions, but this depends on Egyptian people’s behaviour, not the health system.” He stressed the need for citizens to abide by precautionary instructions and procedures to reduce numbers as much as possible.

Observers warn that the Egyptian regime is trying to blame the spread of coronavirus on the Egyptian people, and claim that it does not adhere to the instructions, while the government is not taking adequate measures. However, al-Sisi’s statements do not correspond to the leaks about what is going on to protect al-Sisi himself from infection.

Media leaks said that al-Sisi imposed strict measures on those around him, and that the scope of his interviews or personal contact with him are minimal. Frequent leaks indicate that al-Sisi’s escort team are being examined daily, and that no one is allowed to meet al-Sisi without being examined and virus testing carried out first.

Opponents say al-Sisi imposed these stringent measures after the virus began creeping up on officials and the wealthy in Egypt. But opponents criticised the fact that al-Sisi conducts an examination of those around him every day, with repeated PCR testing for guards who do not have any symptoms of the virus whilst hospitals refuse to test hundreds of Egyptians. 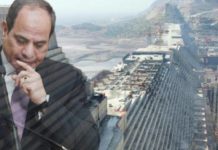 Egypt is drowning: The government is powerless