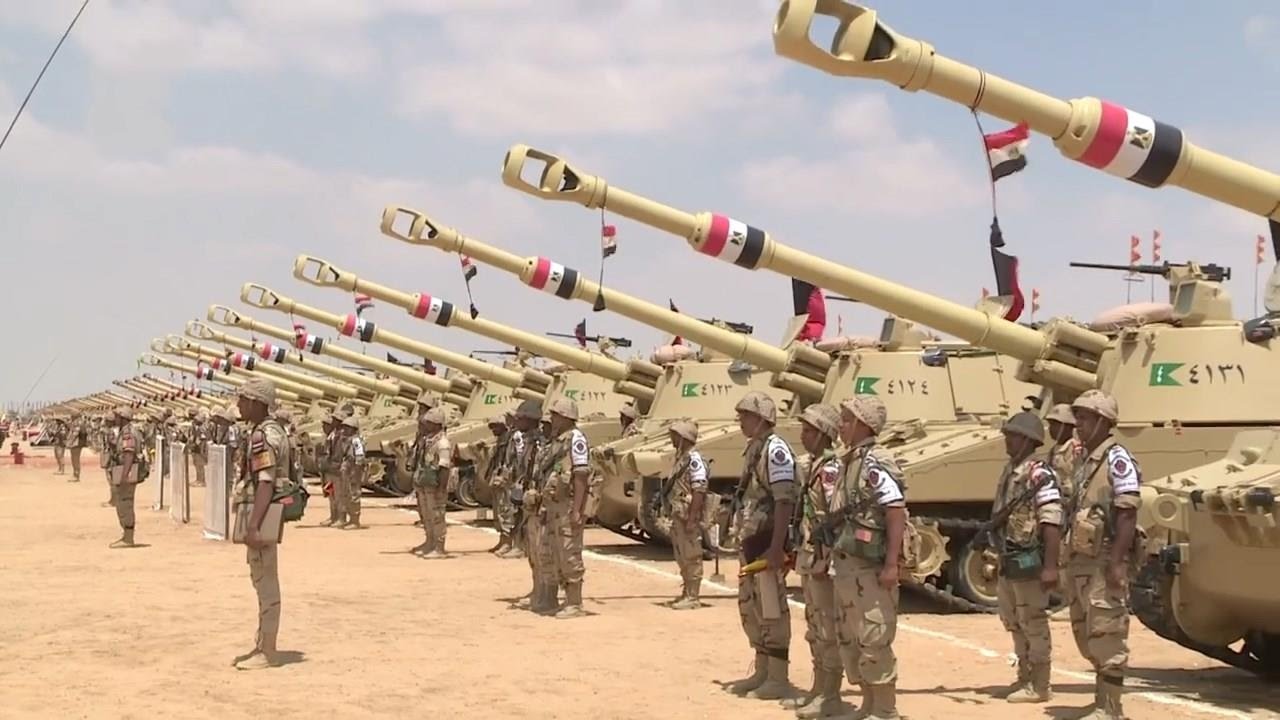 A few days ago, the Egyptian Foreign Ministry intensified its contacts with European countries to return the Libyan crisis to the political track. Cairo received the Speaker of the Parliament of Eastern Libya Aqila Saleh, and sources said that the Libyan General Khalifa Haftar is expected to arrive soon. Sources in the Egyptian regime told Egypt Watch that General Abdel Fattah al-Sisi will try to persuade his Libyan allies to accept a political solution in Libya.

Observers say that the new direction of the Egyptian regime is a noticeable shift in Cairo’s position, the main supporter of the Libyan General Khalifa Haftar, after incurring heavy losses during the past two months to the Libyan Government of National Accord, the GNA. This Egyptian transformation appears to be an attempt to find a political settlement in Libya after Haftar lost strategic bases and sites, and the tide of battles has turned in favour of the GNA supported by Turkey. Along with the UAE, Saudi Arabia, France, and Russia, Egypt is among the most prominent supporters of Haftar, while the al-Wefaq government is mainly supported by Turkey. For a long time, Haftar refused any political solution, and it seemed that this was due to an Egyptian request.

Since 2014, the regime of President Abdel Fattah al-Sisi has provided significant political, military, logistical and media support to Haftar, and he has often been received in Cairo as a commander for the Libyan National Army (LNA), but Haftar’s attempts to take over the Libyan capital by force and create a pro-Cairo military regime seem to have failed.

In exchange for generous support for Haftar, for almost seven years, Egypt has not received any significant gains to compensate. Because of the increased Egyptian support for Haftar’s forces, the Egyptian regime lost its neutrality towards the Libyan crisis, and al-Sisi was classified by the Tripoli government as an “axis of evil” amid calls for the prosecution of regional parties involved in fueling the Libyan conflict, which has continued since 2011.

It can be said that the “proxy war” taking place in Libyan territory opened the door to a foothold in front of Western forces from several countries, which could later develop in establishing military bases for foreign powers including a base for Russia in eastern Libya and a base for NATO, in the south.

Egypt fears that Haftar’s successive defeats will give Turkey a golden opportunity to transform the al-Watiyah base (west of the country) into a permanent Turkish military base in Libya. In the event that this scenario is achieved, Egypt may have opened an opportunity for the expansion of Turkish influence on its Libyan neighbour, near its western borders.

The western border between Egypt and Libya extends for a distance of approximately 1,200 kilometres, and the expenses bill to secure these borders will increase significantly with the presence of Turkey, the regional enemy of al-Sisi’s regime, near the western gate of Egypt.

The reconstruction of Libya is the second most prominent loss suffered by the Egyptian side, as a result of his involvement in a proxy war in the neighbouring country. According to estimates by the International Monetary Fund, the cost of reconstructing Libya amounts to about $100 billion, and perhaps more than that, in light of the damage to various facilities of the country after about 10 years of war.

Undoubtedly, the Egyptian contracting companies want to seize a valuable share of the reconstruction projects in Libya and rehabilitate the infrastructure in the oil-rich country, but the decision-maker turned a blind eye to this, in exchange for an attempt to install an ally to govern the country. In March 2019, the President of the General Union of Chambers of Commerce Ahmed al-Wakeel warned that Egypt might not find a place in the Libyan reconstruction map, calling for the necessity of Egyptian investors to speed up contact with its Libyan brothers to discuss reconstruction.

In the same month, the Alexandria Chamber of Commerce (north of the country) announced the readiness of an Egyptian delegation comprising representatives of sectors and industrial and productive activities to visit Libya in order to study the market and its needs for reconstruction projects.

According to the Minister of Foreign Affairs in the government of eastern Libya, Abdel Hadi al-Hawij, the number of Egyptian workers in Libya declined to only 10,000, compared to the approximately 2.2 million Egyptians working in Libya before the fall of the regime of Muammar Gaddafi in 2011. The Libyan market needs two million Egyptian workers, including professionals, technicians, engineers, and doctors, according to the president of the General Union of Libyan Chambers of Commerce and Industry, Mohamed al-Raidh. Al-Raidh expects that Egyptian labour will have the lion’s share in the reconstruction process, which is witnessing a major stumbling block and possibly a complete halt due to the continuation of the war in several regions throughout the country.

The head of the Division for Overseas Employment at the Federation of Egyptian Chambers of Commerce Hamdi Imam says that the process of rebuilding Libya can accommodate about three million Egyptian citizens. It is noteworthy that of the Egyptian workers who are currently present in Libya, most of them are illegal, are smuggled across the border, and are often exposed to great risks by trafficking gangs.

Although more than a year has passed since the signing of an agreement to regulate the entry of Egyptian workers to Libya, last year, through two coordination offices in the cities of Salloum (Egyptian) and Musaid (Libyan), developments on the ground hit the agreement.

The Egyptian losses bill in Libya includes the exit of many Egyptian companies operating there, the most important of which are the Petrojet and Enppi companies, and the suspension of several projects in the oil and gas sector. In an attempt to remedy that, the Egyptian Minister of Petroleum, Tariq al-Mulla, held bilateral talks with the head of the Libyan National Oil Corporation, Mustafa Sunaallah, which culminated last October by announcing the return of Egyptian oil companies to work in Libya, and the completion of some suspended projects. Libya produces about 1.2 million barrels per day of oil and aims to raise its production to 2.1 million barrels by the year 2024.

The Egyptian losses include the loss of many armoured vehicles and military vehicles provided by Egypt to the Haftar forces, which were seized by al-Wefaq forces after its control of eight cities west of the country, in addition to the al-Watiyah strategic air base. In recent weeks, al-Wefaq forces have harvested many spoils, including UAE armoured vehicles, Chinese aircraft, Russian weapons, Egyptian ammunition, and American missiles that France brought to Haftar.

Among the strategic losses that will affect the Egyptian role later, its relations with North African countries such as Tunisia, Algeria, and Morocco, which consider the fall of Tripoli as a red line, are affected and see in Haftar’s project a threat to its national security. The losses of Egyptian relations are not limited to the countries of North Africa, because the Egyptian intervention began to affect its relations with European countries and the United States.

The USA recently raised its voice against direct and indirect Russian military intervention in Libya by sending combat aircraft to the Jufra area. US Secretary of State Mike Pompeo made a phone call twice to al-Sarraj and perhaps a direct one will be between the latter and President Donald Trump. A period of tension in Libyan-Italian relations also started to end recently and Rome began to intensify its contacts in favour of the GNA. NATO announced its willingness to support the GNA recently, and the Egyptian regime does not seem ready to confront NATO in Libya.

Double standards in the Mubarak regime’s prisons and the opposition’s detention...