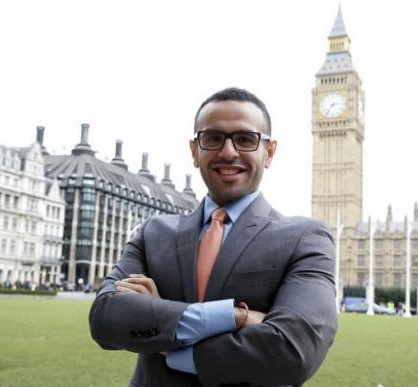 Egyptian security forces have stormed the homes of the family and relatives of the Egyptian-American activist Mohamed Soltan, who recently filed a lawsuit in the United States against Egyptian officials, including Egyptian General Abdel Fattah al-Sisi, in a torture case.

Soltan confirmed on Twitter that Egyptian security forces raided his family’s homes in Menoufia, north of Cairo, at midnight. Soltan said he saw the raid as an attempt by the Egyptian regime to prevent him from claiming his legal right to hold to account those who tortured him, through detaining his family.

Reuters said it had asked the Egyptian State Information Service, which manages relations with foreign media, to comment on what Soltan said, but the authority did not respond to its request for comment. Observers say that the Egyptian regime’s practices confirm Soltan’s charges in his lawsuit, rather than denying it.

Soltan, 32, filed a lawsuit with a court in the District of Columbia in the US capital early this month, targeting former Prime Minister Hazem al-Beblawy of directing him to be tortured. But that lawsuit also includes General Abdel Fattah al-Sisi, his former director of office Abbas Kamel who currently heads the General Intelligence Service (GIS), and three former leaders of the Ministry of Interior. In the lawsuit, the Egyptian-American activist demands that they be pursued if they enter the United States. The 46-page lawsuit is based on a law passed in 1991 in the United States that allows torture survivors to prosecute their torturers and get compensation.

Soltan, the son of a prominent Muslim Brotherhood member Salah Soltan (currently detained in Egypt), said that he was beaten and tortured while in detention for 643 days in Egypt following the overthrow of President Mohamed Morsi in 2013. The Washington Post made it clear in a report published about Soltan’s suit that foreign leaders are mostly immune from civil suits in the United States. But she noted that the Torture Victims Protection Act allows for cases against those involved in torture anywhere in the world to be brought if they are in the United States and are no longer in power in their countries.

Hazem el-Beblawy is currently residing in the United States, in McLean, North Virginia, close to Washington, while Mohamed Soltan resides in Falls Church, in the neighborhood almost adjacent to the one where al-Beblawy lives.

In Egypt there are no real trade unions