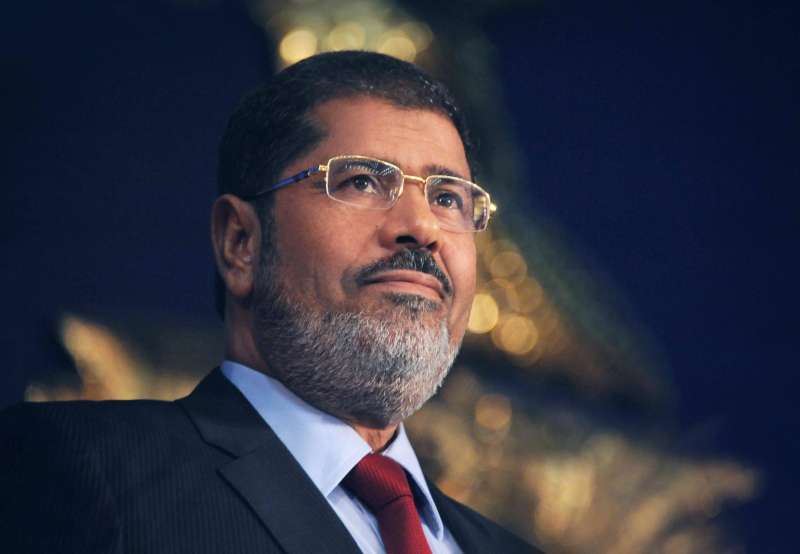 Although a year has passed since the Egyptian President Mohamed Morsi, the first democratically elected civilian president in the country’s history, died in prison while attending his trial session, mystery still surrounds the conditions of his death. There has not been any real investigations into or charges brought against the people responsible for his death.

At that time, the Egyptian authorities deprived his family of burying him in his hometown, in the village of Adwa, in the Hehia Centre in Sharqia Governorate (Nile Delta). It also prevented his funeral prayer and did not allow people to pay their condolences. Morsi spent six years in prison following a military coup carried out by the (then) Minister of Defence and the current president, Abdel Fattah al-Sisi, on July 3, 2013.

Since Morsi’s death on June 17 2019, international calls for an independent investigation into his death have been repeated frequently over an entire year, without being translated into reality. A spokesman for the United Nations High Commissioner for Human Rights, Robert Colville, called for a “prompt, impartial, comprehensive and transparent” investigation by an independent body to clarify the causes of his death.

On the sidelines of the G20 summit in Osaka, Japan, in the same month, Turkish President Recep Tayyip Erdogan called for a “thorough investigation” of all the circumstances of his death, noting that there are doubts about his death.

Later, Erdogan said that Morsi, 67, had been “killed and did not die from natural causes,” and pledged to strive for the trial of the Egyptian regime in international courts, and he also called on the Organisation of Islamic Cooperation to move towards this goal. The former Tunisian President, Mohamed Marzouki, described Morsi as a “martyr,” stressing that what happened to him was that he was “killed under torture.”

The British Tory MP Crispin Blunt stressed the need to open an “independent international investigation” into the circumstances of his death, saying in a statement that he “was not an ordinary prisoner.” The French lawyer Gilles Devers applied to the United Nations and the International Criminal Court to investigate the death of the late Egyptian president, stressing the need to send experts to Egypt to examine medical reports and determine the cause of death.

As for human rights organisations, Amnesty International and Human Rights Watch called on the Egyptian authorities to conduct an immediate investigation into the death of the former president. The Paris-based Justice and Rights without Borders also called for a transparent international investigation into Morsi’s death.

Inside Egypt, the Muslim Brotherhood described the death of Morsi as an “assassination,” calling for an international investigation.

The circumstances of his death

International demands to investigate the circumstances of Morsi’s death were reinforced by his conditions of detention and solitary confinement to which Morsi was subjected throughout his detention and until his death.

According to Amnesty International, Morsi was subjected to enforced disappearance for several months after his arrest, before his first appearance before a judge on November 4, 2013. The late president (he spent only one year in office), spent six years in solitary confinement, which placed great stress on his psychological and physical health. During his imprisonment, Morsi was permanently isolated from the outside world, and he was allowed only three family visits during his six years in prison. He was prevented from contacting his lawyer or doctor, and he was placed in a glass cage so he couldn’t be heard and no one could communicate with him.

According to local and international human rights reports, Morsi was deprived of medication, medical examinations as well as adequate food, exercise, and reading material. The British newspaper the Independent accused the Egyptian police of killing Morsi after they left him lying on the ground in court for 20 minutes without providing him with first aid.

In August 2015, Morsi revealed that he was a victim of attempted food poisoning, saying that he “refused to eat the food” and if he did “a crime would occur,” noting that five attempts were made.

In a 53-page report from March 2018, a British Parliamentary Committee (chaired by Crispin Blunt) monitored the conditions of Morsi’s detention, confirming his health had deteriorated more than a year before he died in a cage during his trial. The report stressed that Morsi suffers from diabetes, low blood sugar and high blood pressure, which caused him to fall unconscious. The committee stated that Morsi’s sight, back and bone pain deteriorated as a result of sleeping on the ground, while the authorities did not respond to requests to provide medical care and appropriate food for him at his own expense.

In addition to these health conditions, Morsi was held in solitary confinement and was denied access to his family, lawyer, or even other political prisoners, as well as books, newspapers, paper, pens, and a radio. The British committee concluded that Morsi did not receive adequate medical care, especially in relation to his diabetes and hepatitis, and described the conditions of detention as a kind of torture, and that these conditions may have “accelerated his death.”

According to a letter sent by the Guernica Centre for International Justice for the prosecution of violators of international law and human rights laws (based in London) to the UN High Commissioner for Human Rights in December 2017, “Morsi was arrested in solitary confinement that lacked minimum limit conditions in terms of ventilation and space, and without a suitable bed to sleep in.”

Despite the controversial circumstances of his death, the Egyptian authorities refused to respond to international demands for an independent and impartial investigation into the death of Morsi and claimed that Morsi’s death was “natural.”

It seems that the Egyptian President, Abdel Fattah al-Sisi, enjoys international protection from regional and international allies, most notably the Gulf States, Israel, the USA and Russia, which prevented serious international action to investigate the circumstances of his death.

Neither Washington, Moscow, or the capitals of Europe offered the first elected civilian president in the history of Egypt condolences, whilst the Israeli, Saudi, and UAE media celebrated his death.

Morsi’s family, who are subjected to a siege and harsh restrictions, have been prevented from prosecuting those responsible for his death, even after the death of the younger son of the late president, Abdullah, in September 2019, and the imprisonment of his eldest son, Osama, in December 2016.

Nevertheless, questions remain about the circumstances of Morsi’s death and those responsible for it. The answer may open the door to similar investigations into the deaths of dozens of political prisoners in Egyptian prisons, and extrajudicial liquidation operations against hundreds of forcibly disappeared civilians, as well as the massacres of the youth of the January 25, 2011 revolution.