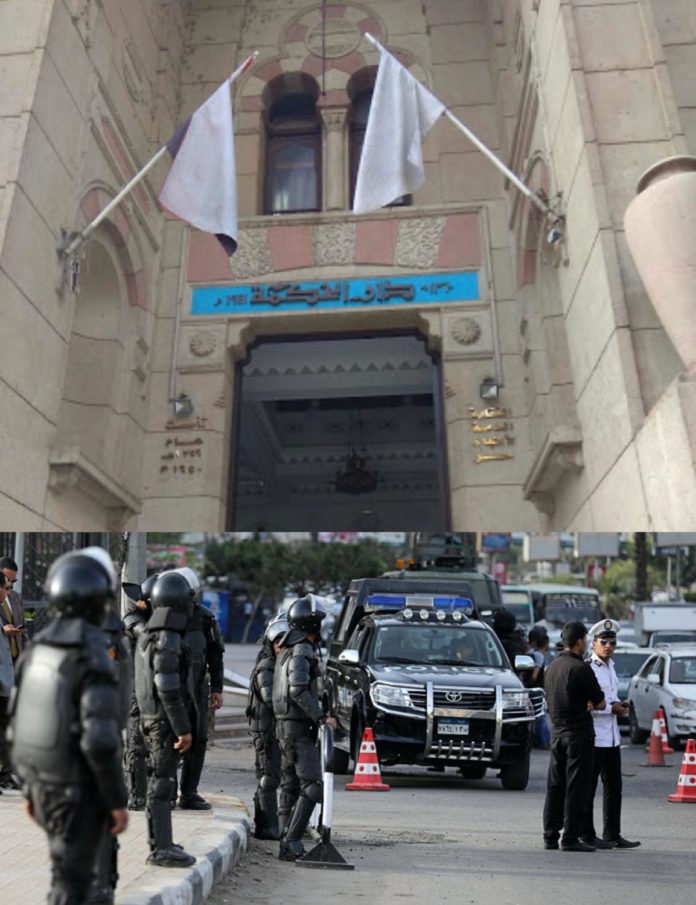 Egyptian police forces blockaded, on Saturday, the roads leading to the Dar al-Hekma (House of Wisdom) building, the headquarters of the Egyptian Medical Syndicate located in downtown Cairo and prevented doctors, including the head of the syndicate and the members of its board, from entering.

The step came in order to prevent the press conference announced by the EMS in response to the statements by Prime Minister Moustafa Madbouly who said that some COVID-19 deaths resulted from the fact that doctors didn’t attend their shifts. The EMS said on Facebook that its press conference was postponed indefinitely for technical reasons. The EMS published a statement in response to the prime minister’s statements, saying that “since the beginning of the pandemic, Egyptian doctors have offered the most wonderful example of sacrifice and work amid great pressure in their workplaces, starting from working in difficult conditions and a lack of protective equipment in some hospitals, to the constant attacks on medical personnel and the prevention of leave.”

The syndicate warned that such statements could fuel the anger of doctors who are already suffering, and could be considered as incitement against doctors. Additionally, the syndicate issued a list of 93 doctors who have died of COVID-19 until now. It is noteworthy that doctors constitute 3.5 per cent of the total death toll during the pandemic, while doctors’ deaths didn’t exceed 1.3 per cent in Italy, which is the highest rate in Europe.

The Egyptian authorities’ aggression against doctors extended to detaining several who criticised how the government has handled coronavirus. Accordingly, the EMS sent an official letter to the attorney general demanding the release of five of its members who are imprisoned on charges of publishing fake news on Facebook.

Amnesty International called on the Egyptian government to stop harassing and intimidating front line health care workers during the COVID-19 pandemic, including interrogations of and threats against doctors by the National Security apparatus (the Egyptian secret police).